The Carmen Jimenez Center, La Zubia, hosts an exhibition titled "Garnatah: Charm and Beauty" from June 30 to June 30, in which 23 works of Antonio Perez Ocete, Zubian painter, can be viewed. 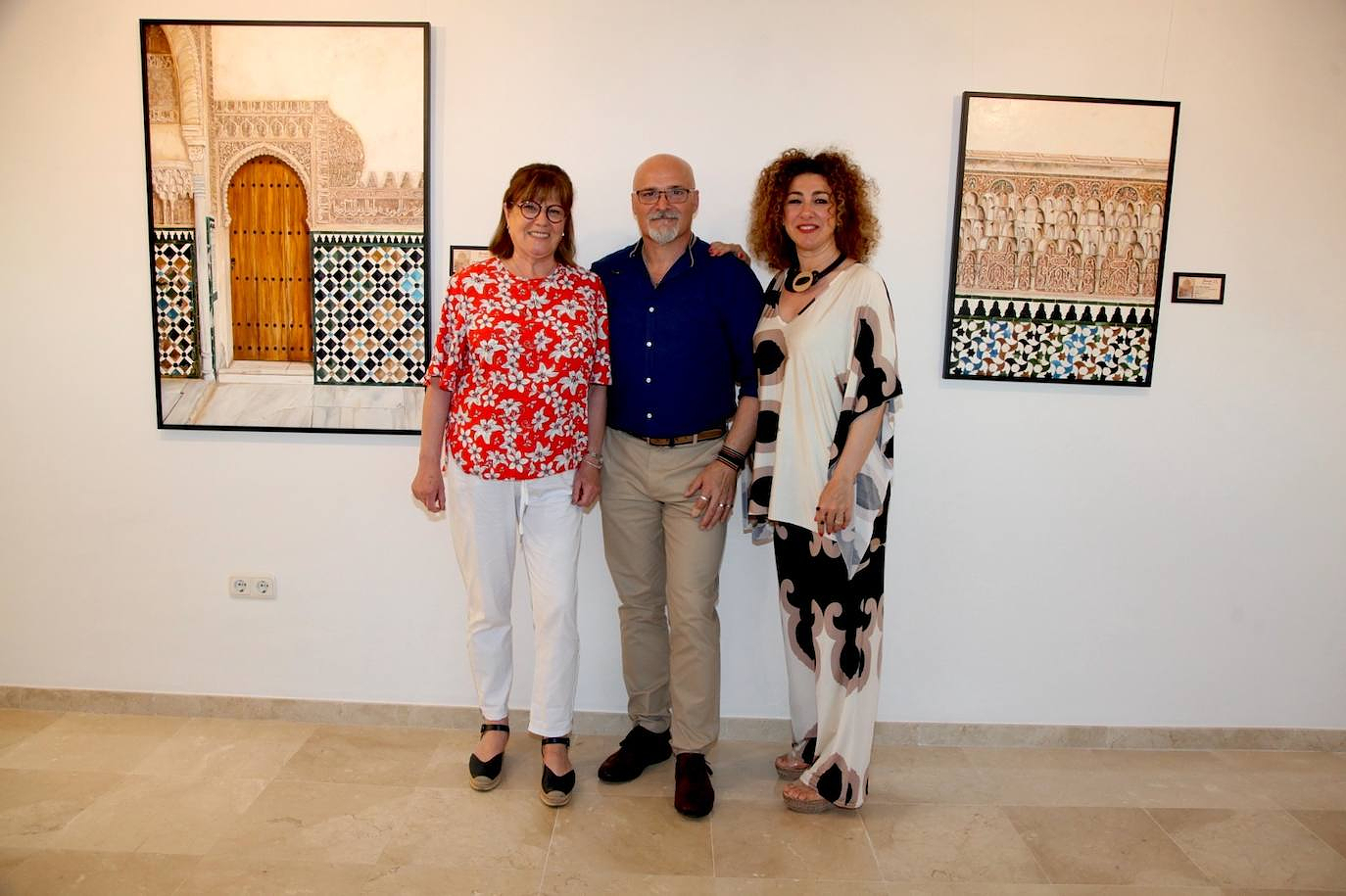 The Carmen Jimenez Center, La Zubia, hosts an exhibition titled "Garnatah: Charm and Beauty" from June 30 to June 30, in which 23 works of Antonio Perez Ocete, Zubian painter, can be viewed. All of the works are related to the Alhambra or Granada.

Perez Ocete was born in Granada, 1965. He currently serves as a caretaker driver at the Zubia healthcare center. Perez Ocete was a fan of drawing since a young age. He made his first paintings with paint at 12 years old, painting works like 'The Execution of Mai 2', The Royal Family of Carlos IV' and 'Virgende la Macarena'.

At the age of 13 he gave up painting. But, fortunately for us all, he picked it up again at 51. He made a portrait for a communion and received several commissions that encouraged his continued painting.

Perez Ocete admitted to being "very in love" with Alhambra, a "great jewel" that inspired all of his work and that imprints most of his oil paintings with an ocher colour. He created a work of spatiality and volume, because depth is, as Perez Ocete says, "the life of a painting." He adds that a painting without depth is dead. "A painting without depth doesn't have life. It is the thing in which you can see the beginning and end."

Marijose, a poet, painter and member of Art and Art Fair at the Literary and Scientific Art Center in Granada, took part in the opening of the exhibition. Paco Perez was also present, and he, along with Angel Alonso, recited several poems.

Puri Lopez, the mayor of La Zubia and Rosa Gamero, the Councilor for Culture encourage Granadans all to visit this exhibit, which is open from 10 a.m. until 2 p.m. Monday through Friday.

‹ ›
Keywords:
AntonioPerezOceteExponeGarnatahCentroCarmenJimenezZubia
Your comment has been forwarded to the administrator for approval.×
Warning! Will constitute a criminal offense, illegal, threatening, offensive, insulting and swearing, derogatory, defamatory, vulgar, pornographic, indecent, personality rights, damaging or similar nature in the nature of all kinds of financial content, legal, criminal and administrative responsibility for the content of the sender member / members are belong.
Related News