Antonio Espadas and Marcelo Gongora will be able to see their names on the street maps.

As a token of appreciation for their work and career, the beloved Ubetan artists Marcelo Gongora and Antonio Espadas will be honoured on the Ubeda street map. 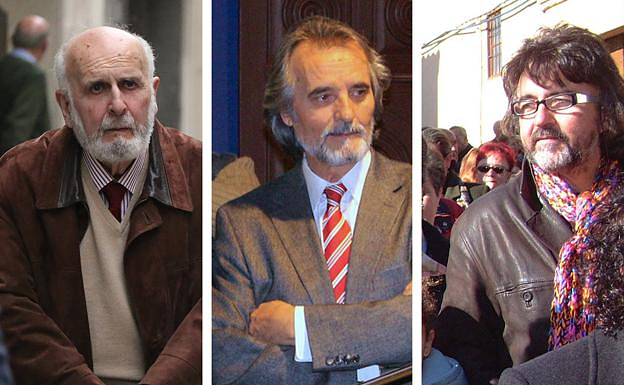 As a token of appreciation for their work and career, the beloved Ubetan artists Marcelo Gongora and Antonio Espadas will be honoured on the Ubeda street map. This well-deserved recognition was requested for several months via a popular collection that reached approximately 1,200 signatures in recent days.

It is also true that these distinctions will now be added to those of Jose Madrid, the well-remembered Ubetense photographer, and Colonel Miguel Monedero who were both natives of Beas de Segura, but are so closely linked to the hill town. The last City Council Culture Commission approved the proposal unanimously, taking into consideration the public clamor and other honors that were pending for some time. This demonstrates the importance of these dedicated citizens who are part the history of the municipality by naming streets, parks, or squares after them in order to preserve their memory and leave an imprint of their contributions at a social or cultural level. .

The Pintor Antonio Espadas park will be located in the vicinity of the Ejido de San Marcos. It is located between Manuel Orcera de la Cruz and Rafael Carrasco Lamas streets. Calle Fotografo Jose Madrid will be located very close to this road. It will be located between Cristo Rey avenue and 28 de Februaryro avenues, Marcelo Gongora street. The intersection of Antonio Munoz Molina and the Constitution will be marked by the Plaza Coronel de la Guardia Civil Miguel Monedero.

Other street names were also approved by the commission in the vicinity of Atalaya. These names included Ana Maria Matute and Carmen de Burgos as well as Maria Moliner. All the procedures necessary to create these new denominations will be completed once the decision has been made. They will then organize public events to make these new denominations official.

‹ ›
Keywords:
AntonioEspadasMarceloGongoraJoseMadridMiguelMonederoNombresCallejero
Your comment has been forwarded to the administrator for approval.×
Warning! Will constitute a criminal offense, illegal, threatening, offensive, insulting and swearing, derogatory, defamatory, vulgar, pornographic, indecent, personality rights, damaging or similar nature in the nature of all kinds of financial content, legal, criminal and administrative responsibility for the content of the sender member / members are belong.
Related News