"Today the government, the administration, tells us that the Balladur case law", according to which a minister challenged by justice must resign, "is no longer (. 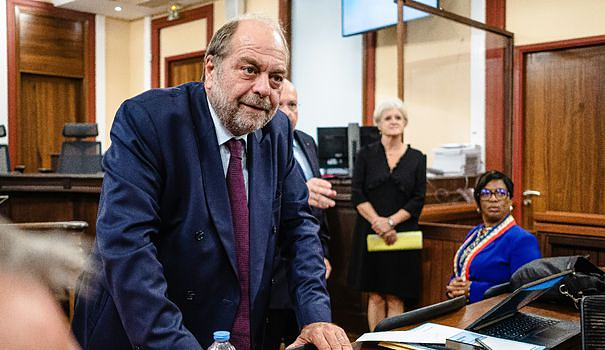 "Today the government, the administration, tells us that the Balladur case law", according to which a minister challenged by justice must resign, "is no longer (...) unless the pressure is too strong" , said Ms. Van Beneden, at a press conference in Paris.

"It means that there is a kind of barometer of the acceptability of breaches of probity, which in my opinion is unacceptable, but there is also a message that I invite you to relay", added the president of the anti-corruption association to the attention of the press, "it is that perhaps we have to put pressure to obtain the resignation" of these two senior officials of the macronie.

Monday morning, the Court of Justice of the Republic (CJR) pronounced the dismissal for trial of the Keeper of the Seals Eric Dupond-Moretti, accused of having taken advantage of his function to settle accounts with magistrates to whom he had opposed when he was a lawyer.

A few hours later, Monday afternoon, the indictment was announced on September 23 of Alexis Kohler, secretary general of the Elysée, for "illegal taking of interests" in the investigation into his links with the Italian-Swiss shipowner MSC.

The executive ruled out any resignation of the two men.

"We must protect the political power from that", commented Ms. Van Beneden, for whom these retentions are "incomprehensible". For this lawyer by profession, "it is up to the superior of Eric Dupond-Moretti and Alexis Kohler to draw the consequences of the discredit that attaches to these indictments and this referral to the CJR, which does not taint not only the reputation of these two extremely powerful men".

For Me Jean-Baptiste Soufron, Anticor's lawyer in the Kohler case, the latter "is being accused today of the most serious offense that can be attributed to a civil servant in the context of his duties".

"He is the number one in the French administration: will he be able to do his job properly?" Asked this council.

Me Jérôme Karsenti, who defends Anticor in the Dupond-Moretti case, refused that this case be presented as "a quarrel between magistrates", recalling that Anticor's complaint predated the complaint of the two main magistrates' unions in this case. .

The lawyer worried about a "habituation to the dysfunctions of our policies".