After a week of heated debates, the National Assembly finally adopted this Friday, December 2 a bill "aiming to protect housing against illegal occupation", nicknamed "anti-squat law". 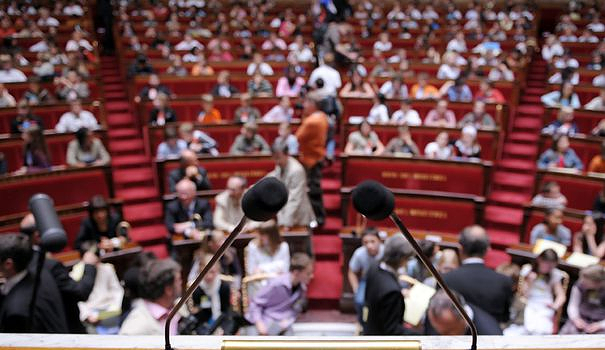 After a week of heated debates, the National Assembly finally adopted this Friday, December 2 a bill "aiming to protect housing against illegal occupation", nicknamed "anti-squat law". Despite strong opposition from the left and associations, the text was voted on at first reading by 40 votes to 13, and must now be examined by the Senate.

Carried by the deputy of Eure-et-Loir Guillaume Kasbarian (Renaissance), he proposes in particular to triple the penalties incurred by the "squatters" - up to three years' imprisonment and a fine of 45,000 euros -, while specifying that the "squat" will also concern second homes and unoccupied accommodation containing furniture, which was not the case previously. In this type of conflict, the accelerated expulsion procedure may be used. To see more clearly, L'Express answers four questions on the subject.

Real estate lawyer Raphaël Richemond recalls first of all that it is necessary to differentiate "between illegal occupants who have entered a place by breaking and entering, deception, threat or violence and who occupy it without the authorization of the owner" and the other tenants, who remain in the dwelling after the end of a lease, who no longer pay their rent, or who refuse to leave the premises after having been accommodated there by the person who lives there, for example .

"Although highly publicized and fantasized, the first case represents only an extreme minority of files: in my firm, it is around 10% to 20% of cases", deciphers the lawyer, who underlines that in this type of case, the eviction can be carried out "very quickly".

Since the ASAP law, promulgated in December 2020, owners who are victims of such illegal occupations can indeed find their accommodation without going through the courts, by filing a complaint directly with a police station. After the owner has proven that the accommodation is his home, for example using invoices or tax documents, and having had a judicial police officer note that the place is indeed squatted, he can address the prefecture a request for assistance from the police, in order to evacuate the accommodation.

The prefects will then have 48 hours to examine the file and accept or not the request. If the latter is validated, they will be able to put the occupants on notice to leave the place, under penalty of forced evacuation. According to the website of the Ministry of the Interior, this procedure concerns any main dwelling or secondary residence - but "not the illegal occupation of bare land, sheds, or buildings in ruins which are still subject to legal proceedings". Guillaume Kasbarian's bill proposes that second homes and unoccupied dwellings containing furniture be included in this definition, which was not the case previously. According to the deputy, 170 requests for intervention of this type were also made to the prefects over the year 2021.

In the context of unpaid rent, for example, "the procedure can however be much longer", admits Manuel Domergue, director of studies at the Abbé Pierre Foundation. The owner of the accommodation must first note the unpaid bills, then call on a commissioner of justice to summon the tenant before a judge, and thus obtain the termination of the lease and the eviction. "This concerns 80% of files, and it is especially in this type of case that we can hear about cases that last several months, even years", summarizes Raphaël Richemond, who is in charge of "thirty files of this type" each year. In some cases, the lawyer even indicates that the resolution of the dispute can take "between a year and a half and three years".

In question ? The delays of justice, and the complexity of certain files. "First you have to prove that the accommodation is yours, then that it is squatted. Then you go to the judge... But in some places, you have to wait six months before having a first court date !”, summarizes Raphaël Richemond. "Add to that the possible remedies, a possible request for legal aid for the opposing party, the winter break... The case can drag on for several years", confirms Alain Cohen-Boulakia, lawyer in real estate law. for the SVA firm. "You must not believe that evictions are done with the snap of your fingers: the judge looks at the reality of the debt, we look each time if there are possibilities of rehousing, we analyze the files..." , adds Manuel Domergue.

To speed up legal proceedings in such disputes, the text of the law proposed by Guillaume Kasbarian provides in particular for the systematic inclusion in lease contracts of "a termination clause as of right". The latter would allow a landlord to obtain the termination of the lease without having to take legal action, and thus to be able to obtain an eviction more quickly. The text nevertheless indicates that the judge may suspend this clause, provided that the tenant requests it.

As for the cases of "squat", the owner will be able to make a request for assistance from the public force with the prefecture. "The question can then become very political: certain prefects can refuse the eviction. In this case, it must justify it, and compensate the owner", recalls Raphaël Richemond.

According to figures communicated to L'Express by the Ministry of Ecological Transition and Territorial Cohesion, in charge of housing, 16,700 households were thus evicted with the help of the police in 2019. In 2020, this figure increased decreased by 52%, with 8,156 evictions, before rising again in 2021, with 12,000 evicted households.