Ant colonies produce a type of milk for their larvae

In ant colonies, researchers have first discovered a type of milk that serves as food for the larvae. 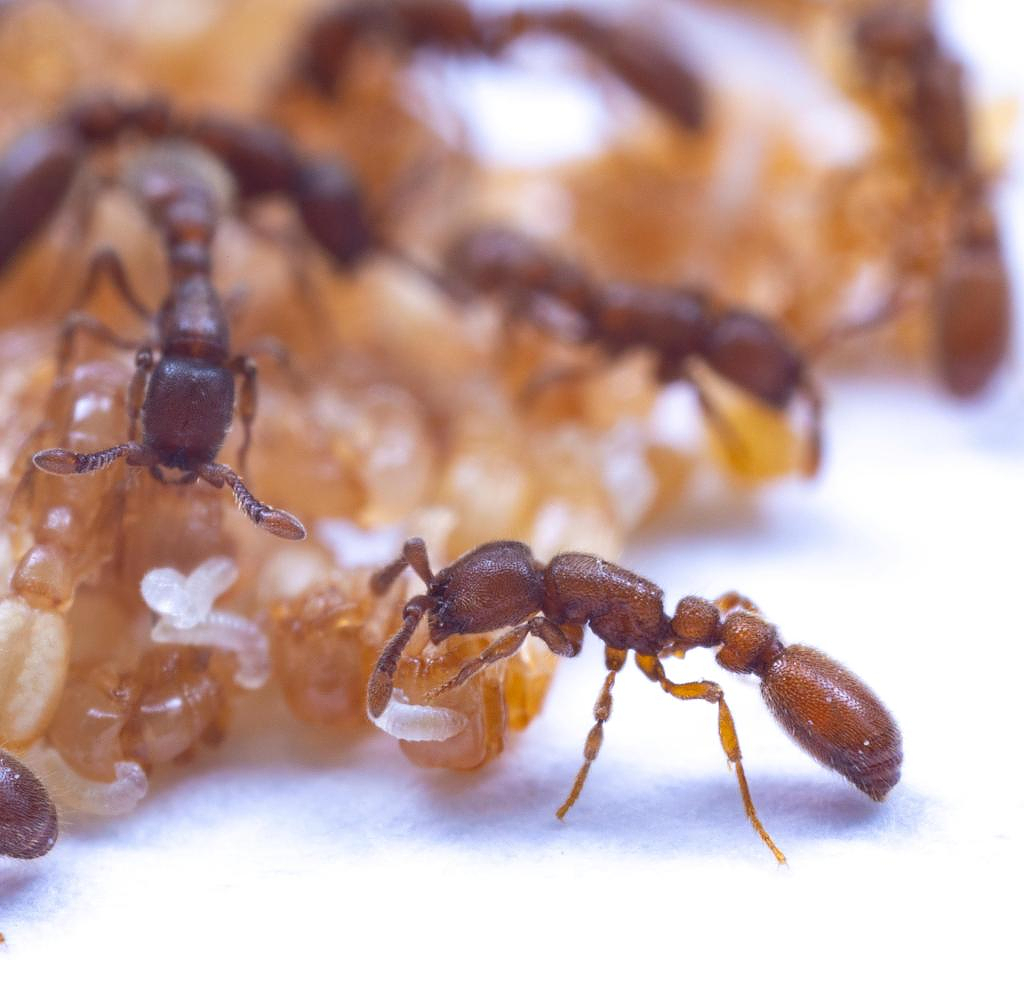 In ant colonies, researchers have first discovered a type of milk that serves as food for the larvae. It is made from ant puppets and plays a crucial role in the survival of the entire colony, reports the team led by Orli Snir and Daniel Kronauer from Rockefeller University in New York. Like the milk of mammals, it is nutritious and very important for the development of the offspring.

The life of ants begins with an egg, from which a larva hatches after some time. This grows up and pupates, until after some time a six-legged ant has developed. Until now, entomologists have assumed that the ant pupae do not interact much with the other ants in the hive. They have therefore received little attention in research, the team writes in the journal "Nature".

In a systematic analysis of individual ant stages in the laboratory, the researchers have now discovered that the ant pupae excrete a previously unobserved liquid in the days before hatching - namely where the rear end is located. It is rich in nutrients, hormones and neuroactive substances that can influence the development of larvae and the behavior of adult animals. In total, the researchers found 121 different proteins in it. "This secretion triggers parental nurturing behavior and is rapidly removed and consumed by the adult animals," the researchers write.

Analogous to mammalian milk, the secretion is primarily important for the development of the larvae. As soon as the milk comes out, it is eaten not only by adult ants, but also by larvae, which are carried by the adult animals to the pupae. Young larvae are strengthened by this, those without access to the secretion have stunted growth and a lower survival rate. Pupae left in their own secretions will contract fungal infections and die.

"In the first few days after hatching, the larvae depend on the liquid, much like a newborn baby depends on milk," Kronauer said. "The adult animals also drink the liquid, and while it's not clear what causes it in adults, we're sure it has an effect on metabolism and physiology."

For their experiment, the researchers first isolated the pupae of the ant species Ooceraea biroi. They found for the first time that they secreted large amounts of the secretion in the last few days before hatching. The liquid comes from the molting process within the pupa, which is typical for insects. While solitary insects recycle the molting fluid, ant pupae share it with their nestmates, the researchers explain.

In another experiment, they placed adult ants next to the pupae and tracked the distribution of the secretion using blue food coloring. Result: "We found a blue coloration in the digestive system of all adult ants that had spent 24 hours with the injected pupae." All pupae survived. The adult ants maintained constant physical contact with them, frequently touching the pupae with their mouthparts.

Another color test in the colony also showed that the larvae absorbed the secretion. In colonies, they are often placed mouthpart first on the pupae. "Observations suggest that adult O. biroi willingly place young larvae on pupae and older larvae on prey," the researchers write. The pupae played a much greater role in larval development than the prey. "Pupas are not passive members of the colony but have an active and central role in the organization of the ant colony," the researchers conclude.

According to their findings, the social function of the pupal secretion as food has not yet been described in any of the more than 14,000 ant species, the researchers emphasize. They therefore examined other ant species that covered a broad ant family. All of the terminal pupae shed similar droplets. In the species that the team tested with blue color, the adult ants and young larvae also had their digestive systems colored. According to Kronauer, feeding behavior probably evolved early in the evolution of ants or even before.

The team writes that it remains to be investigated whether the behavior is also widespread in other hymenoptera, which include ants. However, the researchers could not prove it in pupae of the honey bee (Apis mellifera), which also belongs to this group.

"The way ants use this fluid creates a dependency between the different developmental stages," Kronauer said. "This shows the extent to which ant colonies really function as an integrated unit." The researchers conclude that the secretion may have played an important role in the evolution of the special social structure of ants.