Annie Ernaux, Nobel Prize for Literature: a woman and a nation in the spotlight

Annie Ernaux, 116th Nobel Prize in Literature in history! We hardly hoped for it anymore, as his name had been mentioned many times. 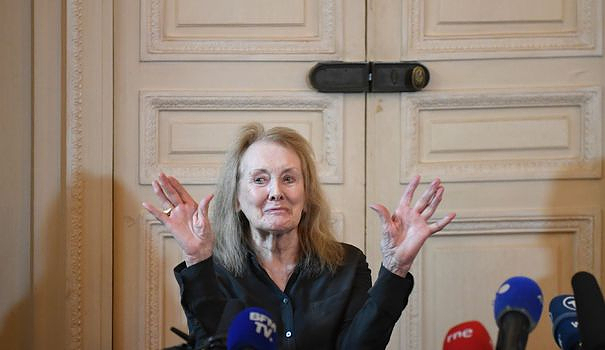 Annie Ernaux, 116th Nobel Prize in Literature in history! We hardly hoped for it anymore, as his name had been mentioned many times. But now, at 82, the aggregate of letters - star of the collective autobiography, researcher and committed pen who tirelessly tracks down the ideal form - is distinguished by the most prestigious academy in the world.

A deserved consecration for the lady from Cergy, daughter of grocers from Yvetot, at the head of an abundant body of work, from Empty Cabinets, in 1974, to Memory of a Girl (2016) and Le Jeune Homme (2022), i.e. around twenty books, all published by Gallimard. What makes the illustrious house on rue Gaston-Gallimard a real reservoir of Nobels with Mario Vargas Llosa, J.M.G. Le Clézio, Patrick Modiano, Kazuo Ishiguro, Peter Handke, to name only the publisher's most recent winners.

And a highly symbolic consecration: since 1901, the Nobel Prize for Literature had only honored 16 women, which is why the feminist author of Les Années (2008) spoke of "responsibility " in relation to "the dominated". In addition, Annie Ernaux comes to reinforce an already well off blue-white-red clan, with André Gide, François Mauriac, Albert Camus, Jean-Paul Sartre, Claude Simon, etc. Sixteenth French crowned head, she consolidates the title of first prize-winning nation, even ahead of the United States. And this is how, thwarting the imprecations of defeatists of all stripes, literary France holds its rank high.