Animals get problems when the water in the Rhine is low

The low water levels in the Rhine not only cause problems for the economy and shipping, but also for fish and other water dwellers. 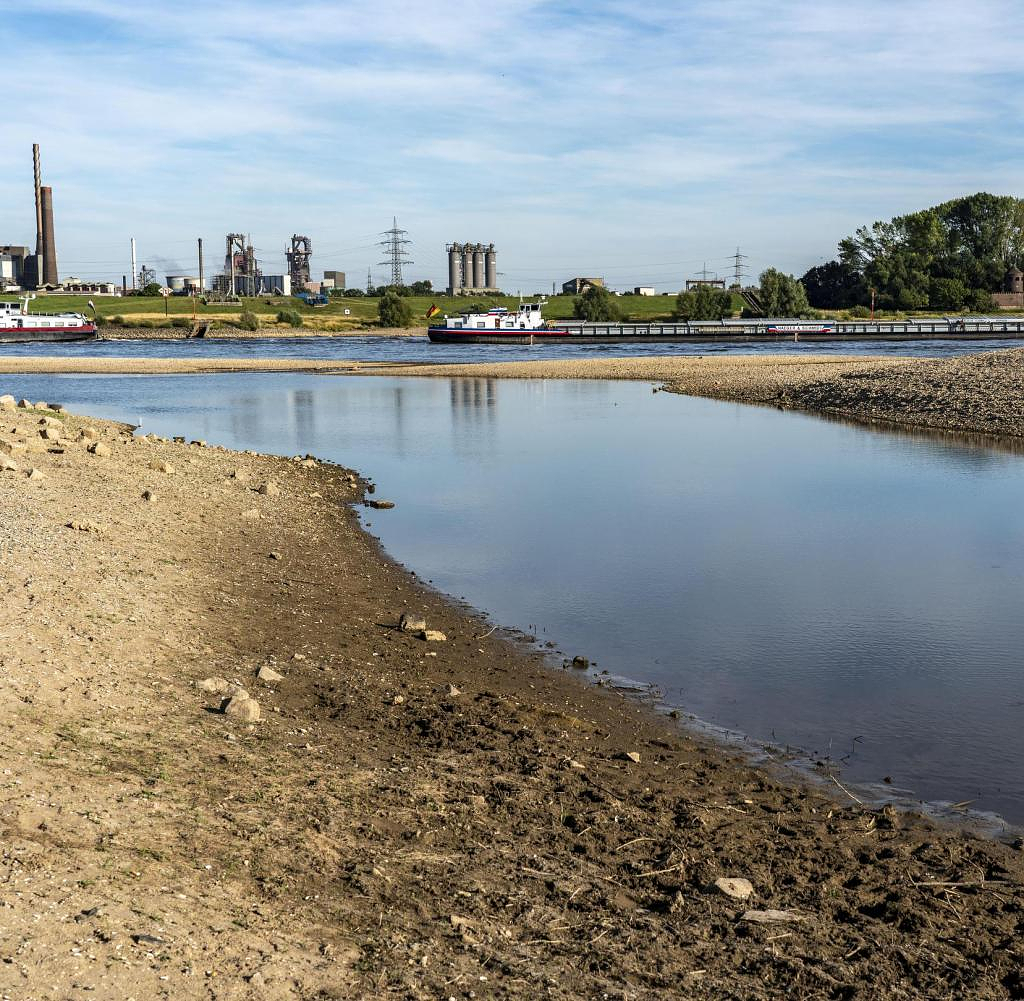 The low water levels in the Rhine not only cause problems for the economy and shipping, but also for fish and other water dwellers. Many animals only have the option of retreating into the shipping channel. But there it is stressful and sometimes dangerous, as Klaus Markgraf-Maué from the Rhine office of the Nature Conservation Union (Nabu) North Rhine-Westphalia explains.

In principle, extreme low water levels are also part of the river system, explains the Nabu expert. The problem with the Rhine, however, is that it has been developed for shipping: if the water levels drop and the water withdraws from the bank, mobile animal species are essentially only able to retreat through the fairway. There they are exposed to strong currents and waves from ships and thus stress, says Markgraf-Maué. Because the space is so narrow, there is also a risk that they could get caught in ship propellers, for example. Less mobile species would often die at low tide. This affects, for example, small animals such as snails, mussels or crustaceans that inhabit the bottom of the water.

Animals also have to struggle with the higher water temperatures that usually accompany low water. "From 25 degrees, the first species reach their limits," says Markgraf-Maué. At the end of July and beginning of August, this value was already exceeded at the Düsseldorf-Flehe measuring station, on Wednesday it was around 24.5 degrees.

If the water gets warmer, the oxygen demand of the fish increases – while at the same time the oxygen content in the water decreases. In addition, fish become more susceptible to pathogens. Many graylings - a species that is quite sensitive to temperature - died during the low water of 2018, says Markgraf-Maué. Even current-loving species such as noses could quickly have problems. A larger fish kill is not yet known this year, says Markgraf-Maué. He emphasized that the water temperature is also so high because of the very extensive use of the Rhine, for example as cooling water for power plants.

Animals in the surrounding areas can also feel the low water. The groundwater flows into the Rhine, and the tributaries and floodplain waters are correspondingly dry, explains Markgraf-Maué. There are fewer and fewer bodies of water that carry water all year round. Long-established species would disappear and be replaced by pioneer species that are better able to cope with intermittent water supply.

A paradigm shift is needed in water management: in the past decades and centuries, the requirement has been to drain water as quickly as possible. "We now have to turn this around and strengthen the water retention in the landscape again."

Conservationists are critical of deepening the fairway. This would bind even more water in the monotonously structured channel, says Markgraf-Maué. "The water that is still available as a habitat for nature is therefore becoming less." In the long term, shipping can only function in a climate-resistant manner if it adapts to the conditions of the river - for example by using ships with a shallower draft - and not the other way around. "Optimize the ships and not continue to degrade the Rhine," demands the Nabu expert.

‹ ›
Keywords:
TexttospeechNordrheinWestfalenNiedrigwasserNabu (Naturschutzbund Deutschland)RheinbewohnerGesundheitWasserbewohnernRhein
Your comment has been forwarded to the administrator for approval.×
Warning! Will constitute a criminal offense, illegal, threatening, offensive, insulting and swearing, derogatory, defamatory, vulgar, pornographic, indecent, personality rights, damaging or similar nature in the nature of all kinds of financial content, legal, criminal and administrative responsibility for the content of the sender member / members are belong.
Related News