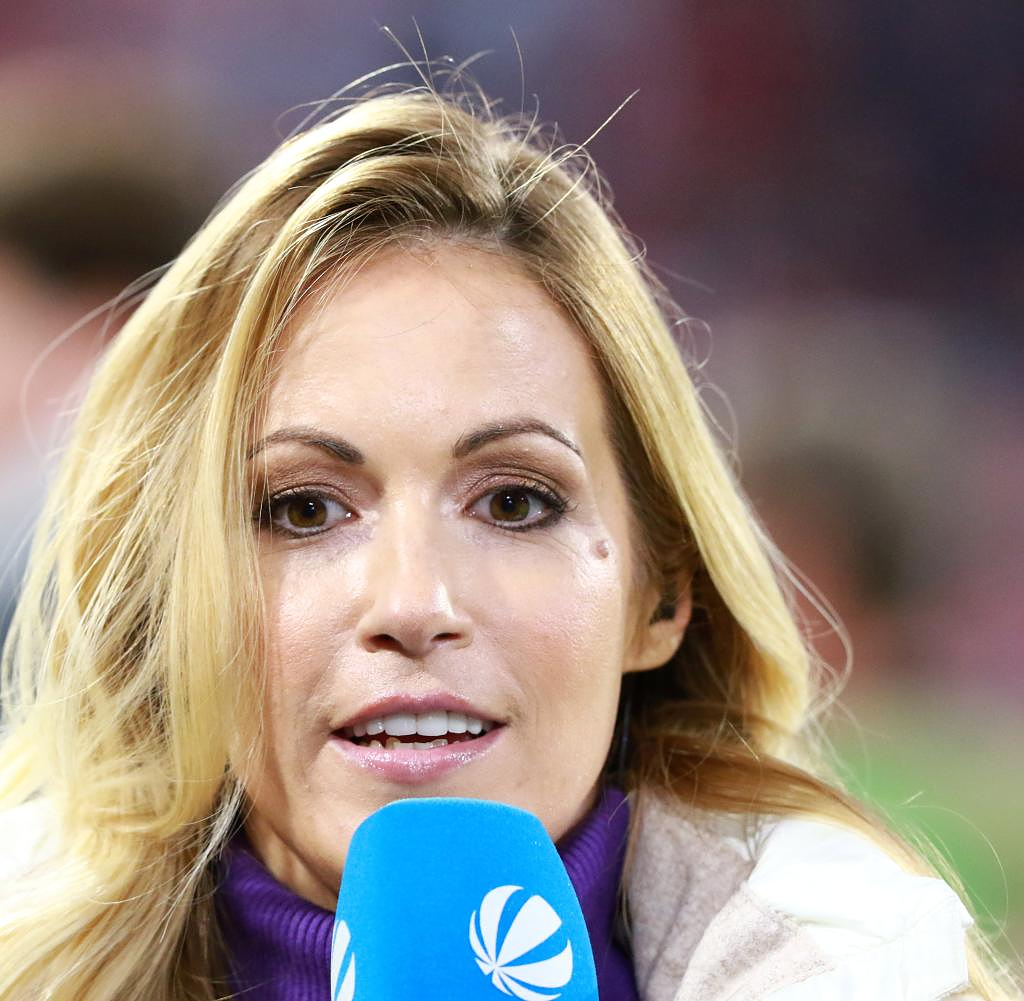 Shock for TV presenter Andrea Kaiser. After the game between Borussia Mönchengladbach and Borussia Dortmund, she interviewed Dortmund's Youssoufa Moukoko for Sat.1. The broadcaster broadcast the fast-paced Bundesliga duel that Gladbach won 4-2 (3-2) live.

At first the interview went normally, Kaiser analyzed with Moukoko the deserved Dortmund defeat in the last game before the winter break. Kaiser then turned the conversation to the World Cup in Qatar, for which the 17-year-old was nominated by national coach Hansi Flick on Thursday. Then it happened: Shortly after the 40-year-old asked a question about Qatar, an orange ball hit her in the forehead.

Moukoko looked completely surprised for a moment, but then caught the presenter by holding her arm. Kaiser laughed briefly and tried to cover up the incident.

"Orange balls were distributed to the Gladbach fans. During the interview, people were already calling my name and Moukoko's," the reporter told BILD: "While I was asking a question, a heavy shot hit me in the left forehead. This caused my neck to snap back. Maybe I have a little whiplash. My neck was taped and I still have a bit of a headache, but I'm fine."

After the head hit, the perpetrator was caught directly by the stewards and the personal details were recorded. Kaiser: "I was recommended to file a complaint. The guy probably wanted attention, so autographs and selfies, but then apologized. That's why I refrained from filing a complaint."

Sat.1 did not broadcast the interview on TV, but has now made it available on its website. Here you can see it.

‹ ›
Keywords:
KaiserAndrea (TVModeratorin)Borussia MönchengladbachMoukokoYoussoufaBorussia DortmundSat.1Youssoufa MoukokoGladbachKatarTVFussballAndrea Kaiser
Your comment has been forwarded to the administrator for approval.×
Warning! Will constitute a criminal offense, illegal, threatening, offensive, insulting and swearing, derogatory, defamatory, vulgar, pornographic, indecent, personality rights, damaging or similar nature in the nature of all kinds of financial content, legal, criminal and administrative responsibility for the content of the sender member / members are belong.
Related News