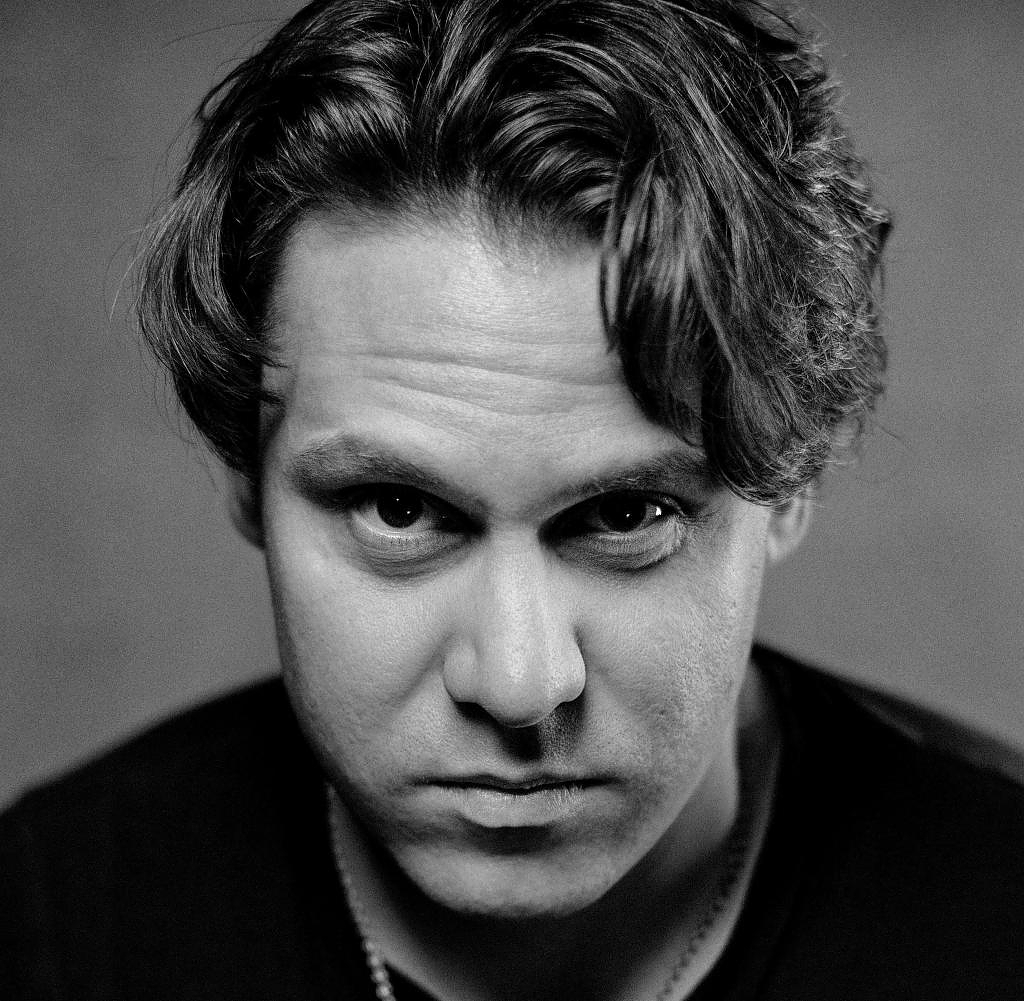 It's Friday evening, 10:26 p.m., somewhere in the Rhenish province and Gil Ofarim is standing on a stage singing about "Pierrot". Pierrot is the harlequin who always laughs when he feels like crying, the man who stands on the stage and dances in the spotlight even though his feet hurt, but Pierrot can't help it. He keeps dancing and singing. Because Pierrot thinks he was born to dance and sing. And because Pierrot just can't resist. The lure of the big stage. the applause. Of the love. And the attention you give him: "My name is Pierrot / I dance if I have to / With my skull under my arm / And a pain in my foot."

Gil Ofarim sees himself as a kind of modern Pierrot, which is why he just keeps singing, although the world, although his fame has long been on the wane - or at least that's how you imagine his emotional state. Perhaps Gil Ofarim is one of the most hated people in the German media public and yet he is drawn back into the limelight. And on the stages of this republic. Even if they got smaller. Like here in: Kubana in Siegburg.

Siegburg is something like the next big town after Bonn and Bonn, that's the next big town near Cologne. So we are in the province of the suburbs and the "Kubana" is something like the multifunctional entertainment center of this suburban world. Sports center, cocktail bar and music club in one. Last week "Pimp Lizkit", a Limp Bizkit tribute band, performed here and Ofarim has been announced for tonight. He's playing his "Alles auf Hoffnung" tour, which was supposed to take place in 2020, but a lot has happened since 2020. And the story begins a little earlier.

Gil Ofarim, son of well-known musician Abi Ofarim, is discovered as a teenager for a Bravo photo love story (big thing in the 1990s), plays a teenage rock musician there and finally gets an offer from a record company to really try out rock music . They write an album and a hit single for him, he becomes a superstar in Germany and Asia at the age of just 14, sells numerous records and earns a lot of money.

Then Corona came. And after Corona came the incident. In front of a hotel in Leipzig, Ofarim accused an employee of not letting him check in because he was wearing a Star of David necklace. The video that Ofarim posted on Instagram was seen millions of times, he received a lot of attention and a huge wave of solidarity, hundreds of people made a pilgrimage to the hotel and protested against anti-Semitism.

Investigations by the public prosecutor's office then revealed that things could have happened quite differently. At the end of October, proceedings against Ofarim for defamation and false suspicion will begin. Ofarim has little left of love and solidarity. But a little spotlight is still there.

Review. It's Friday evening, 8:15 p.m., and there's a man on the stage at the Kubana in Siegburg who has a bird tattooed on his arm and calls himself Jack McBannon. Jack McBannon wears a tree feller shirt, has a guitar in his hand and says that he was in Tennessee the other day and recorded his new album with Johnny Cash's son in Johnny Cash's legendary studio and one honestly wonders what is only going on with Johnny Cash's son while you google that Jack McBannon's real name is Thorsten, that his last YouTube videos haven't had 500 views and that he lives in Wuppertal. He is the one-man support act for Ofarim.

The kubana isn't even half full. Nevertheless, around a hundred people gathered on this Friday evening. It's almost exclusively women. The Gil Ofarim fan club is already there. That's not a metaphor. The Gil Ofarim fan club is really already there. It's made up of a couple of ladies who travel from gig to gig and are usually in the front row. Jack McBannon recognizes her and says hello. The women say hello. At 8.46pm Gil enters the stage and after an intro he plays a song called "From the End of Sadness": "How far your hope reaches", he sings, "to the end of your sadness". A very fat woman, who has a kissable mouth tattooed on her neck, closes her eyes and rocks her heavy body to the beat of the music and somehow one wonders whether this is really supposed to be the end of the sadness, or whether it is just beginning started.

Let's be fair. Of course, Gil Ofarim is a technically gifted musician. He's got a good voice, a fair amount of talent and the aura a rock musician needs to thrive on stage. The fact that after his teenage pop music career he was not able to find a connection for a long time was not due to his previous history, as he himself repeatedly suspects, but simply to the fact that his understanding of rock music was always only the understanding of a standardized radio pop music scene geared towards a mass market. version of rock music was. Smoothly polished productions without corners or edges, without points of friction and yes, unfortunately one has to say that, in too many moments without a real soul. This is music that either makes it into radio airplay or is forever predestined for the stages of the city's folk festival.

The audience speaks for itself. It consists of 95 percent women, most of them over 40, mummy type or also type women whose daily rhythm is clocked by breakfast television and VOX prime time evening programming. When the women hold their phones in the air to flash the flashlights, simulating the digital-present lighter romance that Gil finds "beautiful," their lock screens feature photos of either themselves with their husbands, or of dogs, or of cats, or of Babies. Only a few men strayed into the Kubana that evening.

One of them is very tall and very thin, wears a full brown beard, earrings, long hair tied in a bun and holds a Becks. When Gil alludes to a song from his old band "Acht." and asks the audience whether they are also sure of the lyrics here, the man, who is probably called Gregor, because such men are actually always called Gregor, throws his hands up and spills them little of his beer and yells "But such a thing!" back. When the band then plays the song, Georg doesn't sing along. Now and then he sips his beer and forms a French fries fork with his fingers, as a silent identifier of a rock 'n' roll community, which doesn't exist here.

It is 8:58 p.m. when Gil Ofarim thanks Jürgen, who is sitting “back there at the bar”. Jürgen is the promoter who had the courage to let Gil play at the Kubana, Gil says it didn't really matter to Jürgen what people said or wrote and he still let him perform here. That can no longer be taken for granted, he says, alluding to the media shit storm after the anti-Semitism incident. He, Gil, is very grateful to Jürgen for that. "Jürgen is the hero in our film today," says Gil, then he sings the song "The hero in our film" and the women applaud Jürgen. It's not entirely clear whether Jürgen is really sitting at the bar or just not there at all. The very fat woman forms her fingers into a heart and holds it up in the air. And somehow it's all beautiful and sad at the same time.

Because the people who came to Kubana tonight are people who probably don't care about all this debate. The accusations. The counter-accusations. The heated media public. It just doesn't matter at all to these people here. What you really discover at a Gil Ofarim concert in the Bonn provinces is Normaloschland. People who just listen to a few songs, drink a mojito or two - fortunately they still do that in Siegburg - and want to have a nice evening, then go home and the next Monday in the office or in the Rewe behind the cash register Telling colleagues that they had a mojito on Friday night, heard some good songs and had a good time. Normaloschland people don't care what anyone writes about anyone on Twitter or posts on Instagram.

Gil Ofarim was already at the top when he was young. After that he fell very deep. He fought his way back and fell down again. Now he has arrived here. In the normality of the German province. His next tour stops will take him to Weinheim, Torgau and Memmingen. Is that what he really wanted or more than what he could have expected after the media mudslinging? No idea. He doesn't let himself be seen behind the mask. The "Pierrot" in Gil Ofarim's version, as he sings it, has tasted blood and drunk glory, ordered champagne and tasted asphalt. He leaves the stage before 11 p.m. The last bar in Siegburg was already closed and the last mojito was drunk. And the headlights have already gone out.

‹ ›
Keywords:
SandDennisBonnPopmusikOfarimAbiRockmusikGil (Sohn)KubanaJohnny CashSiegburgMusikJack McBannonGil OfarimAbi OfarimMemmingenZoo ArmyTorgauInstagramWeinheim
Your comment has been forwarded to the administrator for approval.×
Warning! Will constitute a criminal offense, illegal, threatening, offensive, insulting and swearing, derogatory, defamatory, vulgar, pornographic, indecent, personality rights, damaging or similar nature in the nature of all kinds of financial content, legal, criminal and administrative responsibility for the content of the sender member / members are belong.
Related News