An unwanted assignment earned him the title "The Divine".

In Rome, at least for educated and art-loving people, there was only one goal that Monday: the Sistine Chapel. 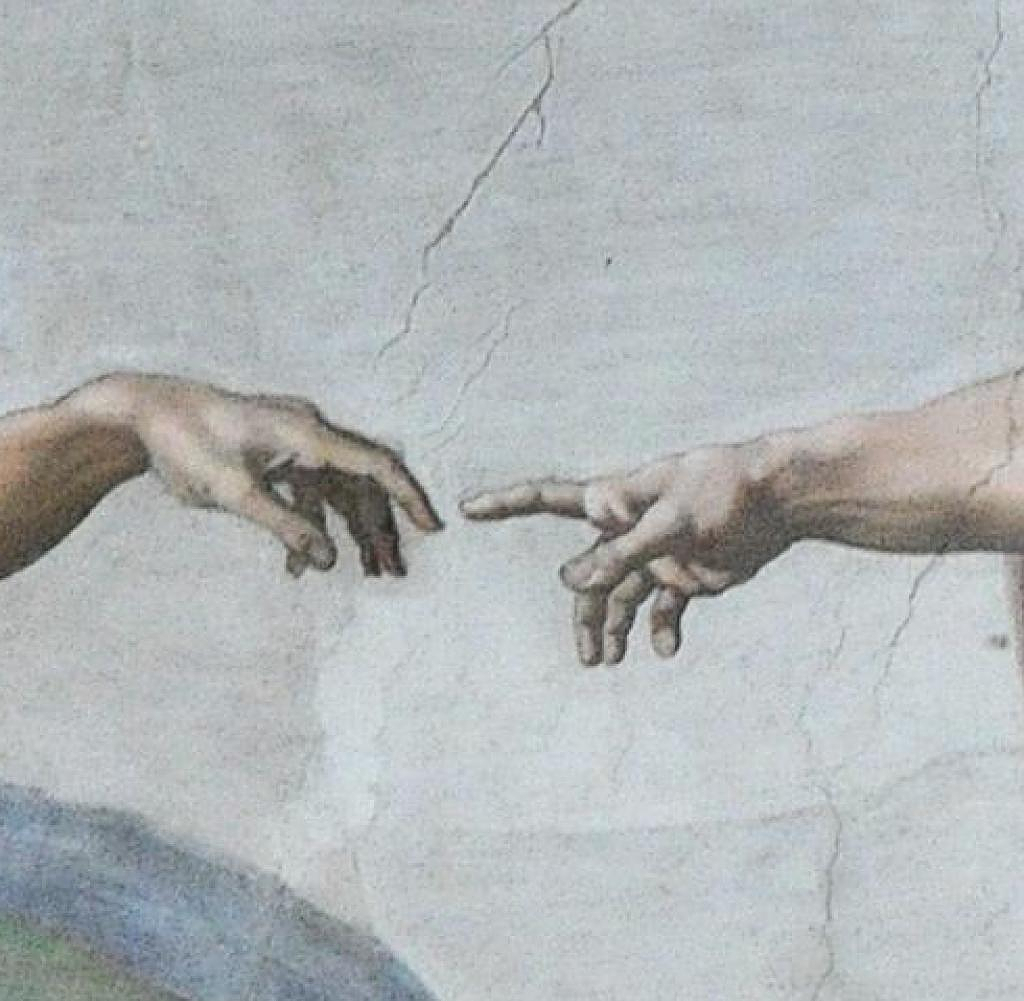 In Rome, at least for educated and art-loving people, there was only one goal that Monday: the Sistine Chapel. "When his work was uncovered, all the world flocked to see it, and everyone was amazed and fell silent," wrote the painter and perhaps the first true art historian Giorgio Vasari in 1568 in his "Biographies of the Most Eminent Painters, Sculptors, and Architects of the Renaissance." ' the sensation of November 1, 1512. And he continued: 'The Pope, however, completely satisfied and encouraged to greater undertakings, rewarded Michelangelo with money and rich gifts.'

After a good four years of work (the contract was signed on May 8, 1508), Michelangelo Buonarroti, actually a sculptor, had completed his first major painting; the second, the mural behind the altar in the same chapel on the subject of "The Last Judgment" followed almost 30 years later. The ceiling frescoes of the Sistine Chapel have been among the most famous works of art in the world for more than half a millennium.

Michelangelo, born in 1475 in the Tuscan village of Caprese, actually wanted to turn down the commission. He was already the most famous sculptor of his time, known for timeless creations such as the Pietà, which was still installed in the old St. Peter's Basilica in Constantine, or the colossal statue of David next to the Palazzo Vecchio in Florence. Rather, he wanted to devote himself to the tomb of the incumbent Pope Julius II, which was to be monumental.

But the representative of Christ on earth now had other plans: he didn't want his tomb integrated into the old St. Peter's Basilica, but to have a completely new cathedral built, as a "praise of God" and - at least that's how he saw it himself - his own genius. Nevertheless, the energetic nobleman from the della Rovere family tried to bind Michelangelo to himself - and suggested that he design the ceiling of the Sixtina, the most important chapel of the Apostolic Palace.

Only Pier Matteo d'Amelia, 30 years his senior, had previously painted stars on a blue background there. But Julius II wanted more: He imagined the Sistine as a kind of throne room for himself and his leading officials and therefore wanted to see the portraits of the Twelve Apostles of Jesus Christ.

Michelangelo, on the other hand, wished to complete the already planned tomb for the Pope. Besides, the ceiling of the chapel seemed to be such a big and difficult job, especially for him who preferred to draw rather than paint. He therefore suggested to Julius II that the somewhat younger painter Raffael, a confidante of the architect and competitor Bramante, should paint the ceiling.

"The more Michelangelo refused, the more the pope's desire increased," Vasari described the ensuing disputes at the papal court. Because Julius II was "impetuous in all his undertakings and was here still irritated and driven by Michelangelo's rival, primarily Bramante, so that he, violent as he was, almost became angry with Michelangelo again".

Seeing how persistently the Pope insisted on his request, the artist decided to undertake the work. Bramante, who was mainly responsible for the new construction of St. Peter's Basilica right next to the Sixtina, was commissioned to erect the necessary scaffolding in the chapel. He designed a structure suspended from ropes and had holes punched in the ceiling.

Michelangelo then asked how, once he had finished painting, how would the holes be filled? Bramante replied: "It'll work out, it can't be done any other way!" Michelangelo then managed to have Bramante's construction demolished and replaced with an elevated painting platform based on his own design. Now he was able to create the pictorial program with 115 larger-than-life figures (and numerous other smaller ones) over a length of about 35 meters and a width of about 14 meters in peace and largely by hand.

Beginning at the western end with the "Drunkenness of Noah" and working backwards through the narrative first to the "Creation of Eve" at the very center of the vault, completed in September 1510. This first half of the ceiling painting was indignant by August 14, 1511 and presented to the Pope a day later.

A pause followed until a new scaffold was ready. Michelangelo quickly completed the second half of the frescoes, beginning with the most famous motif, the "Revival of Adam". The complete work was first seen on November 1, 1512, on All Saints' Day.

This work was nicknamed "Il Divino" by its creator, "the divine". From then on he was regarded in Rome as the undisputed greatest artist of the Renaissance, surpassing Bramante, Raphael and others. Consequently, it was also Michelangelo who, shortly before his death in 1534, was commissioned by the now incumbent Medici Pope Clemens to paint the huge mural above the altar of the Sistine. Completion lasted until 1541.

Since Bramante's second successor as master builder of the new St. Peter's Basilica, Antonio da Sangallo the Younger, had not gotten very far in almost 27 years, Pope Paul III. 1547 also this largest artistic task of the West to Michelangelo. He designed the dome and shaped the entire western part of the cathedral; the nave towards St. Peter's Square was only added to his plans by his successors.

In 1564 Michelangelo died in Rome at the unusually old age of almost 89 years. He has gone down in art history as an equally gifted sculptor, painter and architect. Similar to him, only the universal genius Leonardo da Vinci from the Renaissance fascinates today.

‹ ›
Keywords:
VatikanJulius II.(Papst)Michelangelo(Künstler)RenaissanceTexttospeechMichelangelo BuonarrotiSixtinischen KapelleJulius IISixtinische KapelleRomGiorgio VasariFacebookSixtinaPetersdomPetersplatzBramanteDesign
Your comment has been forwarded to the administrator for approval.×
Warning! Will constitute a criminal offense, illegal, threatening, offensive, insulting and swearing, derogatory, defamatory, vulgar, pornographic, indecent, personality rights, damaging or similar nature in the nature of all kinds of financial content, legal, criminal and administrative responsibility for the content of the sender member / members are belong.
Related News