An unprecedented "triple epidemic" of uncertain evolution, according to Public Health France

The flu hits the metropolis early, adding to a rapidly rising Covid and bronchiolitis at record levels for more than 10 years in infants. 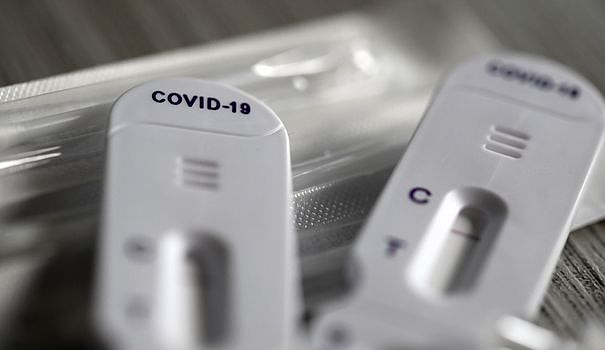 The flu hits the metropolis early, adding to a rapidly rising Covid and bronchiolitis at record levels for more than 10 years in infants. This situation hits an already tested health system, as in other countries, notably the United States.

“The situation is completely unprecedented” and filled with “uncertainties”, summarized Didier Che, deputy director for infectious diseases, during a press briefing from the public health agency.

"In previous years, there were more respiratory viruses that followed one another: a first circulation of rhinoviruses gave way to RSVs (main virus involved in bronchiolitis, editor's note), which, very generally, gave way to the flu. There, we have co-circulations”, detailed the epidemiologist Sophie Vaux.

This situation is "worrying" because the addition of these pathologies can lead to "a fairly strong clinical impact, especially on hospitals", she added. And this, even if these viruses do not affect "exactly the same populations", the flu and the Covid mainly affecting the oldest and most vulnerable, bronchiolitis mainly infants.

It is "difficult to predict the occurrence of the peaks" of the three epidemics, in particular a possible simultaneous peak of Covid and influenza, or even bronchiolitis, at Christmas.

One of the big unknowns is a possible competition between the influenza and Covid viruses which could make it difficult for them to coexist and limit the risk of simultaneous peaks.

"It still takes a little time to know if this notion of viral cannibalism is confirmed", judged Mr. Che for whom it is also "too early to draw conclusions from the American situation".

But, he insisted, France is "not yet completely helpless" and has "a preventive arsenal" in the face of this triple epidemic.

Public Health France has insisted more than ever on vaccination against Covid but also the flu, as the end of the year celebrations approach with family gatherings conducive to the transmission of viruses.