An underground network that trafficked cars using the identities and drug addictions of drug addicts.

The Civil Guard has taken down a criminal group that was involved in illegal vehicle trafficking through Europe. 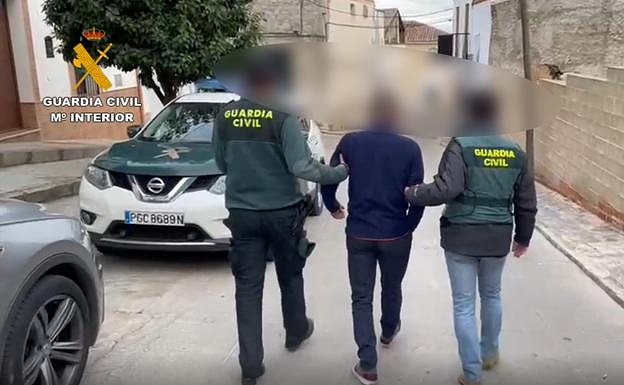 The Civil Guard has taken down a criminal group that was involved in illegal vehicle trafficking through Europe. To obtain credit to purchase cars that were never paid for or sold abroad, the gang used alcohol- and drug-affected people to disguise their identities. These figureheads received a small amount of money and a house in terrible habitability as compensation.

In June 2020, the investigation began following a stabbing at Azuqueca De Henares (Guadalajara), in which several members of this group were implicated. Agents discovered that the organization had acquired vehicles from financial institutions without having to pay any established fees. They falsified documentation to do so. Once the cars were exported to France and the Netherlands, Belgium and Germany, they were then purchased in good faith by third parties, who were not aware of the illegal origin.

They also "rented" the vehicles to later sell them in France. On other occasions they purchased stolen cars in Gallic countries to sell in Spain.

The operation resulted in 13 arrests in Guadalajara. They were operating in the provinces Guadalajara. Ciudad Real. Madrid. Almeria. Cordoba. Murcia. Badajoz. Alicante. Barcelona. Guipuzcoa. They are accused of crimes such as fraud, money laundering, forgery, public document forgery, reception, and membership in a criminal organisation.

According to the Civil Guard they would have received benefits of more that 3 million euros from the sale of vehicles. 45 vehicles have been intervened so far that were purchased by private individuals in good-fait and have remained as depositories.

‹ ›
Keywords:
DesarticuladaOrganizacionTraficabaIlegalmenteVehiculos
Your comment has been forwarded to the administrator for approval.×
Warning! Will constitute a criminal offense, illegal, threatening, offensive, insulting and swearing, derogatory, defamatory, vulgar, pornographic, indecent, personality rights, damaging or similar nature in the nature of all kinds of financial content, legal, criminal and administrative responsibility for the content of the sender member / members are belong.
Related News