An overview of cruise ships for beginners

The cruise market is confusing. 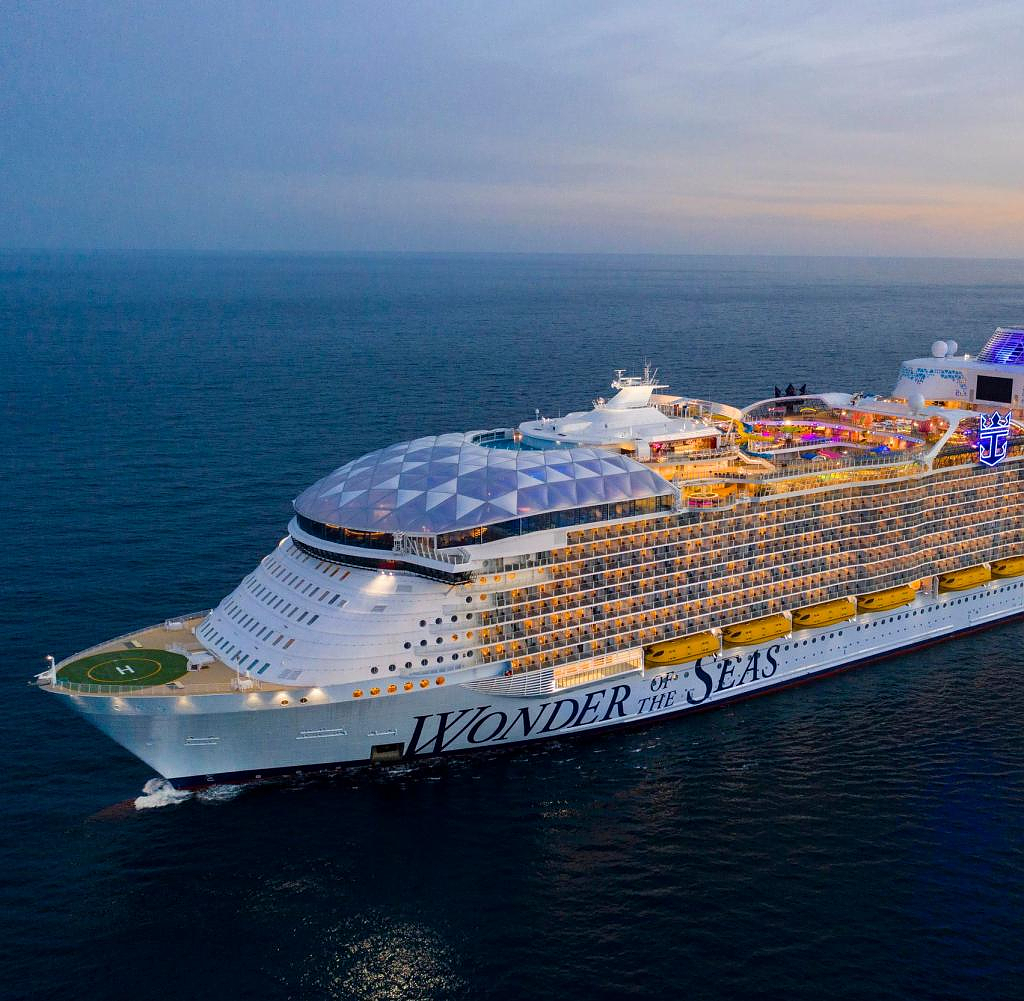 The cruise market is confusing. There are huge ocean liners for more than 6000 passengers, but also smaller ships. Different on-board languages ​​are offered, moderate but also dizzying prices are called. How do travelers find the right thing for themselves in the huge range, and what makes the providers stand out? An overview.

Let's start with the basics: Four big players dominate the market. Royal Caribbean Group (RCI), Carnival Corporation and Norwegian Cruise Line Holdings (NCL) are the largest providers, according to cruisemarketwatch.com, all three are publicly traded. The fourth player, the Mediterranean Shipping Company based in Geneva, is active both in container shipping and as MSC Cruises in the cruise business and is privately owned.

According to its own statements, Royal Caribbean, headquartered in Miami, has 63 ships on the world's seas, also under different brands. TUI Cruises' "Mein Schiff" fleet, which consists of six ships, is 50 percent owned by RCI. RCI also has a stake in Hapag-Lloyd Cruises, as well as Silversea and Celebrity Cruises.

The American giant liners are present in the Caribbean and South America, even if they head for European classics such as the Canary Islands and cruise the Mediterranean in summer. The ships of TUI and Aida are also on the move in the Caribbean or off the US east coast around New England.

The calling card of the Americans: Everything is bigger, more colorful - and sometimes crazier. Indicative of this: The five largest cruise ships by passenger capacity belong to Royal Caribbean. The "Wonder of the Seas" has replaced the "Symphony of the Seas" at number one in the ranking, followed by the "Harmony", "Allure" and "Oasis of the Seas".

The "Wonder of the Seas" offers space for more than 5700 people in almost 2870 cabins. 2300 crew members take care of the travelers. There is hardly an offer that does not exist on the 16 decks. The ships are like a giant amusement park and are designed in such a way that guests don't even have to go ashore in the harbors to enjoy themselves.

German ships are also represented in the top ten of the largest cruise ships in the world: the "Aida Nova" and the newer "Aida Cosma" were both built in Papenburg and both use liquid gas. The ships are 337 meters long and have 2732 cabins. The smallest ship in the fleet, however, the "Aida Aura" is "only" 203 meters long and has 633 guest cabins.

"Mein Schiff" from TUI Cruises is currently available in two variants: "Mein Schiff 1" and "Mein Schiff 2" are newly built, each of which can accommodate almost 2,900 passengers with cabins occupied by two people. The ships with the numbers 3 to 6 hold 2500 travelers each. TUI Cruises promises a lot of freedom, space and individuality on its Hanseatic dark blue painted ships, which all come along rather calmly - also in the design of the cabins, the restaurants and the offer on board.

Even if the prices at TUI Cruises appear higher at first glance than at the competition, it is worth doing the math: Because the ships include some services that cost extra with other providers - alcohol, for example, or drinks that are on the water, coffee and sometimes going out table wine. The a la carte restaurants are also free.

In general, the all-inclusive principle applies on many ships. The accommodation is paid and the food. However, there are specialty restaurants whose services are charged extra. Sometimes there are also drinks packages for an additional charge. That can mean: water and table wine are included, but cocktails, for example, cost extra.

A real unique selling point on TUI Cruises' "Mein Schiff" fleet: all ships have a 25-metre pool. No other shipping company has that. There are excitingly designed pool landscapes (NCL), slides that go down ten decks and even hover over the open sea (RCI) or a wave for surfers - but swimming laps is difficult with most providers not possible.

Almost all shipping companies have a gym and numerous sports courses as well as personal trainers on board, as well as a spa area with saunas, massage and cosmetic treatments. Child care, entertainment with some top-class artists and experts on specific topics (travel destinations, photography, cooking) also have many in the program.

With the American shipping companies in particular, the planning of cruises is increasingly being done using specially programmed apps, including the reservation of individual restaurants or shore leave. They have to be paid for and booked separately everywhere - guests can also disembark on their own.

A special feature of some shipping companies is that they have their own ships built for specific destinations. A few years ago, NCL put the "Norwegian Bliss" into service, which sails in the arctic waters of Alaska. The ship is also well equipped for arctic rain and wind, there are dedicated lounges from which to observe the spectacular nature.

"Flora" is the name of the Celebrity Cruises ship that travels between the Galapagos Islands with just 100 passengers - making it the largest of the three ships that sail in the archipelago. The smallest celebrity ship is the "Xploration", a catamaran with only eight cabins.

Celebrity also promises plenty of space and individuality for guests. On the shipping company’s latest large ships, a so-called “Magic Carpet” comes to the rescue: an extension the size of a tennis court that can be moved flexibly on the starboard side to where it threatens to get crowded – during the day on the pool deck, in the evening in the restaurant.

Hapag-Lloyd Cruises, the third company alongside Aida and TUI Cruises to offer German as an on-board language, is the most luxurious and therefore also the most expensive provider on the local market. There are five small ships to choose from: the two luxury ships "MS Europa" and "MS Europa 2" as well as the three identically constructed expedition ships "Hanseatic Nature", "Hanseatic Inspiration" and "Hanseatic Spirit".

These three have the highest ice class for passenger ships and a shallow draft - so they operate on routes in the Arctic, Antarctic and the Amazon.

Tip: If you are looking for cruise bargains, you should book either very early or very late: there are often last-minute offers on the websites of the shipping companies. The destinations can also often be booked a year and a half in advance – usually with an early bird discount.

‹ ›
Keywords:
KreuzfahrtenKreuzfahrtschiffeSchiffsreisenReedereienAida CruisesRoyal Caribbean Cruises
Your comment has been forwarded to the administrator for approval.×
Warning! Will constitute a criminal offense, illegal, threatening, offensive, insulting and swearing, derogatory, defamatory, vulgar, pornographic, indecent, personality rights, damaging or similar nature in the nature of all kinds of financial content, legal, criminal and administrative responsibility for the content of the sender member / members are belong.
Related News