An American jihadist, ex-battalion chief for the EI, fixed Tuesday on her sentence

Allison Fluke-Ekren, a 42-year-old mother, pleaded guilty in June to "material support for a terrorist enterprise" and faces 20 years in prison. 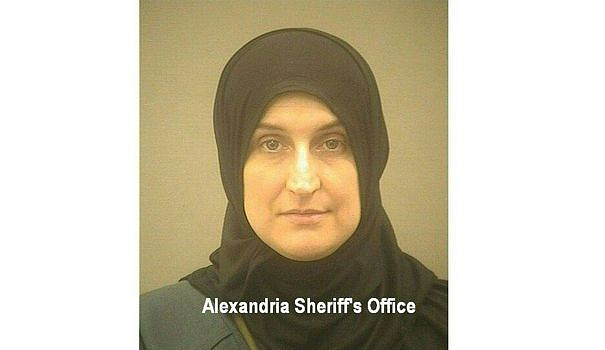 Allison Fluke-Ekren, a 42-year-old mother, pleaded guilty in June to "material support for a terrorist enterprise" and faces 20 years in prison.

Between 2012 and 2019, she supported jihadist organizations in Syria, Iraq and Libya, where she "brainwashed young girls and trained them to kill", according to prosecutor Raj Parekh.

"She sowed terror, and plunged her own children into an inconceivable degree of cruelty, physical, psychological, emotional and sexual abuse", he added in an indictment sent to Judge Leonie Brinkema ahead of the sentencing hearing.

One of his sons has planned to attend. “My mother is a monster with no love for her children and her actions are inexcusable,” he said according to court documents. "She has the blood and pain of all her children on her hands."

In June, Allison Fluke-Ekren admitted to providing military training to more than 100 women in Syria. In particular, she admitted having taught her companions, some of whom were only 10 or 11 years old, to handle assault rifles or explosive belts.

Called to place her on a scale of radicalization ranging from one to ten, a witness estimated that she "came out of the gate" and deserved an "11 or 12", according to the prosecution file.

Nothing, however, seemed to destine her for such a course.

Born Allison Brooks, she grew up on a farm, had an uneventful schooling and married in a Methodist church in the late 1990s. Having become Mrs. Fluke, she had two children before divorcing.

She quickly remarried a man named Volkan Ekren and converted to Islam. In 2008, the family moved to Egypt, where it began its radical drift.

In 2011, Allison Fluke-Ekren traveled to Libya with her husband and children. According to the US Department of Justice, her husband stole documents after the attack on the US consulate in Benghazi, and she helped him analyze and summarize them for Ansar al-Sharia, a jihadist group linked to al-Qaeda.

They joined Syria around 2012, where her husband became a sniper for the IS. With a knowledge of weapons, acquired on her parents' farm, she is responsible for training other women in the basics of using AK-47s and grenades.

To "revenge" children killed in a bombing, she proposes to organize an attack in an American university. Pregnant, she gives up this project. A little later, she foments a new plan: to attack a shopping center in the United States. This time, her husband dissuades her from taking action.

In 2015, he died in a bombing. In the following years, she will remarry three times with other members of the group and will have four new children (eleven in total).

According to the prosecution, she is also forcing her 13-year-old daughter to marry an IS fighter.

At the same time, it forms a women's battalion, "the Katiba Noussaïba", which went into action in February 2017 to help defend Raqa. After the fall of the city, she asks a witness to tell her family that she is dead, in order to avoid legal proceedings.

This ploy did not work. In January 2022, she was repatriated to the United States.