The Soyuz rocket with the crew on board took off at the scheduled time, 1:54 p. 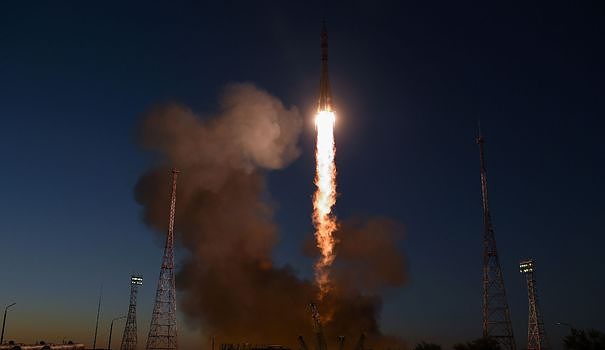 The Soyuz rocket with the crew on board took off at the scheduled time, 1:54 p.m. GMT, tearing in a trail of fire the darkened sky of the Kazakh steppe, on the Russian cosmodrome of Baikonur.

The spacecraft, with American Frank Rubio of NASA and Russians Sergei Prokopiev and Dmitry Peteline of the Russian space agency Roscosmos, docked with the ISS about three hours later, the US space agency said in a statement.

This Russian-American mission comes at a time when relations are at their lowest between Westerners and Russia, which on February 24 launched its troops to attack Ukraine.

In a major escalation of the conflict, President Vladimir Putin on Wednesday ordered a partial mobilization of the population while threatening to use nuclear weapons.

Frank Rubio is the first American astronaut to go to the ISS aboard a Russian rocket since the beginning of the entry of troops from Moscow into Ukraine.

The crew is to spend six months aboard the orbital laboratory, where they reunited with Russian cosmonauts Oleg Artemiev, Denis Matveïev and Sergei Korsakov, American astronauts Bob Hines, Kjell Lindgren and Jessica Watkins, as well as Italian astronaut Samantha Cristoforetti.

The result of a collaboration between the United States, Canada, Japan, the European Space Agency and Russia, the ISS is divided into two segments: an American and a Russian.

The ISS currently depends on a Russian propulsion system to maintain its orbit, some 400 kilometers above sea level, while the American segment handles electricity and life support systems.

- Moscow wants to leave the ISS -

After Wednesday's flight, Anna Kikina, Russia's only female cosmonaut in active service, is due to travel to the orbital laboratory for the first time in early October aboard a Falcon 9 rocket from the American company SpaceX, and its Crew Dragon capsule. .

She will be the fifth professional Russian female cosmonaut to go into space, and the first Russian to fly aboard a ship from billionaire Elon Musk's firm.

Mr Rogozin's recently appointed successor, Yuri Borissov, later confirmed Russia's decision to leave the ISS after 2024 in favor of establishing its own orbital station. However, he has not set a specific date.

The US space agency called the move an "unfortunate development" that will hamper scientific work on the ISS.

According to experts in the field of space, the construction of a new orbital station could take more than ten years in Moscow and the Russian space industry, which has been the pride of the country since the days of the USSR, could not survive. thrive under heavy penalties.

The ISS was launched in 1998 at a time of hope for cooperation between the United States and Russia.

In Soviet times, the space program was flourishing, boasting major successes such as sending the first man into space in 1961, Yuri Gagarin, and launching the first satellite four years earlier, Sputnik.

Roscosmos, on the other hand, has suffered a series of embarrassing setbacks in recent years, from corruption scandals to the loss of several satellites and other spacecraft.

Russia also lost its years-long monopoly on human spaceflight to the ISS to SpaceX, representing a multi-million dollar shortfall in revenue.