Amoxicillin: is the shortage of this antibiotic likely to last?

Some drugs are becoming increasingly rare in French pharmacies. 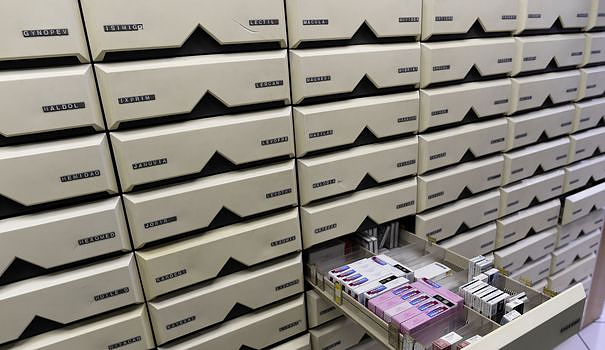 Some drugs are becoming increasingly rare in French pharmacies. And the phenomenon is getting worse, since it now affects amoxicillin-based antibiotics. The Public Medicines Agency (ANSM), the Directorate General of Health (DGS) and the office of François Braun, Minister of Health and Prevention held a conference this Friday, November 18, which L'Express attended . The authorities have announced emergency measures, which observers consider late and insufficient. Many observers have been warning for months about the potential risk of shortages.

In France, 80% of antibiotics prescribed to children contain amoxicillin. It helps to fight against a whole series of bacterial infections such as certain ear infections, angina and pneumonia. However, it is undergoing "strong supply tensions" in its most used form in children, oral solutions, indicates the ANSM, which specifies that the situation could last until March 2023.

According to the health authorities, this shortage is explained by many factors, including the drop in demand and therefore a drop in production of amoxicillin. The years 2020 and 2021 were marked by weak demand due to the Covid crisis and its health restrictions - confinement, wearing of masks, social distancing - which had reduced the spread of multiple diseases. Manufacturers have therefore adapted and have reduced or even shut down their production lines, which have not fully regained their pre-pandemic capacity and must "be restarted", specified the ANSM during the conference. .

At the same time, "there has been a sharp increase in demand in recent months", favored by an increase in diseases - viruses and bacteria - seasonal, but also the drop in barrier measures, add the authorities. The Ministry of Health therefore recalled the importance of "simple actions" in order to avoid the spread of disease, "such as washing your hands, but also washing children's stuffed animals and toys, opening windows regularly, avoiding confined spaces, etc." And if amoxicillin is already subject to a two-month security stock, which makes it possible to mitigate the effects of supply problems, the authorities have recognized that this stock is insufficient to guard against long-term tension. .

Finally, the misuse of antibiotics has also been singled out. "France is the fourth most consuming country out of the 27 in the European Union and specialists consider that, both in adults and children, at least half of prescriptions are unjustified", recalled the DGS, citing a scientific study published in 2005.

The authorities therefore took a series of emergency measures, including rationing imposed on pharmacies and hospitals. They also asked the laboratories that market these drugs to do everything possible to prioritize and increase their production capacity. The ANSM also published, this Friday, a list of advice addressed to doctors, pharmacists, patients and parents. She recalls, for example, that “antibiotics are ineffective against viral infections, including bronchiolitis, influenza, Covid-19, nasopharyngitis and the vast majority of angina and otitis” and that it is possible to buy drugs individually. She also suggests that doctors perform rapid diagnostic orientation tests to ensure that a disease does indeed require antibiotics.

This risk of shortage is part of a broader context where the authorities have already been forced in recent months to tighten the use of certain drugs. The most emblematic case is undoubtedly paracetamol, an omnipresent painkiller in homes, for which the authorities have recommended that pharmacists not sell more than two boxes per patient. But concerns about shortages go back much further than the past few months, even if the situation may have worsened in the context of inflation and the outbreak of geopolitical tensions with the war in Ukraine.

The Observatory of Transparency in Medicines Policies (OTMeds) regrets for its part "late" measures and a lack of responsiveness from the authorities. "All of this could be anticipated: demand had dropped during the Covid because all the precautionary measures contributed to it, but when vigilance decreases and seasonal infections increase, demand logically goes up", tackles Jérôme Martin co-founder of OTMeds .

The structure, classified on the left, also believes that the shortages observed in recent years are explained by structural problems and is concerned about the concentration of the means of production of raw materials in China and India. “In case of concern, we cannot turn around, believes Jérôme Martin. This recent crisis also leads us to note that we are in a system where the drug is taken in a commercial logic, in the short term and in just-in-time fashion. Why? do we not draw lessons from the past and think about local and public production, which perhaps does not interest private industries because it is not profitable enough, but which the public authorities could take charge of in order to ensure the availability of drugs?

The authorities, on the other hand, consider that the production of raw materials in Asia is not the main problem concerning the current shortage and note the role of the sites which produce the finished product - the box of drugs, the formulation and the packaging - of which several found in Europe. "The causes are multifactorial, it is not the fault of a particular producer, there is inflation, the modification of flows linked to geopolitical conflicts, the increase in demand... We do not know what are the shares of each party on these supply tensions", summarizes the cabinet of the Ministry of Health.

“They confirm on the one hand that the system is opaque, retorts Jérôme Martin. On the other hand the ANSM indicates that a third of the shortages are explained by problems relating to the production of raw materials. still worried about the domino effects.Thus, if it is possible to replace amoxicillin with other drugs, especially in adults, the latter could in turn be lacking, warns the structure.

In the meantime, infectious disease specialists and pediatricians are alarmed at the consequences of almost complete disruptions in the supply of amoxicillin-based specialties. "All the conditions are met for a major public health crisis in paediatrics, but also in adults, and this, in the very short term (a few weeks)", notes a joint press release from the Society of Infectious Pathology of French Language, the French Society of Pediatrics, the Pediatric Infectious Diseases Group and the French Association of Ambulatory Pediatrics. These structures believe that this crisis could represent a greater risk of mortality than the bronchiolitis epidemic. They also confirm the fears of the OTMeds by indicating that "The shift to adult forms, by domino effect, induces a major risk of shortage of adult amoxicillin presentations still available, followed very quickly by a major risk of shortage of alternatives adults."

In the meantime, infectious disease specialists and pediatricians are alarmed at the consequences of almost complete disruptions in the supply of amoxicillin-based specialties. In a joint press release, the French-speaking Infectious Pathology Society, the French Pediatric Society, the Pediatric Infectious Pathology Group and the French Association of Ambulatory Pediatrics believe that "all the conditions are met for a major public health crisis in paediatrics, but also in adults, and this, in the very short term (a few weeks)". The press release estimates that this crisis could represent a higher mortality risk than the bronchiolitis epidemic. And to add that "the transfer to adult forms, by domino effect, induces a major risk of shortage of adult amoxicillin presentations still available, followed very quickly by a major risk of shortage of adult alternatives".