They celebrated like they'd won the championship, but they're still a long way from it. 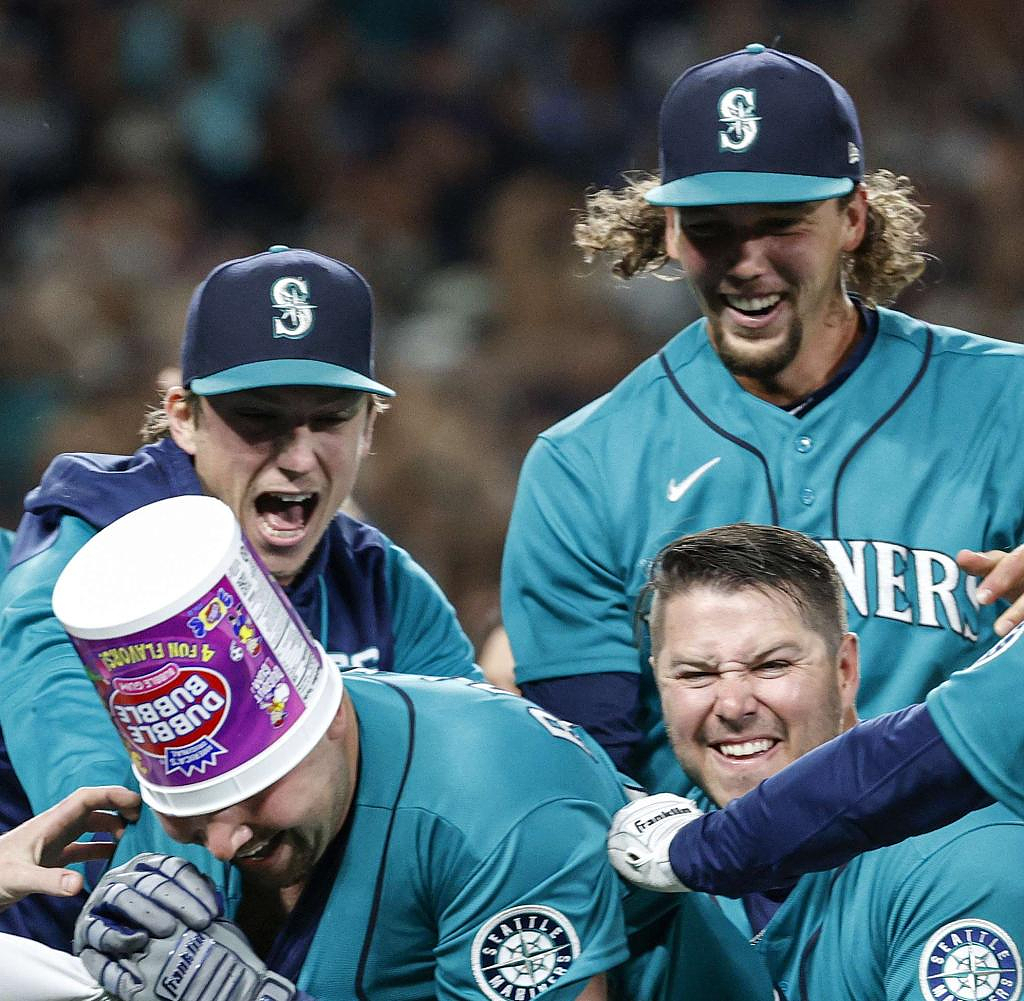 They celebrated like they'd won the championship, but they're still a long way from it. But the Seattle Mariners still had reason to celebrate. The Pacific Northwest baseball team has finally shed its title as the biggest losing squad in US sports.

The Mariners qualified for the Major League Baseball championship playoffs for the first time in 21 years. No other team in the four major professional leagues in the USA (baseball, football, basketball, ice hockey) has waited longer to participate in the finals.

The joy was correspondingly great when Cal Raleigh (25) hit the decisive home run to win against the Oakland A's. Six games before the end of the main round, Seattle can no longer take part in the play-offs. "I knew the ball was flying far and looked straight at my team-mates. They jumped up and down. It was crazy,” Raleigh describes the moment of happiness, which was also celebrated in the stands.

While none of the current players were of course present at the last play-off entry to date in 2001, the situation is somewhat different for the Mariners fans. For years, the team and its supporters were mocked. Many considered it cursed for lack of success. Such legends have a long tradition in baseball. The Chicago Cubs once waited 108 years for their next championship. A man who was not allowed to stay in the stadium with his goat at the time is said to have been responsible for the curse.

No such curious reason is known in Seattle. Nevertheless, at least the beginning of the dry spell is quite astonishing. In 2001, the Mariners finally played an absolute record season and celebrated 116 victories in the main round. No other team has managed to do this to date. Still, it wasn't enough for the title, Seattle lost in the play-off semifinals to the New York Yankees.

The frustration was infinite. It seemed as if the team had missed a golden opportunity for the first championship. Now, 21 years later, the Mariners at least have a chance to play for the title again. The playoffs begin October 7, and Seattle's first opponent has yet to be determined.

Only the Sacramento Kings should have been annoyed about the end of the dry spell. The California basketball team last made the playoffs in 2006 and have now taken Seattle's questionable title as America's biggest losers team.

‹ ›
Keywords:
BaseballSeattleNew York YankeesSeattle MarinerAmerikaYankeesSacramento KingsFussball
Your comment has been forwarded to the administrator for approval.×
Warning! Will constitute a criminal offense, illegal, threatening, offensive, insulting and swearing, derogatory, defamatory, vulgar, pornographic, indecent, personality rights, damaging or similar nature in the nature of all kinds of financial content, legal, criminal and administrative responsibility for the content of the sender member / members are belong.
Related News