Amber Alert issued in Central L.A. for a 1-year-old girl who was forcibly taken by an armed father

Authorities in Los Angeles County issued an Amber Alert Friday morning to alert the public about a 1-year old girl who was taken by her father during a custody dispute. 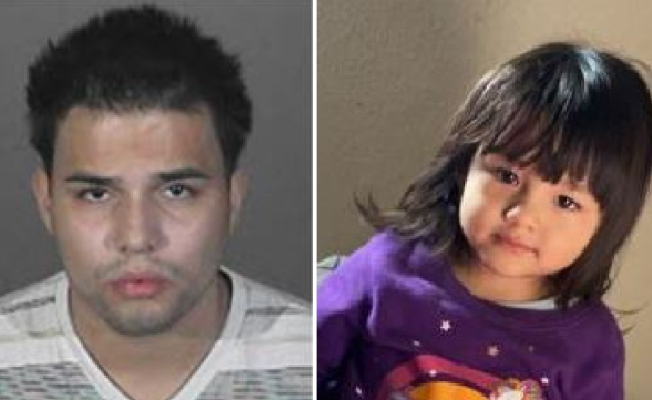 According to a California Highway Patrol flyer, the child, Catalina Reyes Canino (23 months), was taken by Leonardo Rosales, 26, at 10:45 p.m. on Thursday.

Officers responded around the same time to a report about a kidnapping taking place in the 100 block South Reno Street. They were met by the mother of the child who claimed that her ex-boyfriend was the father of the child.

According to LAPD, the mother claimed that Rosales and her father are involved in a child custody dispute.

According to police, Rosales and two other men arrived at Rosales' home, forcibly entered, threatened the family, and then took the girl.

The Honda Accord he was driving fled the scene in was a gray Honda Accord bearing an unknown number of plates.

According to police, Rosales doesn't have custodial rights for his daughter.

The child was 2 feet tall, weighed 26 pounds and had brown eyes and black hair. The child was wearing a purple shirt with unicorns and white pajamas.

According to his description, the father was 5' 7" tall and 160 lbs with dark hair and brown eyes. He was wearing dark clothes.

CHP stated that the father should "considered dangerous and armed."