Amazon: why is the giant preparing for the biggest layoff plan in its history?

After Meta and Twitter, it's Amazon's turn to fire some of its employees. 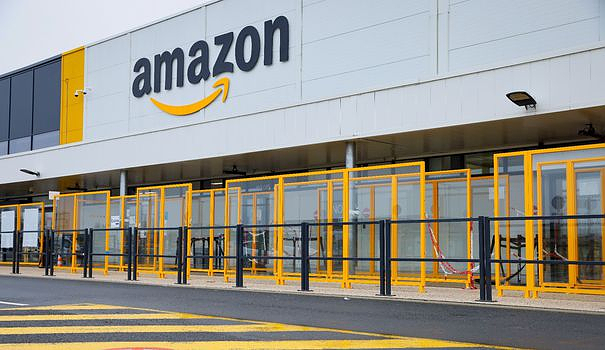 After Meta and Twitter, it's Amazon's turn to fire some of its employees. According to the New York Times, the online sales platform plans to lay off 10,000 employees to respond to the economic crisis. This would represent a little less than 1% of the group's current payroll, which had 1.54 million employees worldwide at the end of September, not counting seasonal workers, recruited during periods of increased activity, in particular for the Christmas holidays. end of the year.

According to the American daily, the positions affected by the workforce reductions will be located in the Amazon Devices department (electronic devices equipped with the voice assistant Alexa or even Kindle readers), in the retail division as well as in the human ressources. However, the breakdown by country is not specified. Contacted by AFP, Amazon did not react immediately. If confirmed, it would be the largest redundancy plan in the company's history.

Two weeks ago, the company announced a hiring freeze in its offices. And its workforce has already shrunk from the start of the year, when it employed 1.62 million people full-time or part-time. Between early 2020 and early 2022, Amazon had doubled its global staff in the face of soaring demand in what remains to this day the most profitable period ever for the company. But the American retail giant saw its net profit drop 9% year on year in the third quarter. Amazon faced high costs from overinvestment and rapid expansion decisions, while changing shopping habits and high inflation affected sales.

For the current quarter, the crucial period of the end of year celebrations, the Amazon company thus anticipates anemic growth with regard to its standards, between 2% and 8% over one year, and an operating profit of between 0 and 4 billion dollars, against 3.5 for the same period of 2021. Even Amazon Web Services (AWS), the group's remote computing activity (cloud), which has so far shown insolent growth and profitability. , saw its revenue increase more moderately this summer, climbing 27%, compared to 39% a year ago.

"Macroeconomic uncertainty has led to an increase in the number of AWS customers wanting to control their costs" and thus save on their technology expenses, explained the group's chief financial officer, Brian Olsavsky, during a conference call. presentation of the results at the end of October.

Amazon is far from the only American tech giant to respond to the economic crisis with a far-reaching social plan. Last Wednesday, Meta, the parent company of Facebook, announced the loss of 11,000 jobs, or about 13% of its workforce. At the end of August, Snapchat cut around 20% of its workforce, or more than 1,200 employees, after losing more than 60% of its stock market value in six months. Twitter, recently acquired by Elon Musk, for its part has fired about half of its 7,500 employees. Large platforms whose business model is based on advertising are facing budget cuts from advertisers who are reducing their expenses in the face of inflation and rising interest rates.

This news of massive layoffs from the platform comes as Amazon founder and multi-billionaire Jeff Bezos assured for the first time, in a CNN interview aired Monday, that he plans to distribute most of his wealth to charitable works during his life. Jeff Bezos, who also owns the Washington Post newspaper and space company Blue Origin, is currently worth $124 billion, making him the fourth richest person in the world, according to Bloomberg. It was once at the top of the charts but its fortunes, largely tied to Amazon's, have declined as the company's stock has fallen over the past year.