Alternative to the Way of St. James - pilgrim hiking in the Rheingau

The first stage on the Klostersteig starts on a path as narrow as a towel. 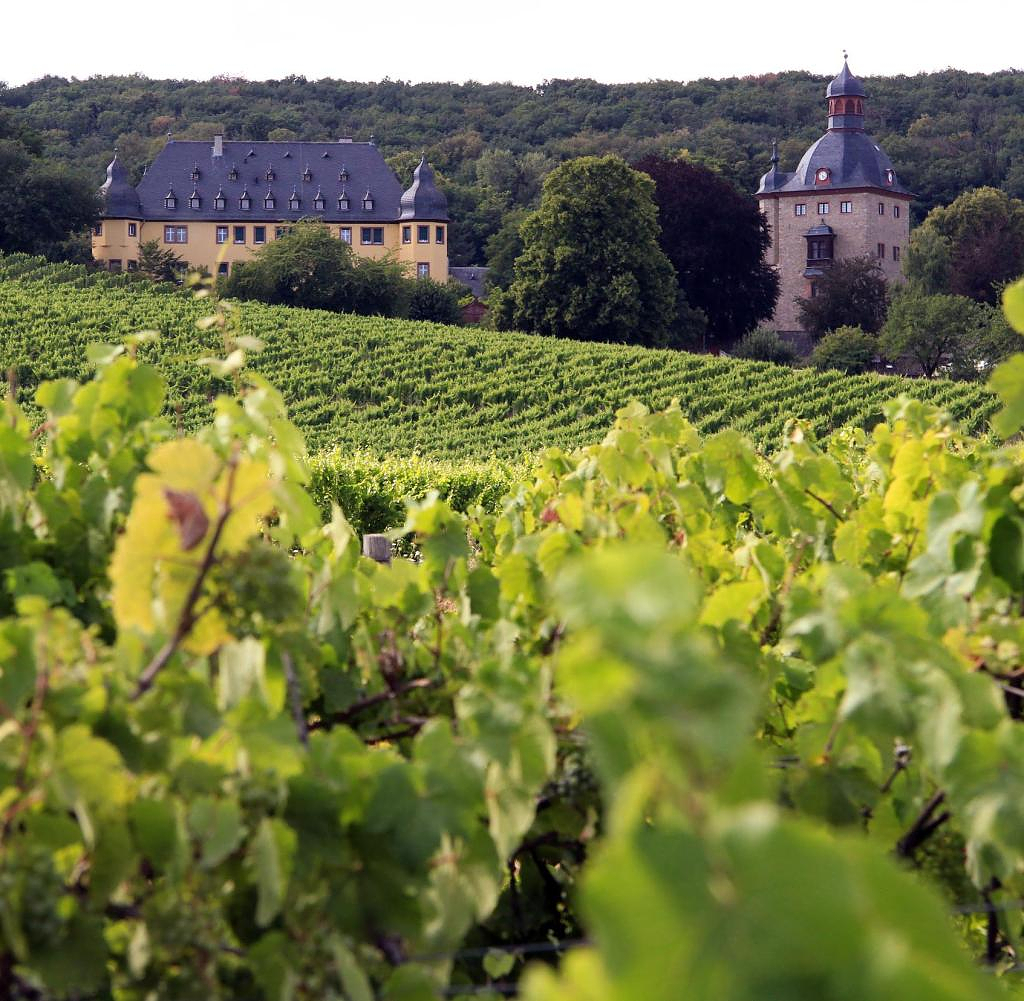 The first stage on the Klostersteig starts on a path as narrow as a towel. It goes steeply uphill over scree from Eberbach to the Hallgarter Zange. 350 meters in altitude in just four kilometers - the "Jakobsweg" of the Rheingau starts slowly.

A total of 30 kilometers are on the plan. "That's about 45,000 steps," estimates Wolfgang Blum. The Geisenheimer accompanies hiking groups on the route through the wine region several times a year.

The route connects the former monasteries of Eberbach near Eltville and Marienhausen in Assmannshausen-Aulhausen. On the way there are three lively monasteries: the Marienthal Franciscan monastery, the Cistercian community of Nothgottes and the Benedictine nuns of St. Hildegard. The Klostersteig lives up to its name.

If you manage the first ascent, the worst is behind you. "At 580 meters, the Hallgarter Zange summit is the highest point of the Rheingauer Klostersteig," says Blum.

From here the Klostersteig meanders gently up and down through lush vineyards. This is where the grapes for the famous Riesling ripen. Sometimes the route leads over forest paths, but mostly over the wide farm roads of the winegrowers.

Pilgrimage hiking has experienced a boom since the bestseller “I'm Gone Then”. In the book, TV star Hape Kerkeling describes his experiences while walking the Way of St. James through northern Spain to the pilgrimage site of Santiago de Compostela.

"To find out about yourself and experience the stillness of nature in hectic, uncertain times, that's why hikers are out and about on the Klostersteig," hiking expert Blum noticed from the conversations with guests. The way can be done in two daily stages. In between, there is ample opportunity to immerse yourself in the history of the monasteries and religious orders. And into the history of wine in the Rheingau.

Wine and pilgrimage, do they go together? Hiking guide Blum seems to have been waiting for this question and has the handy answer ready: "Which drink is often mentioned in the Bible? Wine!"

On the first day you will pass Schloss Vollrads, an estate that is proven to have sold wine for the first time in 1211. And on to Johannisberg. Half of the way is done here.

The interior of the basilica at Johannisberg Palace is unadorned, there are hardly any sculptures or pictures. But it is precisely this sparseness that leaves room for spiritual thoughts in search of oneself. The history of the basilica goes back to the year 1100 to a Benedictine monastery that was closed in the 16th century and later converted into the summer residence of the prince bishops of Fulda.

In distant Fulda, the high lords always gave permission for the grape harvest. The prerequisite was that the grapes had previously been brought to Fulda with a courier rider to be tested. In 1775, the rider returned two weeks late. In the meantime the harvest seemed spoiled. But things turned out differently, the wine from the rotten grapes surpassed previous vintages in quality.

It was the discovery of the late harvest Riesling. Depictions of the Riesling rider in the courtyard of Schloss Johannisberg and on the road to Oestrich-Winkel are reminiscent of the success story of the more than 500 wineries in the Rheingau.

Day two on the Rheingauer Klostersteig: The group, led by Blum, hikes just over an hour along the forest path in the Elsterbachtal to the Marienthal monastery.

Nine Franciscan Fathers today preserve the tradition from the 14th century; it is considered one of the oldest places of pilgrimage in Germany.

Believers sometimes come from far away and pray in front of the image of Mary. In their own way, they experience the alleviation of their personal burdens through reflection and prayer: "Thanks be to Mary" and "Mary has helped", this is often written on stone plaques in the antechamber of the church.

Incidentally, hiking guide Blum causes astonished faces in his group: In 1468, the first monastery printing shop in the world was set up in Marienthal. That was in the year of the death of Johannes Gutenberg, who had invented the printing press in nearby Mainz a few years earlier.

Through the vine slopes it goes up to the Benedictine Abbey of St. Hildegard. Today's church and monastery were not built until 1900. The approximately 50 Benedictine sisters are the successors of Saint Hildegard von Bingen, who founded a monastery in neighboring Eibingen around 1165. The relics of the important natural and medicinal doctor of the early Middle Ages are kept in a golden shrine in the Eibingen parish church, a little off the Klostersteig.

"Klostersteig, Rheinsteig and also the Way of St. James come together at the Abbey of St. Hildegard," explains Blum. Sometimes the hikers meet Sister Thekla Baumgart at work in the vineyards. She is a winemaker and has managed the monastery winery since 1998.

"We cultivate seven hectares of vines and press Riesling and Pinot Noir," she explains. “We are the only monastic community in Germany that actively cultivates wine, from tending the vines to pressing and selling in the monastery shop and online shipping.” Loggertrunk is the logical name of one of the off-dry Rieslings from the monastery winery.

Five last kilometers on the Klostersteig mark the finish line. In Aulhausen, hikers reach the little church of the former Cistercian monastery of Marienhausen, happy and satisfied with the walk they have completed. And are surprised and “flashed”. The bright room is dominated by a sculpture of Christ, three meters high, made from the trunk of a 300-year-old oak tree. "Christ spreads his arms wide for those who walk," explains Pastor Kurt Weigel. What a nice welcome.

Destination: The Klostersteig leads over almost 30 kilometers from Eberbach Abbey near Eltville through the vineyards to Assmannshausen-Aulhausen. It can be walked in two or three days. The hike can be interrupted in Johannisberg, from there by bus or taxi to Geisenheim train station. From the destination in Aulhausen it is still around three kilometers to the Assmannshausen train station.

Getting there: Take the train from Wiesbaden on the Rheingau line in the direction of Koblenz to Eltville, from there you can take the bus to Kloster Eberbach.

Accommodation: There are hotels, guesthouses and holiday apartments directly on the Rheingauer Klostersteig in Kloster Eberbach and the Abbey of St. Hildegard, in Johannisberg, Geisenheim-Marienthal and Aulhausen.

Practical information: backpack food and drinks should be taken on the hike; there are only a few places to stop for refreshments directly on the way. At each monastery, hikers receive a stamp in the pilgrim's pass (available in the tourist offices) as a reminder of the Klostersteig. Mobile phones are not needed for navigation, the route is well signposted.

‹ ›
Keywords:
WeinWandernPilgerWallfahrtskircheFuldaNordspanienVollradRheingauer KlostersteigEberbachPfarrkircheWanderndeReiseBasilikaAulhausenJakobsweg Des RheingauMarienthalRheinwegMarienhausenEltville
Your comment has been forwarded to the administrator for approval.×
Warning! Will constitute a criminal offense, illegal, threatening, offensive, insulting and swearing, derogatory, defamatory, vulgar, pornographic, indecent, personality rights, damaging or similar nature in the nature of all kinds of financial content, legal, criminal and administrative responsibility for the content of the sender member / members are belong.
Related News