Almeria's 10% of teenagers still believe transsexuality to be a disease

Hate speech has always been driven by fear of the unknown. 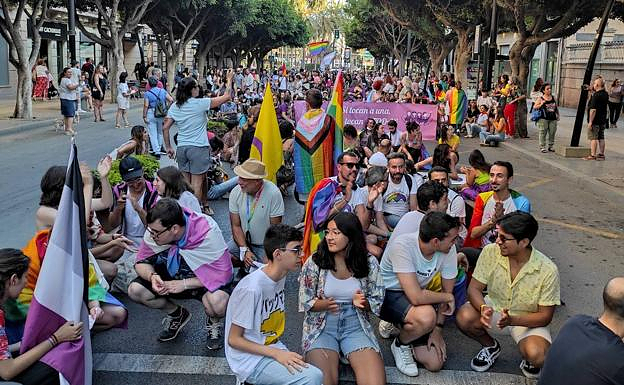 Hate speech has always been driven by fear of the unknown. This trend is also fed by ignorance, cliches, and misinformation that slowly takes over society's beliefs. This situation is made worse by the complexity of letting go of the information one has absorbed as one travels along the long and difficult road of life. It is because if one is a child, he may be subject to certain biases that will make it difficult for him to free himself later.

This is why it is important to tackle these issues early, before fears and prejudices are formed. This is evident in LGTBIphobia issues because, even though society seems to be moving forward, there are peaks of verbal and physical violence that are intrinsically linked to certain political entities.

Almeria is not an exception to the homophobic violence wave that is affecting young people in the province.

Everything is tied to the education and influence that young people get, especially as adolescents. Colega Almeria has chosen to study the current trends to gain first-hand knowledge about the heirs to a society that values tolerance.

It has produced a report on the state respecting affective-sexual diversity among young people in Almeria. In addition, workshops and talks have been given on sexual diversity in secondary schools to adolescents male and female between 12-18 years. The workshops were taught in random classes throughout the province. 3,000 people completed a questionnaire with 20 questions about LGBTIphobia. They also answered anonymously, giving their name, sex, and course.

These results are striking, to put it mildly. Over half (51.25%) of the respondents had witnessed homophobia and transphobia in their environments. This could be in the form either of insults (67.33%), harassment (19.81%) or aggression (10.86). They have most often been observed in the education center, on the streets, in the family, and on social media. The stereotype of transsexual or homosexual people is also maintained among adolescents.

We can see that 9.65% of those surveyed believe that transsexuality, and not a condition that is related to sexual identity, is a disease. The percentage of people who believe that homosexuality is a disease has dropped to 8.9%.

Another topic that is still very popular is the homosexual couple, where one member plays the man and another the woman. Almeria's young people believe this, with 19.80% believing that only heterosexual sentimental relationships are valid. 8.47% also agree that transsexual or homosexual people cannot have children. Continued with the rights issue, 19.47% believe that the LGBTIQ community demands too many rights.

The surveys also revealed that 59.23% would prefer to find out in advance whether a friend is gay to avoid awkward situations. While this might seem to be a valid principle and not cause for concern, it would be absurd for a heterosexual person present himself to a group of people as homophobic. In keeping with the previous point, 15.22% of respondents found it difficult or laborious for them to make friends and befriend a transsexual or homosexual person.

Colega found that 10.64% of teenagers believe that having a gay teacher can negatively impact their education. They associate their educator's orientation as something that can affect their learning.

Another homophobic topic that persists and has been passed on to our youth is the belief that members of the group are more promiscuous that heteronormative. This belief is so deeply ingrained that 20.63% of teenagers still hold it. According to the assessment of promiscuity 27.12% of young adults indicate that homosexuals or transsexuals are more likely to get sexually transmitted diseases or STDs.

However, 26.22% believed that it was possible to distinguish a homosexual person based on their manner of dressing, speaking, or expressing themselves. This directly related to plumophobia. It is important to note that 21.96% believe homosexuality can be changed. This could be someone who changes their clothes or someone with a problem that can easily be treated.

It is alarming to find that 9.99% of people surveyed believe homosexuals do not have the right or right to publicly express their affection. 13.31% believe that gays all want to be females and vice versa. This is confusing gender identity with sexual orientation.

14.10% of those surveyed said that they once thought they had relationships with other people of the same sexual orientation.

‹ ›
Keywords:
AdolescentesAlmeriaCreeTransexualidadEnfermedad
Your comment has been forwarded to the administrator for approval.×
Warning! Will constitute a criminal offense, illegal, threatening, offensive, insulting and swearing, derogatory, defamatory, vulgar, pornographic, indecent, personality rights, damaging or similar nature in the nature of all kinds of financial content, legal, criminal and administrative responsibility for the content of the sender member / members are belong.
Related News