"Almeria must take advantage of all water resources"

Carmen Crespo, Minister of Agriculture, Livestock, Fisheries and Sustainable Development, stated yesterday that Almeria must "take advantage of all available waters sources" in order to address the water shortage and ensure the supply of all productive sectors. 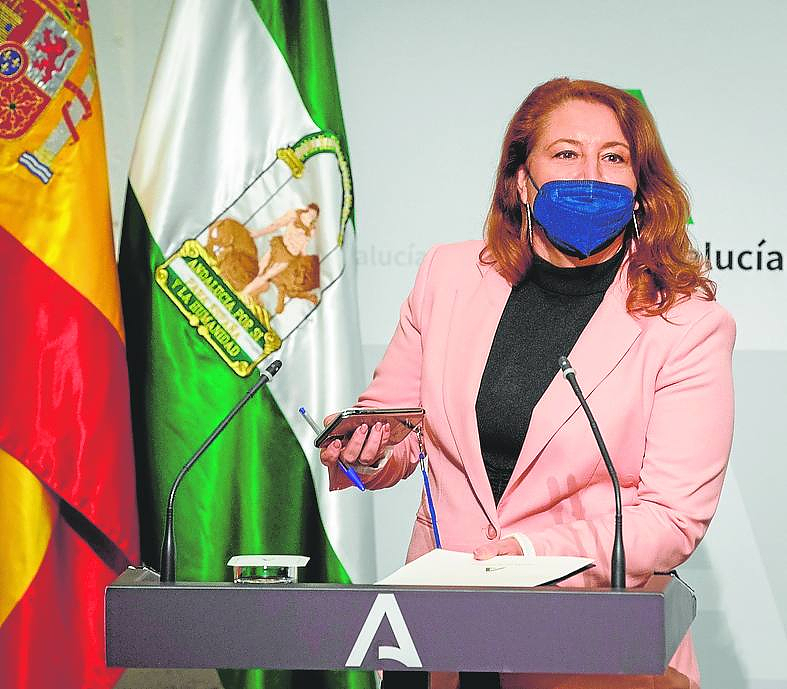 Carmen Crespo, Minister of Agriculture, Livestock, Fisheries and Sustainable Development, stated yesterday that Almeria must "take advantage of all available waters sources" in order to address the water shortage and ensure the supply of all productive sectors. Particularly in agriculture. Crespo believes that the Almeria Province "cannot ignore any resource because in these dry land every drop matters" and has defended the Tajo-Segura Transfer. He also argued for "a clear commitment towards desalinated water with facts, investments and facts.

Crespo referred to Teresa Ribera's statements as third vice president and minister of Ecological Transition. She pointed out a decrease in water availability from Tagus, which will be compensated by a higher performance of several Almeria desalination plant. 2024 is the date when the central government plans on completing the improvements at the Bajo Almanzora and Campo de Dalias desalination facilities.

While stating that Tajo-Segura is essential to ensure supply in Levante de Almeria's, the minister warned of the danger of creating "excessive ecological flows", which would require "taking another step" towards the final goal of closing the transfer. She noted that the transfer is essential for the supply of 150,000 people and the irrigation of 23,000 ha of crops.

Crespo reiterated his belief in a solidarity management, and away from ideologic prejudices, of the transfer. Crespo stated that technical and scientific criteria should prevail over political ones. Crespo called upon the Third Vice President, Minister for the Ecological Transformation, to listen to the Tajo-Segura farmers, as the closure of the transfer would have a significant impact on the future of the sector and, therefore, on the economic, socio-environmental development of Levante Almeria.

The minister spoke out about desalinated water and said that she hoped that the dates established by the Ministry to improve the desalination plants of Bajo Almanzora and Carboneras "will be met" and that we won't have to discuss more delays, especially since the Government of Spain has been slowing down the flow of the Tajo Segura transfer for many years, and that the completion date for these works is at most, 2024.

Crespo also requested that the central government give a higher bonus for desalinated waters so that it does NOT exceed 0.30 euro per cubic meter. This would prevent Almeria's agricultural sector "losing competiveness" with other regions.

‹ ›
Keywords:
AlmeriaNecesitaAprovecharFuentesHidricas
Your comment has been forwarded to the administrator for approval.×
Warning! Will constitute a criminal offense, illegal, threatening, offensive, insulting and swearing, derogatory, defamatory, vulgar, pornographic, indecent, personality rights, damaging or similar nature in the nature of all kinds of financial content, legal, criminal and administrative responsibility for the content of the sender member / members are belong.
Related News