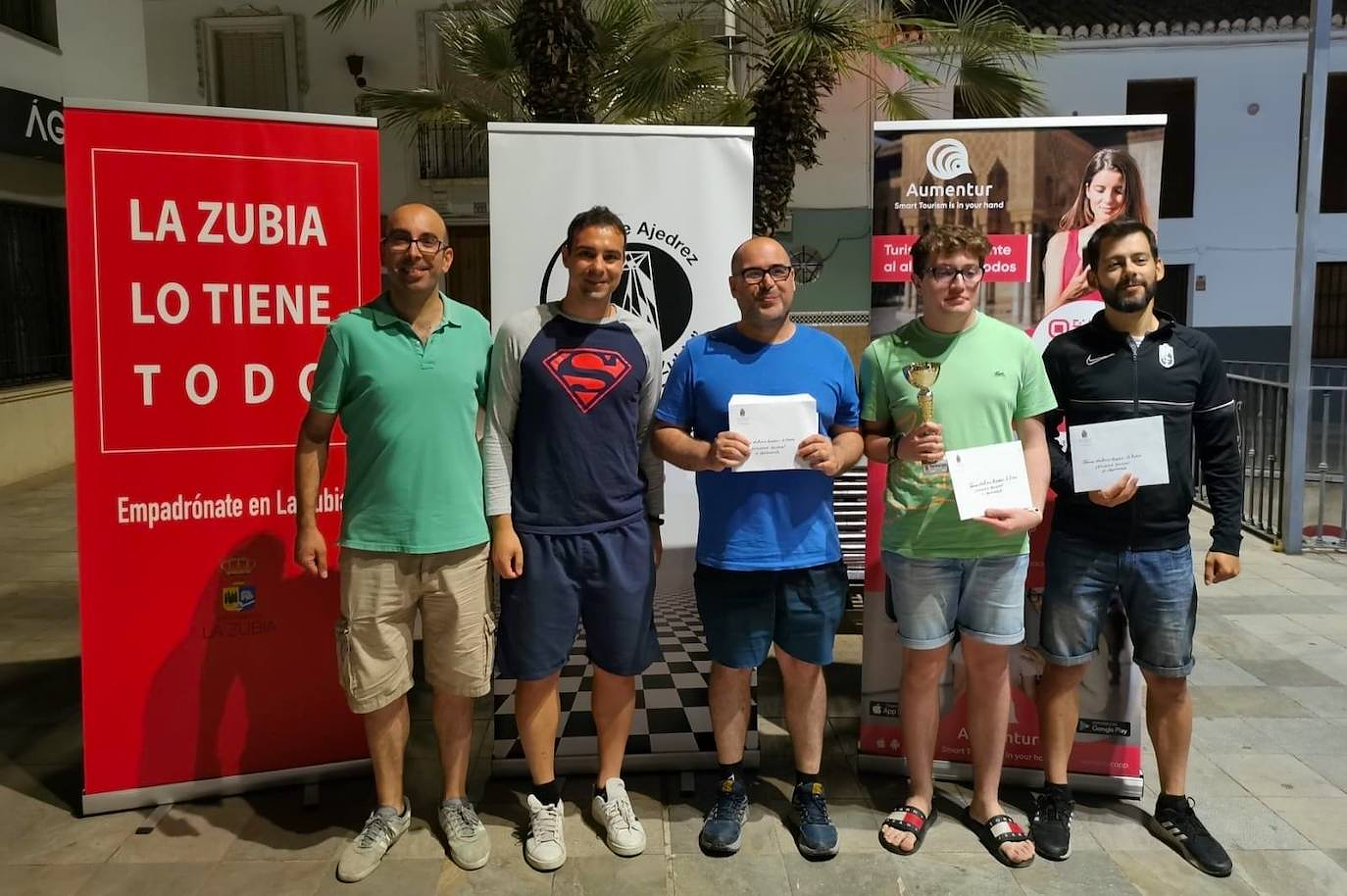 The sixteenth Villa de La Zubia Night Chess Tournament saw more than 60 chess players from the province. Alejandro Serrano was the winner in the general category and Alex Paris and Gabriel Garcia were the winners in the local category. The meeting was held outside Casa Pinta de La Zubia where participants could enjoy a wonderful evening in the traditional night tournament. It was organized by Villa de La Zubia Chess Club and the City Council Department of Sports.

There was a tie for first at six points. Buchholz determined that Alejandro Serrano, a young man, was the winner. Luis Cabrera, Reinaldo Peninado and Reinaldo Peinado completed the podium. David Alonso, from Villa de La Zubia won the fourth place.

Puri Lopez, the Mayor, and Miriam Espinola (the Councilor for Sports of La Zubia), highlighted "the extraordinary levels of this sporting event which celebrates 16 editions this year in great health."

‹ ›
Keywords:
AlejandroSerranoGanaTorneoNocturnoVillaZubia
Your comment has been forwarded to the administrator for approval.×
Warning! Will constitute a criminal offense, illegal, threatening, offensive, insulting and swearing, derogatory, defamatory, vulgar, pornographic, indecent, personality rights, damaging or similar nature in the nature of all kinds of financial content, legal, criminal and administrative responsibility for the content of the sender member / members are belong.
Related News