Alciser managed 174 acts of private security in the estate

The Private Surveillance Service (Alciser), managed by the Local Association of Commerce, Industry and Services in Los Cerros, carried out 174 actions in 2022. 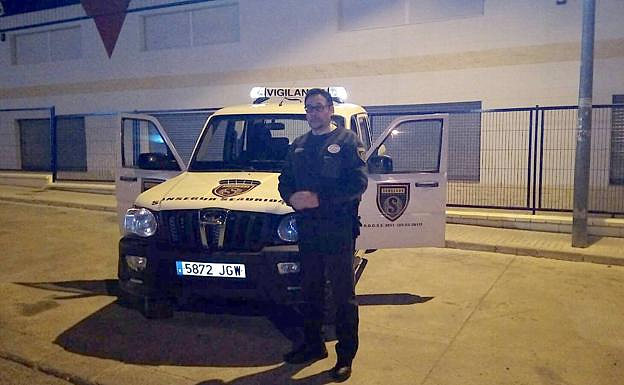 The Private Surveillance Service (Alciser), managed by the Local Association of Commerce, Industry and Services in Los Cerros, carried out 174 actions in 2022. This is a positive balance for the group. It is also worth mentioning that the service is available 365 days per year and provides valuable services to the business community.

For example, they inspected 121 alarms in different buildings and notified the National Police (8x), the Civil Guard (3x) and the Local Police (4x) to inspect suspicious vehicles or people. They also called firefighters 7 times for fires that were caused by garbage or other waste.

They also prevented diesel theft from trucks three times, helped victims of 3 traffic accidents that happened during their service hours, responded on four occasions to the Civil Guard's maximum alert, detected and repaired the damage to urban furniture 3 times, and later transferred it to the City Council.

They also detected and extinguished 3 vehicle fires by their own means. Additionally, they foiled ship theft on 7 occasions, and 8 times notified Civil Guard for different reasons.

‹ ›
Keywords:
ActuacionesServicioVigilanciaPrivadaGestionaAlciserPoligono
Your comment has been forwarded to the administrator for approval.×
Warning! Will constitute a criminal offense, illegal, threatening, offensive, insulting and swearing, derogatory, defamatory, vulgar, pornographic, indecent, personality rights, damaging or similar nature in the nature of all kinds of financial content, legal, criminal and administrative responsibility for the content of the sender member / members are belong.
Related News