Fruit of almost full planes, high prices and the success of the "business" and "premium economy" classes, these "very solid" results allow the Franco-Dutch airline group to reduce its debt again, he announced. 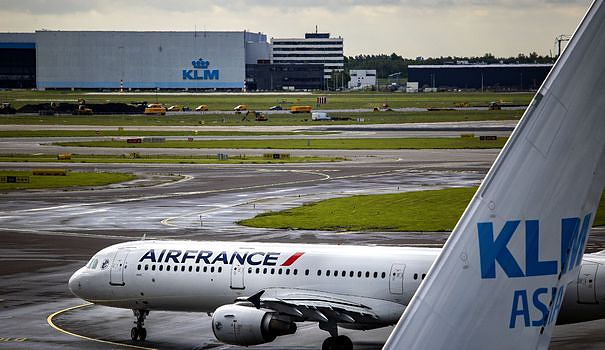 Fruit of almost full planes, high prices and the success of the "business" and "premium economy" classes, these "very solid" results allow the Franco-Dutch airline group to reduce its debt again, he announced. Friday.

It will thus repay in advance next month a billion euros of loans guaranteed by the French State, out of 3.5 billion still due.

Air France-KLM took advantage of the crucial summer period by carrying 25 million passengers, an increase of 47.6% compared to the third quarter of 2021.

But its turnover did much better, jumping 77.6% to 8.11 billion euros, a level 500 million euros higher than that of the third quarter of 2019, before the outbreak of the Covid.

However, Air France-KLM deployed only 89% of its 2019 seat capacity this summer, with an occupancy rate of 88%.

Thanks to the profit of the third quarter - nevertheless weighed down by 300 million euros by the strong dollar, according to the financial director Steven Zaat -, the company goes from 232 million euros in the green over the first nine months of the year. It had lost 7.1 billion euros in 2020 and 3.3 billion in 2021.

Possible element of explanation, the analysts consulted upstream by Factset and Bloomberg expected an even higher net profit. And those of Stifel have pointed to accounts that are still fragile in the face of a dreaded "deterioration of market fundamentals" next year.

Saved from bankruptcy by the interventions of the French and Dutch states, and after two recapitalizations, the group emerged intrinsically more profitable from the Covid-19 crisis.

It carried out a cost reduction plan, getting rid of its least profitable planes and reducing its workforce: -16% full-time equivalents at Air France and -11% at KLM.

In addition, "in response to the rise in fuel prices and the increase in other external costs, the Group has implemented, on all its long-haul flights, several price increases during the first half of the year 2022", underlined the company, which has also seen its profitability per seat inflated by the success of its upper classes in the cabin.

Consequence: double-digit operating margins for both Air France (11.4%) and KLM (13.4%) over the quarter. Profitable routes to North America ran at full capacity but on Asian routes, the level of activity suffered from the persistent closure of China.

The "low cost" Transavia, the spearhead of the group's growth, will for its part reach in 2022 a capacity in available seat-kilometres, one of the sector's benchmarks, of 115% compared to 2019, even rising to more than 140% in the fourth quarter and the first quarter of 2023, on the strength of an expanded fleet.

Air France-KLM's performance would have been even better without the explosion in oil prices: the kerosene bill reached 2.3 billion euros in the third quarter alone, an increase of 181% over one year.

Despite inflation too, the group "remains confident in its ability to further increase its capacity during the winter season", said its managing director, Benjamin Smith, quoted in a press release, also ensuring that "progress significant" had been observed in the KLM "hub" at Amsterdam-Schiphol after operating difficulties this summer.

To meet "strong demand" for travel which does not seem to be flagging despite the general erosion of purchasing power in the West, Air France-KLM plans to deploy around 85% of its pre-crisis offer during the quarter. ongoing and some 90% in the first quarter of 2023.

The group estimates that it will end the year with an operating profit of more than 900 million euros, not far from 1.14 billion in 2019.