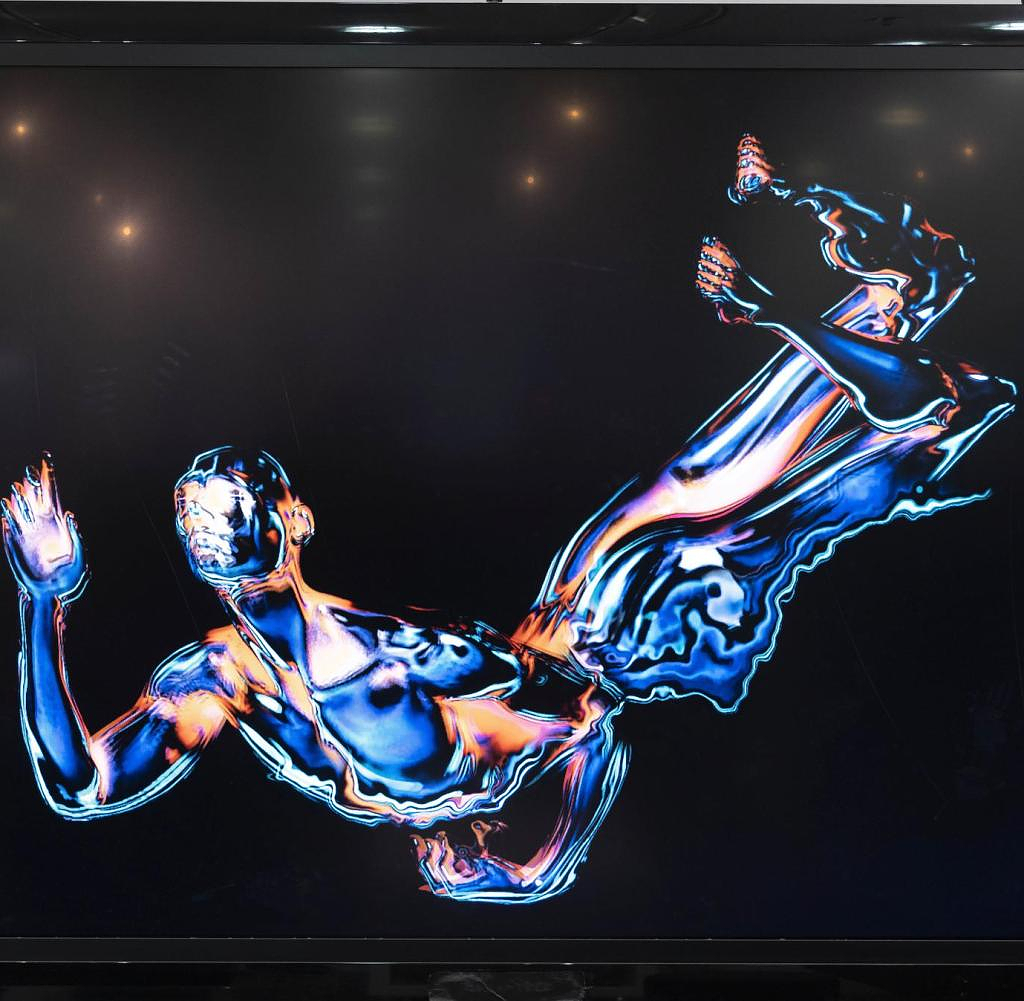 No, she won't go away. Some recognize it as the fourth horseman of the apocalypse, but most people appreciate the advantages it brings: artificial intelligence came insidiously, but was unstoppable.

Modern life without them is no longer imaginable. Googling something quickly? The algorithms provide answers immediately. Chatting with colleagues via Teams or Zoom? Is everything AI. Online banking, Paypal, YouTube, Instagram

Artificial intelligence can now be found almost everywhere - in industrial and administrative processes, in medical technology and agriculture, in data processing and climate research, increasingly in vehicles and last but not least in consumer electronics, especially in the cell phone, which is indispensable for many people.

Artificial intelligence should serve people, make it easier and more pleasant for them, enable them to lead healthier and more sustainable lives. And maybe it can also be used to control climate change.

The number of small and large AI applications is increasing rapidly, and increasing technical maturity can be observed. AI is out of its infancy. The technology, based on algorithms and therefore on pure mathematics, has a potential like nothing the human mind has ever conceived.

Because a new level of development can be reached with it, but also the existence of mankind can be endangered, it is necessary to deal with it carefully, in a manner that is shaped by ethical values ​​and regulated.

Enough starting points for the German AI Prize, which was awarded by WELT for the fourth time in front of guests from business, science and politics in the Axel Springer publishing house in Berlin. The prize is endowed with 35,000 euros and is awarded in two other categories in addition to the main prize.

Last week, outstanding achievements by German companies and entrepreneurs in the research, development, application and commercialization of artificial intelligence were recognized.

It is often said that Germany is lagging behind the USA and China. A look at the pure investment sums seems to confirm this: while in Germany between 2013 and 2021 the equivalent of around 4.4 billion US dollars flowed into AI development, in the USA it was around 149 billion US dollars in the same period. 61.9 billion US dollars are mentioned for China and 10.8 billion for Great Britain and India.

But: Both market leaders are investing enormous sums in the military, and China is also investing in state projects such as comprehensive surveillance including facial recognition. If you look at this, Germany is by no means left behind in seventh place in a market that the International Data Corporation estimates in the areas of hardware, software and IT services as early as 2024 with worldwide sales of more than 550 billion US dollars.

The German AI landscape with ten long-term state-funded competence centers and well over 1100 users and companies is broadly based. Bettina Stark-Watzinger (FDP), Federal Minister of Education and Research, outlined the applications, opportunities and requirements at the award ceremony: "AI expands our possibilities immensely. New technologies are the only way to meet the challenges while maintaining our prosperity.”

What was repeatedly expressed that evening in discussions and talks with award winners and laudators, namely criticism of too much bureaucracy and hesitancy, was also a concern of the minister: "One of the German virtues is that we are often very reserved." In a time when technological leaps have occurred at ever shorter intervals, “there is less time for concern. Our task is to create an AI ecosystem in our country. Science, business, politics and society must work closely together.”

The fact that numerical acrobatics with investment sums is like comparing apples and oranges is illustrated by an aspect that the Federal Minister also addressed: "In a country where there is academic freedom, we have freedom at all, and we have high ethical standards."

Ethics and trustworthiness also make the big difference for Philipp Günther. "AI is a field in which we are in a global arms race," says the senior project manager for innovation in the field of ICT at Berlin Partner, the city's business development agency.

The USA and China are way ahead, "but Europe with outstanding research locations like Berlin can still achieve a lot. For me, the strongest narrative is that we rely on trustworthy AI in Berlin and Europe. I think it will be difficult to catch up with the really big AI models. However, if we focus on specific areas such as language technologies, we can find European answers.”

In Berlin, 80 percent of the AI ​​companies are active in the B-to-B area, i.e. in the relationships between one company and another. "That's a huge difference to Chinese companies like TikTok and Co., which are very oriented towards private customers." In general, AI applications in China and the USA are much more trimmed for commerce, but also "for military applications and surveillance options ", says Philip Gunther.

Berlin has become by far the largest AI location in Germany. More than 40 percent of German AI startups are based or represented in the capital, where more than 200 companies in the industry post annual sales of 500 million euros. “Here we have an innovation cluster that does not exist anywhere else in Germany in this form.

One of Berlin's strengths is the interdisciplinary work on a wide variety of topics - from energy technology to optics and photonics to health and mobility," adds Berlin Partner spokesman Lukas Breitenbach, who describes the "scientific landscape with four universities, 40 colleges and more than 70 non-university institutions in networking with the applying economy".

The potential for the Berlin-Brandenburg capital region is considerable: Various projections predict an increase in sales of at least two to three billion euros for the local AI companies by 2025.

In a recent study commissioned by the digital association Bitkom, for which 606 companies with 20 or more employees from all sectors in Germany were surveyed, the AI ​​mood is mixed. More and more companies are recognizing the opportunities offered by artificial intelligence in the application, but at the same time the proportion of those who actually use AI is only increasing slowly, according to a result of the study.

“Above all, there are complaints about a lack of specialists and data.” The German hesitancy criticized by Bettina Stark-Watzinger and other participants in the German AI Prize is documented by the Bitkom study. It starts with the risks that companies see when using K – “worries about new IT security risks (79 percent), violations of data protection regulations (61 percent) and possible application errors when using AI (59 percent) are mentioned most frequently. “ – and ends with the planned investments.

These would increase, but only slowly. "Five percent have already invested before 2021, just as many in the past year. Six percent are investing in AI this year, and ten percent are planning to do so in 2023. And 20 percent want to invest in 2024 or later. But around two-thirds (64 percent) have not yet invested and are not planning any investments for the future either,” is perhaps the central statement of the study.

And the study clearly shows one more thing: there is a deep rift in the German corporate landscape. On the one hand there are the AI ​​users, on the other hand the procrastinators. Almost everyone sees a lot of catching up to do, but only one percent places themselves at the top, 13 percent among the pioneers. 43 percent describe themselves as latecomers, 42 percent even believe that they have missed the boat.

According to the study, the picture looks much more optimistic if you only survey the companies that are already using AI. "Twelve percent of them see themselves at the top and 54 percent among the pioneers." Bitkom President Achim Berg says: "AI is still a young technology. There's no reason to throw in the towel. Those who are serious about AI now can still develop competitive advantages.”

One of the threatening sides of AI is currently being revealed in the war between Ukraine and the aggressor Russia, in which both sides use drones to spy on the enemy and drop bombs. Military experts as well as warning voices from science see this conflict with semi-automated weapons not least as a kind of test run for increasingly sophisticated killer drones and robots.

Autonomous weapon systems (AWS) search and attack their target independently and, in contrast to partially automated remote-controlled weapons, manage the last phase of the attack independently. AWS are considered the third revolution in warfare. Like gunpowder and the atomic bomb before them, they will radically change warfare and thus determine future global power relations.

Work on this is being intensified in the USA, China and Russia in particular, but also in Israel and South Korea. While the latter tend to want to be armed against direct hostile neighbors, the US, China and Russia are dealing with deep-rooted distrust and systemic thinking.

At the end of the fictional news story, 8,300 students are dead - killed within seconds by a swarm of hummingbird-sized drones equipped with facial recognition technology and explosives. Scary climax is the last word. When asked by a report who could have done it, an expert replies: "Everyone". AI experts have been warning for a long time: Small armed drones in particular can be produced inexpensively in large numbers. All it takes to program is a couple of mediocre computer science students.

Attempts have been made for years to outlaw or ban lethal autonomous weapon systems. In the meantime, attempts to pass a corresponding resolution via a United Nations body in Geneva must be regarded as having failed. Even the veto of a single country is enough.

In fact, however, several states are blocking, including all of the previously mentioned ones. The Russian war of aggression against Ukraine has made the negotiations even more difficult: the terrorist state prevented the last meeting in March by not even accepting the agenda.

In 2016, two years before his death, physicist Stephen Hawking said artificial intelligence could be the best thing that can happen to mankind. Or the worst. It is not yet clear where the pendulum will swing. It's still the same six years later. After all, humans can determine the direction. The AI ​​critics would say: This is exactly the problem. However, events such as the WELT German AI Prize show that the overall direction is largely correct.

‹ ›
Keywords:
EntrepreneureKIPreisPartnerKünstliche IntelligenzDigitalisierung
Your comment has been forwarded to the administrator for approval.×
Warning! Will constitute a criminal offense, illegal, threatening, offensive, insulting and swearing, derogatory, defamatory, vulgar, pornographic, indecent, personality rights, damaging or similar nature in the nature of all kinds of financial content, legal, criminal and administrative responsibility for the content of the sender member / members are belong.
Related News