Ahead of the industry giants - two underdogs live their fairy tale

There is something that comes first for Urs Fischer and for Christian Streich and only has to do secondarily with football. 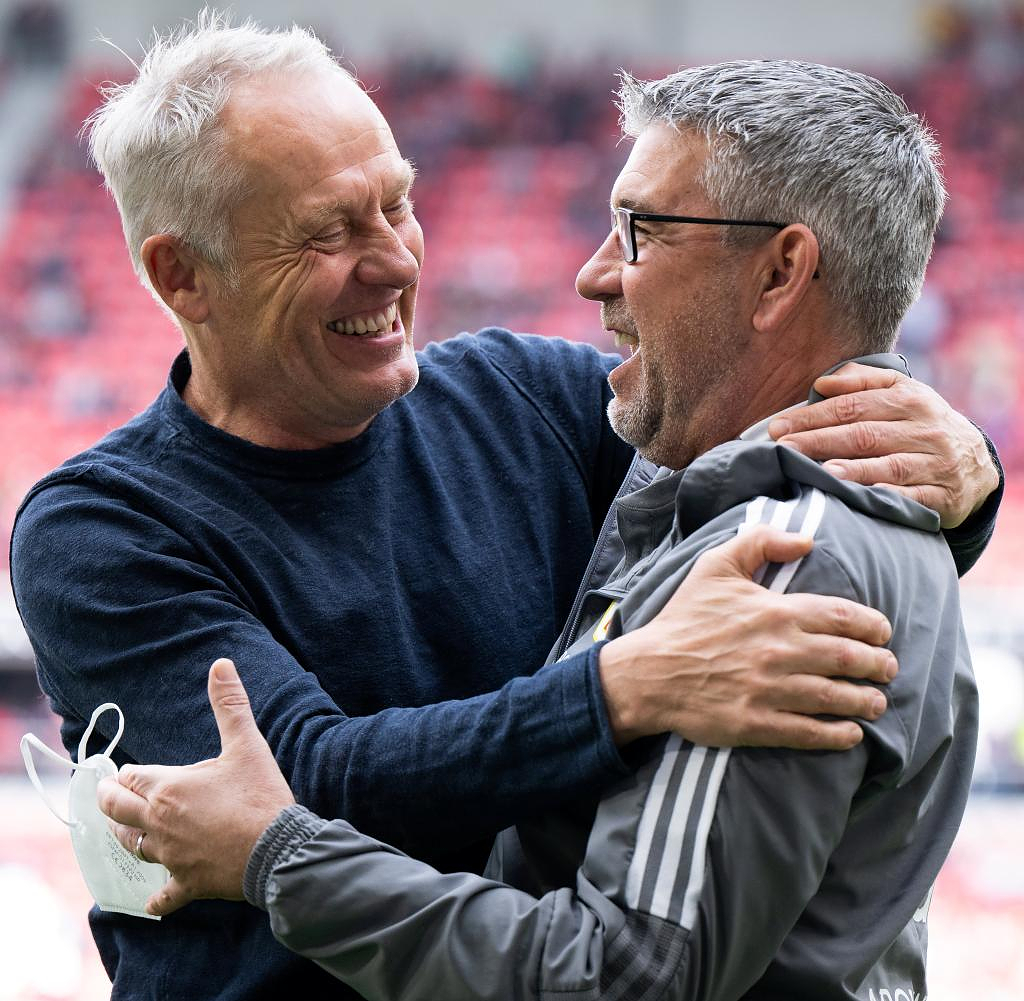 There is something that comes first for Urs Fischer and for Christian Streich and only has to do secondarily with football. Both coaches have internalized a basic attitude that is often talked about in Bundesliga business, but which is almost as often forgotten in stressful everyday life: the requirement to treat people with respect.

With the currently most successful coaches in the German elite class, there is a high probability that the latter will not happen to them. Fischer and Streich would rather accept failure than abandon their ethical principles. "The daily work with the team and the entire team, the conditions that the club provides, the human contact with each other - these are important factors for our success," said Fischer, describing the basis for Union Berlin's continued high flight extended his contract with the Köpernickers a good two weeks ago.

It still seems unreal: The team that Fischer led to the Bundesliga for the first time in the club's history in 2019 welcomes fourth-placed Borussia Dortmund on Sunday (5:30 p.m., in the WELT sports ticker). Two hours later, SC Freiburg, second in the table, makes a guest appearance at Bayern Munich, the third. The two top favorites for the title are chasing after two clubs whose budget is only a fraction of what is invested in Dortmund and especially in Munich.

Although it's only the tenth match day, everyone is still wondering: How is that even possible? The "Kicker" dedicated an editorial to this phenomenon - and curiously presented a series of data that almost suggest the conclusion: It should not be possible under any circumstances.

The Berliners commit the most fouls in the league, they try the fewest dribbles and they have the second-worst rate of tackles. Only one team sprints even less. Union has an extremely low percentage of ball possession - only three clubs have even fewer ball contacts in the opposing penalty area.

The magazine also brought sobering statistics to light with regard to the people of Freiburg. Only four teams sprint less often than the sports club's players. But football isn't just mathematics.

It's, thank God, still a game influenced by people, values ​​and group dynamic processes. This is what Streich and Fischer stand for, both of whom have long since become the faces of their clubs. They are trainers with completely different approaches and philosophies, but who are successful with authenticity. Both have fully committed themselves to their clubs and teams and have grown with them.

Streich knows nothing but SC Freiburg. He experienced his socialization as a youth coach. His maxim for dealing with professionals is based on this experience. "For me, players are not primarily players, but individuals with strengths and weaknesses," he recently explained in the podcast "Einfach mal Luppen" by Toni and Felix Kroos. "Back then, I wanted the best player to have a good, constructive relationship with the worst player," said the 57-year-old. After that, he still does it, even after more than ten years as a professional trainer.

Before Freiburg sign a player, the candidate has to interview him and Klemens Hartenbach, the chief scout and sports director. Hartenbach is Streich's most important reference person. They've been friends for decades. Together they explore whether the player fits humanly. Nothing and no one may jeopardize the homogeneity.

In the meantime, Freiburg have achieved a status that enables them to bring in professionals whose commitment would have been utopian just a few years ago. The sporting boom, which led to the Europa League in the summer, the positive image and a solid financial policy have long since lifted the club to another level. A new stadium was built, largely self-financed. The equity was increased to 95 million euros. The club is – not a matter of course after the corona pandemic – in excellent health. Before the start of the season, four players were signed in Ritsu Doan, Daniel-Kofi Kyereh, Matthias Ginter and Michael Gregorisch, "of whom we probably would have gotten a maximum of one a few years ago," says Streich.

Union's path was different, much more risky. Dirk Zingler, president since 2004, has expelled fatalism from the club, which had long cultivated an underdorg image. He didn't shy away from bold investments - be it in the stadium or in the team. Even in the second division, Union fully exploited its possibilities. It worked out because excellent specialists were and are at work: above all Oliver Ruhnert. The former head of the Schalke "Knappenschmiede", one of the most successful youth departments in Germany, always manages to compensate for the loss of top performers. In addition to Diego Leite, who integrated seamlessly into the defence, center forward Jordan and midfielder Janik Haberer, who came from Freiburg, also made an immediate impact.

Fischer, probably the most pragmatic coach in the Bundesliga, is responsible for the successful integration. The team plays exactly what they can under the 56-year-old Swiss player. What she can't do, she doesn't even try. It's not an aesthetic pleasure. But the Unioners manage to pull technically better opponents down to their level. They are the strongest running team. Their style of play differs fundamentally from that of Freiburg. Streich's team wants to have the ball and act. The Berliners, on the other hand, let the opponent come. If they have to design the game themselves, they run into problems.

Thursday showed where the partly similar, partly fundamentally different paths can lead. Union defeated Malmö FF 1-0 (0-0) with his minimalist style. With six points and two group games remaining, entry into the knockout stages of the Europa League is within reach.

Freiburg are already one step further: after their spectacular 4-0 (1-0) win at FC Nantes, international overwintering is assured. This is a milestone for the club. This increases self-confidence. Bayern could feel that too. "Of course they will attack us, but we are not afraid," said Streich. He hopes that there will be a "great game": "Not only from Bayern, but also from us."

The unusual table constellation at the top is more than good for the Bundesliga. Yawning boredom was forecast at the beginning of the season. There are now even serious voices that the state of emergency could last longer. "If things continue like this, Union can stay up for a long time," said Philipp Lahm. Both the Berlin and the Freiburg developments demonstrate “how important continuity is.” The decisive factor is “that certain positions have been occupied in the same way for years. You can see a concept from both coaches,” said the 2014 world champion to RBB.

Of course, there are also reminders that it will ultimately be the teams with better financial opportunities that will prevail. Ultimately, both outsiders will "learn the lesson because they don't have the same squad as Bayern and Dortmund," explained ex-national player Michael Ballack.

That's how it will be, but it's not a law set in stone either. Because then Union and Freiburg would not have gotten that far despite a series of English weeks. "It's just a bit like a fairy tale," said Oliver Ruhnert: "We hope we don't wake up."