Aguirre and Planas agree that there is no need to be concerned or alarm about the Newcastle outbreak.

Luis Planas, the Minister of Agriculture, Fisheries and Food, and Jesus Aguirre, the Minister of Health and Families, of the Andalusian government, agreed to note that there is no need to be concerned about the Newcastle disease outbreak at a Huercal-Overa chicken farm (Almeria). 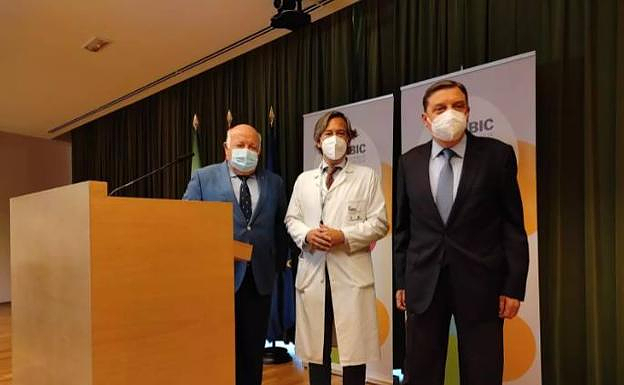 Luis Planas, the Minister of Agriculture, Fisheries and Food, and Jesus Aguirre, the Minister of Health and Families, of the Andalusian government, agreed to note that there is no need to be concerned about the Newcastle disease outbreak at a Huercal-Overa chicken farm (Almeria).

Planas, in this context, stated at a Cordoba press conference that, "for everybody's peace of mind", in animal health, Planas said, "it is a matter in which we strictly follow European protocols and the collaboration between autonomous communities and Government of Spain is perfect" and, in this particular case, "between the Junta de Andalucia and Ministry of Agriculture, Fisheries and Food".

As he assured, there is no concern about. We are monitoring it closely and, logicically, all communications are made. But in these cases, what really matters is our health and the prevention of any risks.

Jesus Aguirre, for his part, clarified that the Newcastle outbreak in Almeria was a zoonosis and that there were no infections between people. He also stated that it was not a health concern since people would experience mild viral symptoms and conjunctivitis if they had contact with others.

As he stated, there is no transmission of chicken meat to humans. Therefore, there is "no food alert". He said that protocols have been established by the European Union (EU) to help in these cases to create a "circle to protect the farm for three kilometers and eliminate all chickens. They are trying to "safeguard birds breeding by doing the protection perimeter but there is no alarm and there is not food alarm".

‹ ›
Keywords:
AlmeriaNewcastlePlanasAguirreVirusPollo
Your comment has been forwarded to the administrator for approval.×
Warning! Will constitute a criminal offense, illegal, threatening, offensive, insulting and swearing, derogatory, defamatory, vulgar, pornographic, indecent, personality rights, damaging or similar nature in the nature of all kinds of financial content, legal, criminal and administrative responsibility for the content of the sender member / members are belong.
Related News