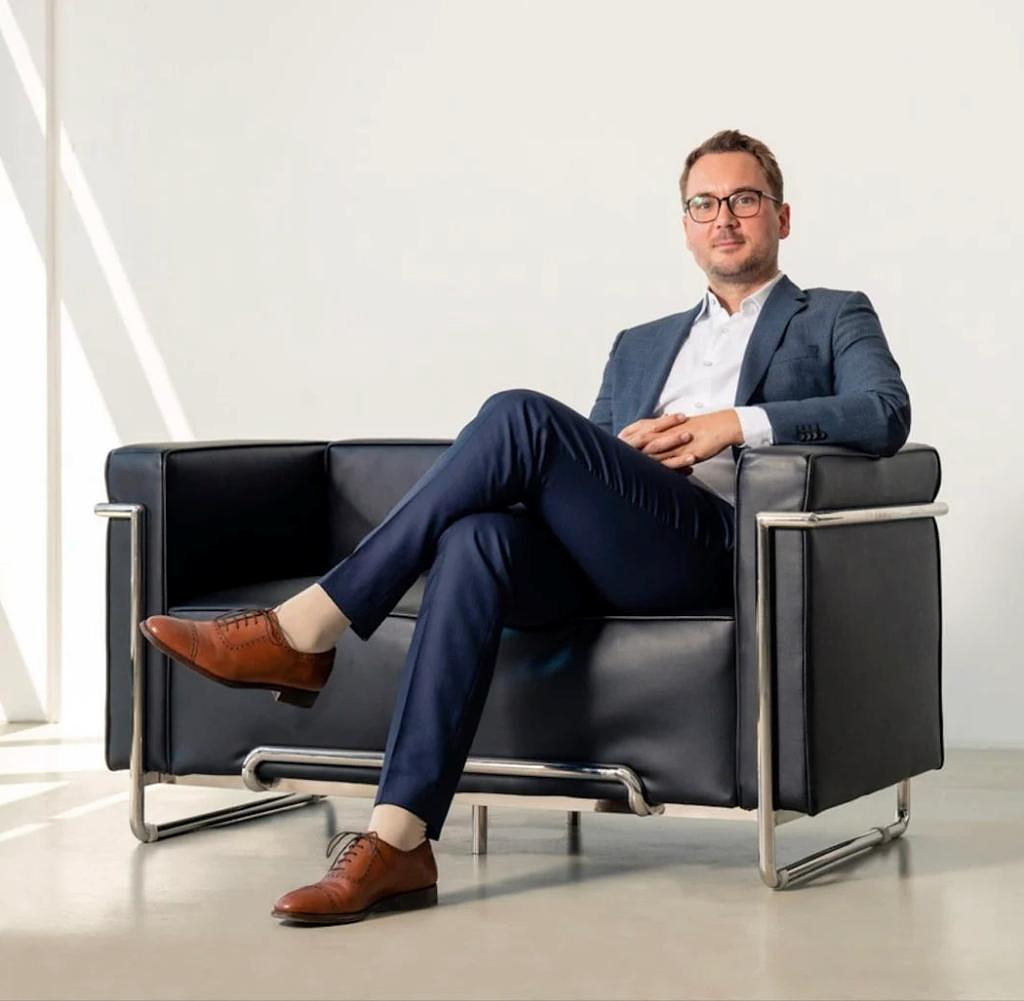 "Without hope," says Björn Henning. In the meantime, the situation of his company had been absolutely hopeless. Shortly before: everything off, close down, wind up, throw away, just run away or just file for bankruptcy.

That's what happened: In 2010, two of Henning's school friends, Tim Keding and Henry Bökemeier, founded a shoe start-up called Shoepassion. The idea was to offer business men's shoes online and, above all, cheaply. Instead of paying 300 euros and more for welted shoes like the competition, it should only be 179 euros at Shoepassion.

The principle worked, the start-up grew thanks to the aggressive pricing policy - and the founders began to expand their original idea. They opened offline stores in Munich, Berlin, Frankfurt and so on. They expanded the range to include women's shoes. The brand identity became more mature, the products more expensive. Dress shoes then from 279 euros.

Then a supposedly great opportunity arose for the small company: In 2016, Shoepassion took over the more than 100-year-old shoe manufacturer Heinrich Dinkelacker, a traditional, medium-sized company in Bietigheim-Bissingen. And suddenly there was a crack at every nook and corner.

Björn Henning explains here why and how they got out of this valley in their company's history in order to head straight into the next one and how they finally got Shoepassion back on track and were in the black in 2021.

He himself came to Shoepassion as COO in 2014 - conveniently with a few years of experience in management consulting, also in the area of ​​restructuring. He has been CEO of the start-up since 2019.

"Of course it was clear to us that the merger of Shoepassion and Dinkelacker would mix two worlds together: the young, dynamic, somewhat chaotic start-up on the one hand and the traditional, mature company on the other, where that The average age of the employees was around 50 years. We had expected that there would be friction points, but in fact there was construction everywhere pretty quickly.

First, there was sales. Dinkelacker was a classic wholesale brand, we were a business-to-consumer start-up. Dinkelacker focused on production and product development, while we focused on marketing

However, the Dinkelacker sales manager left the company before the merger, and when we built an online shop for Dinkelacker and integrated the products into our stationary stores, wholesale sales fell much more sharply than we would have thought.

And then the production. Dinkelacker's manufactory was in Hungary, where fewer and fewer skilled workers were being trained and the personnel situation was therefore becoming increasingly difficult. The shoemakers who were still there retired one after the other and production there became unstable.

Also complicated: organization and administration. It was a huge challenge to bring the IT systems together. Our merchandise management system did not support Heinrich Dinkelacker's wholesale business, so we had to work with two systems in parallel for a long time.

And our new shareholders and their investments: the former Porsche board member Wendelin Wiedeking and the former IBM top manager Norbert Lehmann were shareholders at Heinrich Dinkelacker and subsequently became Shoepassion shareholders.

We saw that as a huge opportunity, as an accolade. And the new shareholders believed in us and gave us an investment for various growth topics: more stores, new collections, internationalization. We wanted to grow even more and also go to the USA.

In addition to the integration tasks after the merger with Heinrich Dinkelacker, we were faced with so many issues at the same time that we were overwhelmed to a certain extent. To top it all off, a new fashion trend then emerged: while ten years ago people in the bank or as consultants only wore classic business shoes, sneakers gradually became socially acceptable there.

At our worst, we had a burn rate of about $10,000 a day. Or 26 cents on every euro. The clock ran at a speed that made one dizzy. In between, we had real doubts for a brief moment as to whether it would work.

But we really wanted to get Shoepassion back on track. We didn't want to give up. We didn't want to disappoint the shareholders, the team or ourselves. So we said: Okay, it doesn't help. We need to get this sorted out now. We have to make a plan how to do that.

The second priority was then to reduce our costs as quickly as possible. We had to significantly downsize our team, there was no other way.

I had gained experience with restructuring processes during my time in management consulting, but it is something completely different when you look at it as an external person at groups and large companies. Having to carry out such steps yourself in your own company and having to talk to people yourself is completely different.

It all took a while, a year and a half, two years. And when we thought we were out of the worst, Corona came. All our stores closed, unsettled customers. The pandemic has also acted as a catalyst in changing fashion. Nobody wears leather shoes in the home office.

So we had to ask ourselves: If people don't buy business shoes anymore, what can we offer? We have expanded the product development area and, among other things, created our own sneaker and leisure collections, significantly increased our range of women's shoes and further expanded the sustainability aspect - for example with vegan leather or shoes made of leather with organic quality. To do this, we had to convince the shareholders in 2020 that it is now worth going to the next round.

It was all really crazy. And we have also regretted a few steps in the meantime. But in the long term, the merger with Dinkelacker has upgraded us and made us more mature. And getting through all these crises anyway.”

‹ ›
Keywords:
GründerszeneStartupsSchuheHerrenschuhe
Your comment has been forwarded to the administrator for approval.×
Warning! Will constitute a criminal offense, illegal, threatening, offensive, insulting and swearing, derogatory, defamatory, vulgar, pornographic, indecent, personality rights, damaging or similar nature in the nature of all kinds of financial content, legal, criminal and administrative responsibility for the content of the sender member / members are belong.
Related News