After the demonstrations, Beijing seems to want to lighten the "zero Covid" 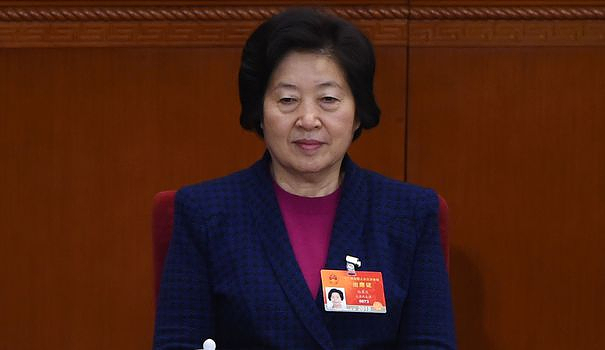 On Tuesday, Beijing had already decided to accelerate the vaccination of the elderly, which is still insufficient.

A central figure in China's strategy in the face of the pandemic, Ms Sun made no mention of the "zero Covid" policy in her remarks - according to remarks reported by the state agency New China -, raising hopes that this strategy , which for three years has upset the daily life of the Chinese and the country's economy, would soon be relaxed.

Exasperated by repeated confinements and almost daily PCR tests, thousands of Chinese demonstrated last weekend, in Beijing, Shanghai, Guangzhou or Wuhan – where the first cases had been detected in December 2019.

For the communist authorities, this is the most widespread wave of protest since the pro-democracy mobilizations of Tiananmen in 1989.

Taken by surprise, they called for "repression" to contain this movement, but also seem to be giving a pledge on the health policy front.

Thus, in the industrial megalopolis of Canton (south), where Tuesday clashes had opposed demonstrators and the police, the confinement in place for several weeks was lifted, despite the record contamination figures.

Because, if the figures are indeed among the highest since the start of the pandemic, they remain tiny: 35,800 local cases reported on Thursday, out of a population of 1.4 billion inhabitants and with a vast majority of asymptomatic cases.

Restrictions have been eased, to varying degrees, in the 11 districts of Guangzhou, including Haizhu, epicenter of the mobilizations.

With the exception of a few neighborhoods considered "high risk", according to the Local Health Commission, "the others are managed as low risk areas".

The city of Chongqing (center) also announced on Wednesday that contact cases meeting certain conditions would be entitled to carry out their quarantine at home, a clear change from the policy applied until then which imposed on all - positive cases and contacts - to go to a quarantine centre.

These local reliefs, along with Ms. Sun's statements, "could be a sign that China is beginning to consider ending its strict zero Covid policy," analysts at ANZ Research said in a note.

“We believe that the Chinese authorities are moving to a strategy of living with Covid, as shown by the new rules which allow people to isolate themselves at home instead of being transported to quarantine centres”, they add.

Thursday morning, two major Chinese newspapers published expert remarks to reassure the non-dangerousness of Covid in the majority of cases, after similar publications in recent days which seem to prepare the population for a change of mentality.

As we approach the third anniversary of the first cases detected in Wuhan, it is clear that the inhabitants are tired.

A deadly fire in Urumqi, the capital of the northwest Xinjiang region, sparked protests over the weekend, with some netizens blaming health restrictions for hampering rescue work.

But the demonstrators also chanted political demands, some even demanding the departure of President Xi Jinping, renewed last month for an unprecedented third term.

Authorities' tight control over information and health restrictions on travel within China make it difficult to assess the total number of protesters in the country.

But such a widespread uprising is rare, given the crackdown on any form of frontal opposition to the government.

The mobilizations of 1989 ended in bloody repression when the army intervened, notably on the famous Tiananmen Square in Beijing.

On Wednesday, when the death of former President Jiang Zemin, who came to power just after Tiananmen, was announced, the Communist Party rightly underlined its ability to restore calm during this uprising.