After the attack and the Covid, the Strasbourg Christmas market wants to share "the magic" 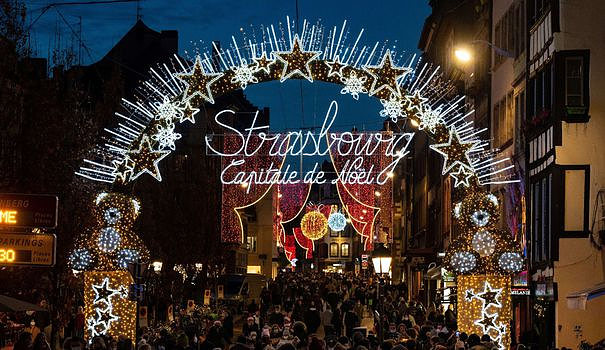 Until December 24, 2.5 million visitors are expected to stroll through the alleys and squares of the Alsatian capital.

"More than 1,000 people" will be mobilized to ensure the security of "Capitale de Noël", the official name of the event, announced the prefecture.

"It is a major concern for us that security is at the heart of the festivities", insisted in particular Josiane Chevalier, the prefect of Bas-Rhin, four years after the Islamist attack which killed five people in the city center.

Six units of mobile forces will be deployed in particular, as well as a team trained "in mass killings", the authorities revealed.

On the health side, the constraints are considerably lightened compared to last year, even if the prefecture still recommends wearing a mask. The systematic control of the health pass in certain spaces has been abandoned.

According to hoteliers and restaurateurs, quoted by the local press and elected officials, this edition could well be that of the recovery, with reservations at their highest, while 2021 had recorded a 25% drop in attendance compared to 2019.

- In search of authenticity -

The SNCF has thus added 40,000 additional TGV tickets to Strasbourg during the Christmas market period, an increase of 15% compared to last year.

The organizers estimate the economic benefits at 250 million euros for the territory.

About 300 chalets will allow young and old to marvel at the magic of Christmas or to eat.

For this second edition led by the ecological municipality (after a cancellation in 2020 due to the pandemic), the team of mayor Jeanne Barseghian, who claims a quest for authenticity, ignited opposition after the leak of a list of products prohibited or sold "subject to conditions".

Among the banished or on bail from this inventory à la Prévert, let us mention the tartiflette, the umbrellas, or the crosses of Jesus Christ.

After an inquiry from the mayor of Reims, Champagne finally had the right of citizenship in the chalets. The organization also finally explained that these new standards would only really apply from the 2023 edition.

In its desire to bring the event up to date, the municipality has also set up a citizen jury made up of 50 Strasbourg residents from all walks of life, in order to make the Christmas market "more united" and "more responsible".

Its recommendations could also be applied there during the next edition.

The deputy in charge of the festivities, Guillaume Libsig claims that the city is not "an open-air supermarket (...) with objects sold elsewhere the rest of the year".

The inauguration will take place at 7:00 p.m. on Friday on the unmissable Place Kléber, at the foot of a large Christmas tree some thirty meters high.

This symbol of the festivities will be completely extinguished this year between 1:00 a.m. and 5:00 a.m., announced the town hall, in the name of energy sobriety.

More generally, the city foresees a 10% drop in market energy consumption compared to previous years as well as a 20% reduction in the number of “bright spots”.

The new law prohibiting outdoor heating will also force peddlers to cover themselves well, since it will no longer be possible for them to heat their chalets, whose outdoor lighting must also be turned off at 8:00 p.m., when the Christmas market.

Finally, Place Grimmeissen, the Off market launched in 2016, will once again welcome visitors looking for second-hand goods and will honor players in the social and solidarity economy in a decor of shipping containers.