After its about-face, the Truss government defends its economic strategy

"What a day!", Dropped the Chancellor of the Exchequer Kwasi Kwarteng arriving at the podium of the annual Conservative Party congress in Birmingham (central England), "it was hard". 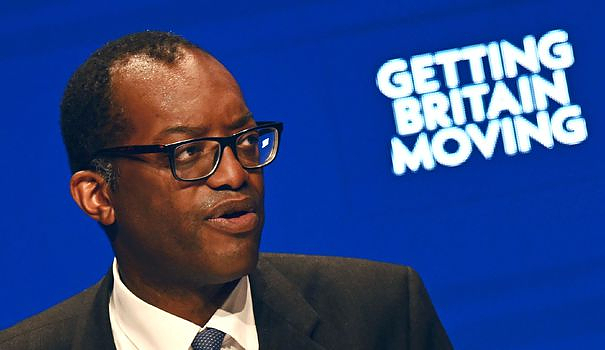 "What a day!", Dropped the Chancellor of the Exchequer Kwasi Kwarteng arriving at the podium of the annual Conservative Party congress in Birmingham (central England), "it was hard".

Ten days after the announcement of the abolition of the 45% tax bracket for the wealthiest taxpayers, the British Minister of Finance announced early Monday morning that he was abandoning this measure which threatened the government of a rebellion in its ranks during the vote on the text in Parliament.

Liz Truss, who succeeded Boris Johnson as head of government less than a month ago, had however formally ruled out this decline 24 hours earlier.

"I know that the plan we have presented (...) has created some turbulence", launched Mr. Kwarteng, but without specifically mentioning the abandoned measure, causing laughter in the room. "I understand", "we are listening and we have listened", he insisted, hoping to turn a calamitous page for the brand new government.

"I now want to focus on the major parts of our plan for growth", he assured, in a clear desire to save the package of measures he had presented on September 23 by redacting his most important measure. controversial.

Defended by Prime Minister Liz Truss, who nevertheless acknowledged that the government should have “prepared the ground better”, this plan had caused the pound to fall to its lowest point in history – it rose again on Monday – and troubled the markets financial.

The Bank of England had to intervene urgently last week to stabilize rates, which had jumped to their highest since the 2009 crisis, threatening the country's financial stability. These rates remained higher on Monday than before the September 23 announcement.

Citing skyrocketing energy bills as a result of Russia's invasion of Ukraine, fiscal pressure at its highest 'for 70 years', UK finance minister insists on government plan to focus 'relentlessly' on economic growth.

"We will show that this plan is healthy, credible and will increase growth," he insisted, also highlighting "budgetary responsibility", DNA according to him of the conservatives.

For Sarah Smith, a 47-year-old local elected official from the south of England, interviewed on the spot by AFP, the reversal of the executive thus testifies to a "certain pragmatism". She judges that it would have been "more damaging" for the government to persist.

A 24-year-old member of the Conservative Party, Nick Warren, believes that "the damage has been done". "It's good that she (Liz Truss) listened to the country and what the people want", but this measure was "not the right one".

On the BBC on Monday morning, Kwasi Kwarteng ruled out quitting and refused to acknowledge a mistake. This tax cut for the rich "was a huge distraction" which overshadowed "a solid set of measures", he repeated.

On the BBC on Sunday, Liz Truss attributed the fatherhood of this measure to her sole finance minister, prompting astonished reactions.

"One of Boris Johnson's flaws was that he could sometimes be too loyal and he understood that," ex-culture minister Nadine Dorries tweeted, unwaveringly loyal to the former prime minister. . "However, there is a balance to be found and throwing your chancellor under a bus on the first day of the congress is not one," she observed on Sunday.

Aiming to deal with the cost of living crisis, this "mini-budget" which provides for the freezing of energy bills and massive tax cuts, was necessary, according to Kwasi Kwarteng: "We had no choice , doing nothing was not an option".

But two years from the next general election, Liz Truss sees the accumulation of disastrous polls: a recent YouGov study gives 33 points in advance to the Labor opposition and according to another, one in two Britons (51%) wants she resigns. She must speak on Wednesday at the end of the congress.