Post a Comment Print Share on Facebook
Famagusta
DOLLAR 18,65
EURO 19,68
GOLD 1.072,71
BIST 4.918,75
Four reasons why we need this robber
What these introductory sentences really mean
Federal states agree on rules for more control at ARD and ZDF
"When the unspeakable comes to light, it's political"
That devil is damn lucky
"The sentence 'I am as I am' is a license to ignorance...
The story of a double alienation
"There is more than one gender and fewer than two"
Maximum far away from Hollywood
Meta threatens to remove all messages from Facebook

After Floyd's killing, few want to be cops in Minneapolis

On the Minneapolis Police Academy campus, a small group of people sit and listen to a handful of speakers. 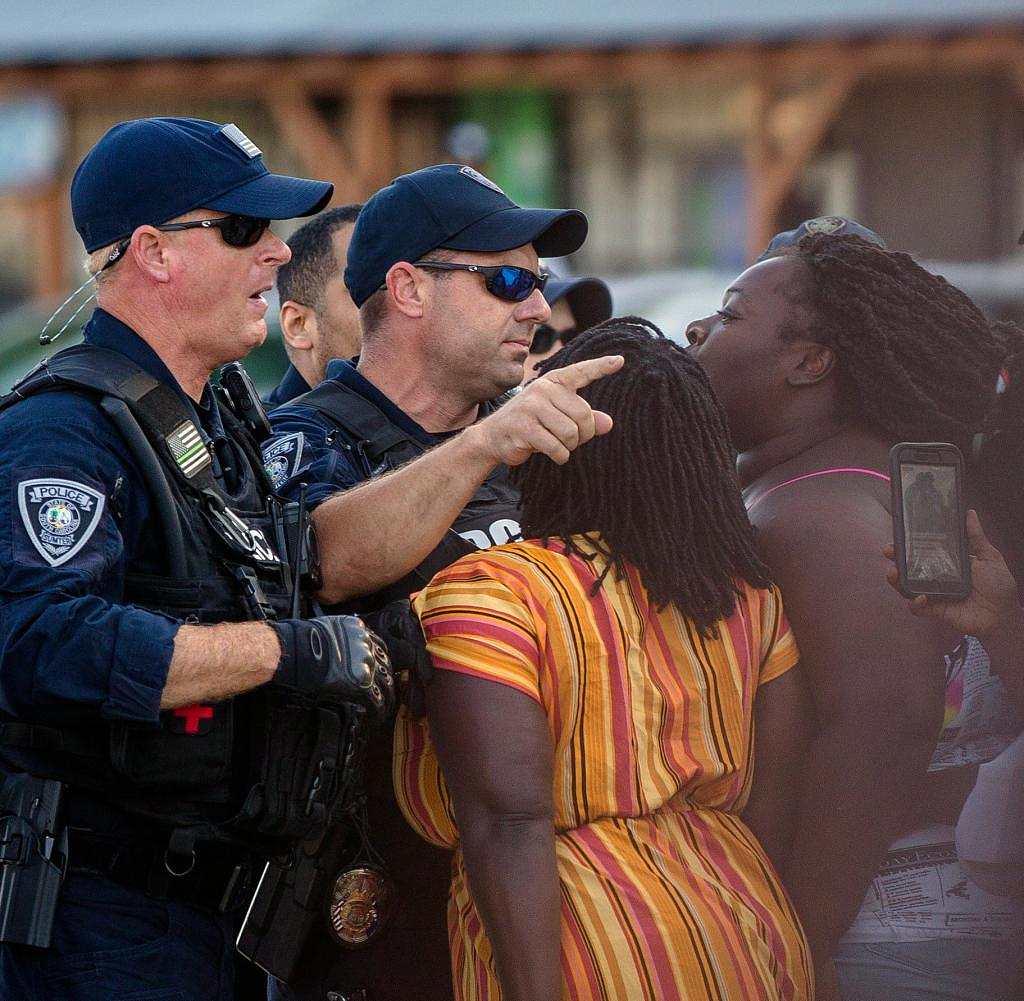 On the Minneapolis Police Academy campus, a small group of people sit and listen to a handful of speakers. They're trying to lure her into the city cop job — to join a police department that to many is synonymous with the killing of black man George Floyd about two and a half years ago.

The city in the US state of Minnesota urgently needs law enforcement officers, because after the Floyd incident and its many consequences, there was an exodus of police officers who cited post-traumatic stress as the reason. The department lost a third of its staff. But recruiting new staff is difficult.

Floyd was killed during his arrest by police on May 25, 2020. An officer knelt for more than nine minutes on the neck of the 46-year-old who was lying on the ground, and then he couldn't breathe. Three other police officers looked on without doing anything. All four officers were later sentenced to prison, with the main suspect receiving decades of imprisonment. Floyd's death triggered large-scale demonstrations against police violence in Minneapolis and other US cities, and there were riots in some cases. There were even demonstrations abroad.

Becoming a Minneapolis police officer means living in a busy, vibrant metropolis with a high quality of life, police and city officials told prospective recruits at the late summer meeting at the academy. And working in a large police department offers diverse career opportunities with extensive social benefits.

But those who commit must also understand that it is a dangerous job and that they are expected to protect the sanctity of human life - even if that means keeping a fellow police officer in check. And everything they do must serve the goal of restoring trust that was destroyed by the killing of Floyd and other black people.

But there are also people "who continue to value us," assured police officer Vanessa Anderson in her presentation. "I really believe that."

In Minneapolis, like in many other US cities, crime has increased during the corona pandemic. Homicides almost doubled from 2019 to 2021, and the number of serious injuries increased by a third. There are times when there's a real sense of lawlessness in the city, some residents say. For example, on July 4th, police appeared unable to stop rioters who were setting off firecrackers at people, buildings and cars. That night, the police received more than 1,300 emergency calls.

"Our city needs more police officers," Minneapolis Mayor Jacob Frey said in August, unveiling a plan to increase police budgets with a goal of increasing the number of police officers to more than 800 by 2025.

One of the six people who attended the police academy lectures was 36-year-old Cyrus Collins. He has an anti-cop tattoo on his face, but it's aimed only at the "bad guys" among the cops, like those who killed Floyd and Breonna Taylor -- a black woman who was shot by cops in Kentucky, he said the AP news agency. The Minneapolis Police Department says it has no rules about tattoos.

Collins, who works as a pizza maker and parcel deliverer, said he didn't want black people to be anti-police. "What other career would be better suited to sending that message than being a Minneapolis police officer?"

William Howard also attended the meeting. The 29-year-old black man who installs office furniture and creates stories for video games has only been living in Minneapolis for a few months. He says he's learned meditation and thinks it could be helpful when defusing a sticky situation. "I think I can bring more heart to the police force. Heart has nothing to do with power and control, it's about courage to protect people and serve people," said Howard, who was not sure that he was actually applying that day at the academy.

Police spokesman Garrett Parten said the city knows how challenging it is to find new workers. Each class in the academy can hold up to 40 recruits, but only six were in the one that graduated in September. In 2022 only 57 applied, compared to 292 in 2019.

"You can yell 'hire more people!' as loud as you want, but if only a few apply, that doesn't change the result much," says Parten. "Recruitment has become a problem across the country."

Statistics back it up. The Police Executive Research Forum surveyed 184 police departments in the US and Canada and found that from 2019 to the end of 2021, employee resignations increased 43 percent and retirements increased 24 percent. Given these outages, there was a four percent decline in overall hiring.

Howard, the young black boy, eventually decided to apply but didn't qualify. Collins, the pizza maker and parcel deliverer, missed a necessary oral exam because of another commitment and wants to apply again later.

‹ ›
Keywords:
NewsteamFloydGeorgeMinneapolisGeorge FloydBlack Lives MatterPolizeiPolizeiabteilungKrimi
Your comment has been forwarded to the administrator for approval.×
Warning! Will constitute a criminal offense, illegal, threatening, offensive, insulting and swearing, derogatory, defamatory, vulgar, pornographic, indecent, personality rights, damaging or similar nature in the nature of all kinds of financial content, legal, criminal and administrative responsibility for the content of the sender member / members are belong.
Related News