After being trapped in the Cazorla snow, a family of two children was saved by rescuers

Two minors and their family were trapped in snow while driving through the Cazorla Segura, Las Villas Natural Park. 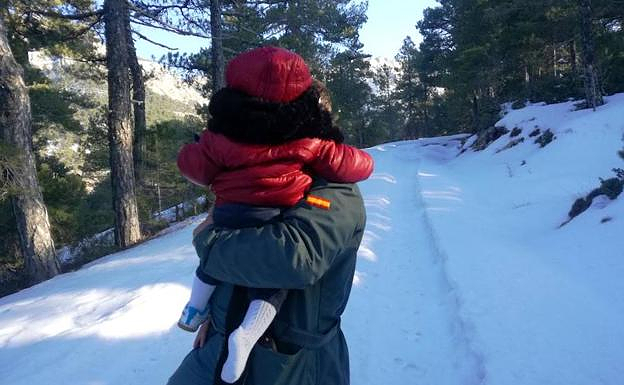 Two minors and their family were trapped in snow while driving through the Cazorla Segura, Las Villas Natural Park. The Civil Guard was able to rescue them. Although the event occurred on February 24, it wasn't reported until Wednesday.

At 3:15 PM, a Civil Guard Patrol from the Nature Protection Service received an alert from the Civil Guard Service Center 062. It reported that a vehicle with a family of four, including two children, was trapped in the snow on the forest track to Pico Cabanas and Segura.

The patrol of Seprona moved from Cazorla towards the Guadalquivir River. They continued onwards accompanied by a team of Environment Agents, who were sent to assist in the rescue. They continued on their way along the JF7092 forest track to reach kilometer 20, where vehicles couldn't circulate due to the dense frozen snow.

They marched three kilometers on foot until they found the vehicle, which was about 40 cm thick. The vehicle contained a woman and her two children aged 1 and 3. Her husband tried to find help by foot as there was no mobile coverage.

Agents transferred the mother and her two children to their cars. The latter was unable to walk due to the fact that the oldest child was recovering from surgery. The Civil Guards retraced their steps to the vehicle and found the father. They accompanied the rest of the family.

‹ ›
Keywords:
AuxilianFamiliaAtrapadaVehiculoNieveCazorla
Your comment has been forwarded to the administrator for approval.×
Warning! Will constitute a criminal offense, illegal, threatening, offensive, insulting and swearing, derogatory, defamatory, vulgar, pornographic, indecent, personality rights, damaging or similar nature in the nature of all kinds of financial content, legal, criminal and administrative responsibility for the content of the sender member / members are belong.
Related News