After being fully developed, the Toril execution unit has been paralysed.

There were many points of interest at the last municipal plenary session. 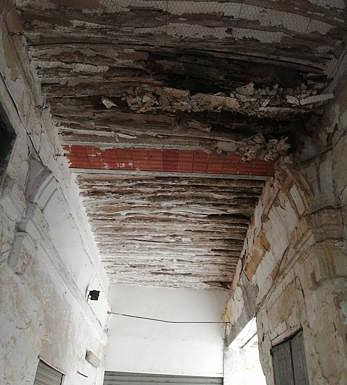 There were many points of interest at the last municipal plenary session. Among them was the mention to an urban agreement where the Toril space was the protagonist. The PP is currently the council's head and described the rejection by the PSOE of the 2007 resolution between the City Council (today AVRA), and the Junta de Andalucia via the former EPSA (today AVRA), as a "true statement of intent" to the urban development unit El Toril.

Mercedes Flores, Town Planning Councilor, stated that the agreement was "broken from start to finish" and that there was a 23,000 euro debt that had been pending since 2010. We have now had to take that debt, which shows that the PSOE government teams are not willing to help develop this area. He also said that the agreement set a deadline for 2009 to submit the works and that the EPSA and City Council never met to coordinate the work.

They pointed out that they had met with AVRA last summer and reached an agreement on how to resolve the issue. This was necessary for the City Council to regain its competence in the development and maintenance of an urban area that is prone to serious health and deterioration, and where the Franciscan cloisters of Consolation are located.

Custodio Vallverde, the socialist councilor, took the podium to answer questions about the project. He clarified that the information sessions were also triggered by these questions. Valverde criticised the fact that they came to an agreement to eliminate the management of previous socialist governments and appealed for ideas and proposals from the current government team. He lamented that they don't know what to do and voted against the project.

Mercedes Flores, referring to the PSOE's vote in opposition, stated that "we were fully conscious that the PSOE could reject resolution of the agreement because two members of government team were missing at this point, and thus prolong the agony El Toril. We could have withdrawn the item, but we wanted it to see how much responsible opposition we had".

Flores recalled in this context that El Toril's recovery and development is focused on the PGOU, PEPRI, which has been a star election promise of the PSOE since more than a decade. The PSOE government team also included this action three time in the European DUSI strategy in the last legislative session with support from the PP. "So the kamikace attitude by the socialists isn't understood in that same plenary session when their spokesman asked for our acceptance of the opposition'

"Pretending that it would harm the government," the PSOE has only managed harm to the historic center by prolonging the blockade with socialist stamp that lasts thirteen year," stated Mercedes Flores. She announced that the resolution will be reintroduced to plenary to be approved.

The PSOE released a press release a few days after the plenary session in which they appealed for the government's "lackof a project".The Socialists regret the fact that the Popular Party of Alcala did not respond to the call for the 1.5% Cultural Program of the Government of Spain. This was published in the BOE of 16 January this year. It would have allowed them to continue restoration of the wall and, even, the work on El Toril, the Franciscan Cloister, could have been read in the statement.

Using the words the PP loves so much, we can say that Alcala's popular people have stolen more that a million euros from their municipality by refusing to vote. The socialists would like to highlight that the PP lies again about the negative vote and breaking the agreement with AVRA. issued.

"We socialists have spent many years betting on the heritage and character of the municipality. El Toril was a constant concern during past legislatures. They took important steps such as the Domus Herculana, Facundo recovery or incorporation of a cloister into the EDUSI. Unfortunately, this was not granted. Our efforts have been extensive in restoring heritage, streets and squares throughout the historic city, as well the surrounding villages. All the Urban Initiatives and actions were done under our supervision. Barrio de las Cruces San Marcos is a building that protects birth, Ball Game and many other things.

"The PP took to plenary the decision to terminate an agreement between the City Council, AVRA, a Junta de Andalucia public land company, and without any solid arguments or, more importantly, without any alternative or other proposal for the development of the sector. We reiterate: The Popular Party wants to end an agreement without offering any alternative or proposal for development of the sector. They don't have a strategy, projects or a plan for the municipality, and they still don't understand the responsibilities of managing a municipality such as ours."

‹ ›
Keywords:
DesarrolloUnidadEjecucionTorilQuedaParalizadaTrasLlevadaPleno
Your comment has been forwarded to the administrator for approval.×
Warning! Will constitute a criminal offense, illegal, threatening, offensive, insulting and swearing, derogatory, defamatory, vulgar, pornographic, indecent, personality rights, damaging or similar nature in the nature of all kinds of financial content, legal, criminal and administrative responsibility for the content of the sender member / members are belong.
Related News