After being found with 100 kilos hashish in his car on the A7, he was arrested in Turre

A person was recently arrested by the Almeria Civil Guard Command as the perpetrator a crime against the public health for transporting more 100 kg of hashish inside a vehicle that he was driving along the A7 motorway through Turre (Almeria). 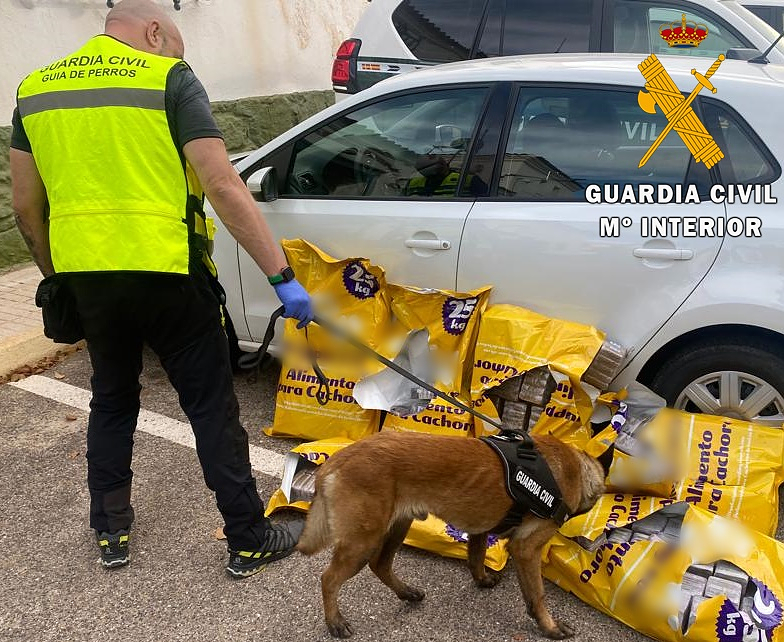 A person was recently arrested by the Almeria Civil Guard Command as the perpetrator a crime against the public health for transporting more 100 kg of hashish inside a vehicle that he was driving along the A7 motorway through Turre (Almeria).

This action is covered by the Telos Plan (Comprehensive Operational Plan Against Hashish Trafficking). It also reflects the ongoing work of the Civil Guard of Almeria in fighting the trafficking of narcotics in the province.

The Civil Guard provides a preventive control in terms of citizen security. This is a vital and routine tool that it uses in its performance of its functions. It primarily prevents and detects crimes like drug and arms trafficking and controls those who are aware of a search or location order, presentation to authorities, arrest, or any other reason.

Civil Guard personnel have the expertise and experience to visual identify those vehicles and people who might enter the registration area during control.

This will require the author to show his vehicle's interior, where he transports six bags of food/feed for dogs.

A dog (Dino), a specialist in drug detection, is needed to intervene. This is done by the Civil Guard of Almeria. It marks the presence of drugs in the bags immediately and opens the bag to inspect the interior. The dogs locate more than 100 kilograms of hashish.

The Civil Guard of Almeria made an arrest for a person who was accused of a crime against the public health. He had been driving more than 100kg of hashish in his vehicle along the A7 motorway, passing through Turre (Almeria).

The Investigating Court in Vera (Almeria) has the proceedings and the narcotic substances.

‹ ›
Keywords:
DetenidoTurreTrasDetectadoKilosHachisVehiculo
Your comment has been forwarded to the administrator for approval.×
Warning! Will constitute a criminal offense, illegal, threatening, offensive, insulting and swearing, derogatory, defamatory, vulgar, pornographic, indecent, personality rights, damaging or similar nature in the nature of all kinds of financial content, legal, criminal and administrative responsibility for the content of the sender member / members are belong.
Related News