After attacks by climate activists - NRW museums on alert

The attacks by climate activists on famous works of art have put the museums in North Rhine-Westphalia on alert. 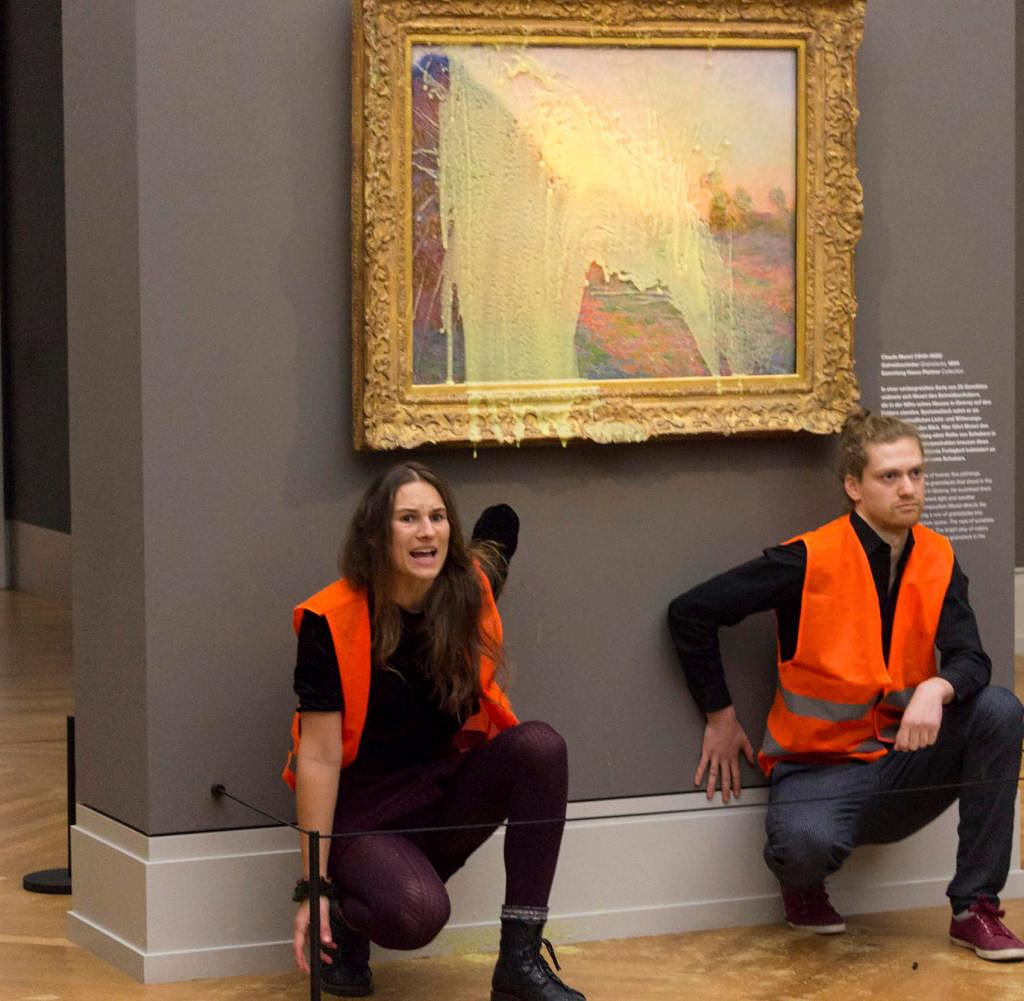 The attacks by climate activists on famous works of art have put the museums in North Rhine-Westphalia on alert. "We exchanged views with other museums and affected colleagues and developed an emergency plan," said a spokeswoman for the NRW art collections in Düsseldorf when asked by dpa.

The plan envisages stronger controls at admission, more supervisory staff and an increased presence of the restoration department. There is also a schedule in the event of acute damage to a work.

The art museums see themselves wrongly in the sights of the activists: "We take the issue of sustainability very seriously and have been working for several years to significantly reduce our CO2 emissions," said the spokeswoman. "We respect the commitment of activists, but we find the linking of climate activism and damaging cultural assets the wrong way."

A spokesman for the Lehmbruck Museum in Duisburg lamented the "destructive anger" of the "so-called activists". "While the fundamental concern of the environmental movement is of course urgent and understandable, that does not justify the means and criminal energy with which they turn against works of art."

"We were already aware of such scenarios before the attacks in other museums, which are currently increasing," said Peter Gorschlueter, director of the Folkwang Museum, when asked by the dpa. However, there will be no public comment on the safety precautions and deployment plans that have already been taken. "As a museum, we feel obliged to preserve, care for and secure the objects entrusted to us."

The museums of the city of Cologne have also been warned by the attacks and will react with particular attention, as a spokeswoman said there. The existing security concepts are at a high level. However, no information was given in Cologne either.

"In view of the current incident, we will increase awareness again and, in particular, apply stricter standards when it comes to taking bags and objects into the exhibition rooms," reported Roland Mönig, director of the Von der Heydt Museum in Wuppertal. The museum will not disclose any details of its emergency plan.

The commitment to combating climate change is "right and makes sense," said Mönig. "But the end does not justify the means." Art, for its part, is a valuable and often endangered commodity. "She is a resource in her own right and should be treated with respect and protected - not vandalized."

The insurance policies for the artworks also cover such cases of vandalism, but: "Regardless of the conditions of the insurer, such an event inevitably entails a loss of trust among current or potential lenders and project partners. This can have a major impact on museum work in the long term,” warned Mönig.

Climate activists such as the group "Last Generation" had recently carried out attacks on famous works of art in Potsdam, Dresden, Berlin and London. The works of art themselves remained undamaged.

‹ ›
Keywords:
KlimaschutzNordrheinWestfalenAktivistenKulturKunstmuseenAufstand Der Letzten Generation (Aktivisten)TexttospeechNRWDüsseldorfPotsdamFolkwang MuseumDresdenLondonKölnClaude MonetKrimiKunst
Your comment has been forwarded to the administrator for approval.×
Warning! Will constitute a criminal offense, illegal, threatening, offensive, insulting and swearing, derogatory, defamatory, vulgar, pornographic, indecent, personality rights, damaging or similar nature in the nature of all kinds of financial content, legal, criminal and administrative responsibility for the content of the sender member / members are belong.
Related News