After an accident at El Ejido's environmental plant, a worker is killed.

According to Emergencies 112 Andalucia (a service associated to the Ministry of the Presidency and Board within), a 53-year old man died today in an occupational accident at El Ejido's environmental plant. 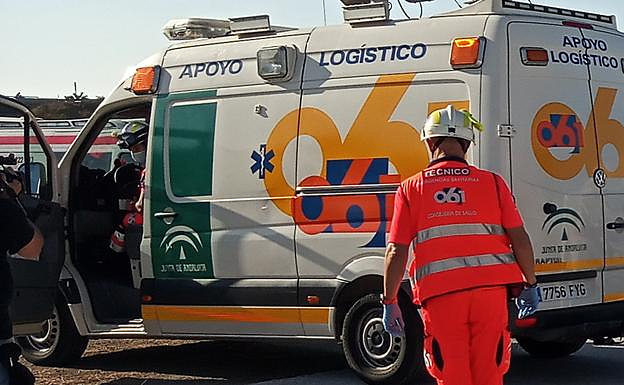 According to Emergencies 112 Andalucia (a service associated to the Ministry of the Presidency and Board within), a 53-year old man died today in an occupational accident at El Ejido's environmental plant.

At 00:45, an alert called the 112 emergency telephone number to request an ambulance be sent to the environmental plant in support of a worker who was injured by a machine. It took place in the Paraje Chozas de Redondo, El Ejido.

The coordinating room immediately mobilized the Civil Guard and the National Police Corps, the Center for Health Emergencies 061 (CES 061), and the Firefighters of the Poniente Consortium.

Sources at the armed institute confirmed that a 53-year old man died on the spot of the incident after he was injured by a machine.

‹ ›
Keywords:
MuereTrabajadorSufrirAccidentePlantaMedioambientalEjido
Your comment has been forwarded to the administrator for approval.×
Warning! Will constitute a criminal offense, illegal, threatening, offensive, insulting and swearing, derogatory, defamatory, vulgar, pornographic, indecent, personality rights, damaging or similar nature in the nature of all kinds of financial content, legal, criminal and administrative responsibility for the content of the sender member / members are belong.
Related News