After a comparison by Maischberger, Söder is briefly speechless

After the summer break, the Bundestag is arguing about rising energy prices and further planned relief for the federal government. 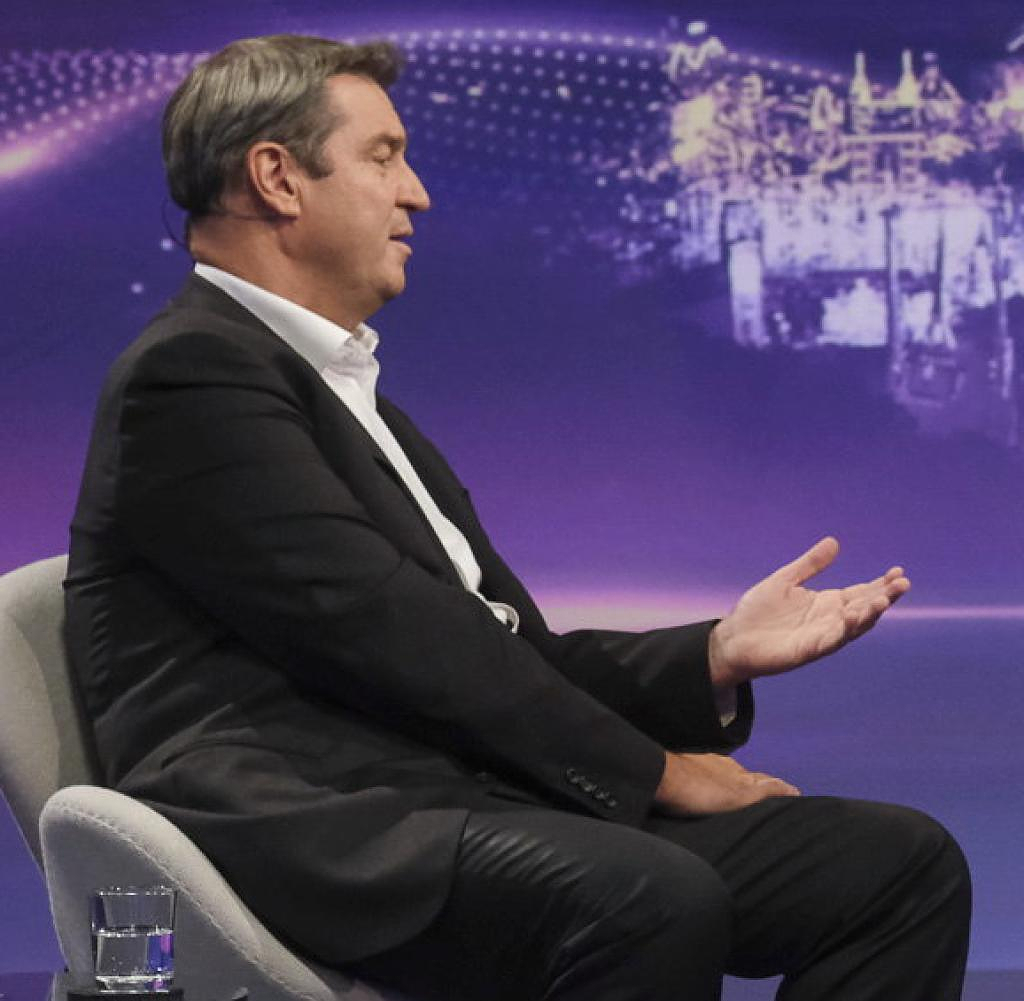 After the summer break, the Bundestag is arguing about rising energy prices and further planned relief for the federal government. In a conversation between Sandra Maischberger and Bavaria's Prime Minister Markus Söder (CSU), her ARD talk show was about the CSU's joint responsibility for the current energy crisis, possible alternatives to current government policy and Corona. Söder was aggressive towards the presenter and even often interrupted her. Once, however, the politician remained speechless at first.

The day before, moderator Maischberger had already discussed the energy crisis with Economics Minister Robert Habeck and put him through the wringer.

The journalist Mariam Lau, political correspondent for "Zeit", the Ukraine correspondent for ARD, Vassili Golod, and moderator, television producer and author Hubertus Meyer-Burckhardt also discussed the energy crisis and the Ukraine-Russia war in the studio on Wednesday evening.

Maischberger spoke to astronaut Matthias Maurer about his past space mission. Maurer found impressive words about the war in Ukraine.

Markus Söder spoke out in favor of extending the Isar 2 nuclear power plant in Bavaria. The other two nuclear power plants, Emsland (North Rhine-Westphalia) and Neckarwestheim 2 (Baden-Württemberg), should also run until 2024 in order to ensure sufficient electricity, he demands. At the same time, the Prime Minister admitted: "It shouldn't go on forever and we have to find other forms of energy. But if we find that we are not getting gas from Putin, then we cannot risk shutting off electricity for millions of households." That is why Economics Minister Robert Habeck's decision not to extend the running times is "wrong, incomprehensible and not in practice actionable".

When asked about security concerns about extending the nuclear power plants, Söder sees an either-or situation: "Of course there is a security issue, but this consideration must be made now, before the network collapses, there are blackouts and cold apartments for the citizens."

When it comes to renewable energies, Bavaria is in second place after Lower Saxony, said the Prime Minister from the south, countering his Union party colleague and colleague from Schleswig-Holstein, Daniel Günther (CDU), who had recently criticized him in BILD that the north was more independent of the Russian Gas is because he started expanding renewables early on.

Bavaria is strong in photovoltaics, bioenergy and hydropower, said Söder. "We're further behind on the wind. That could be due to the fact that the wind blows better on the coast and the sun may shine more here Renewable energies replace nuclear power.”

Maischberger wanted to know from him how much joint responsibility the CSU bears for the current energy situation. Söder argued that the Greens in particular were against the expansion of underground cabling in Bavaria. The Prime Minister repeatedly did not respond to a specific question from the moderator. She criticized his reasoning with a comparison: "When my son comes home and says he has a five, but so do the others." The Prime Minister fell silent for a moment, then said hesitantly, "Well. Great comparison.” And countered with a counter-question: “But was it faster elsewhere?”

Söder also criticized that the causes were only looked for in the past. "At the moment the hut is burning in Germany. The current question is how do we deal with it,” said the 55-year-old.

"What would you do immediately as chancellor?" asked the presenter. He couldn't imagine becoming chancellor, said Söder. However, he would actually do a few things differently under this thought experiment: He would extend nuclear power, plan the hydrogen networks in the south, and also reduce taxes (“tank discount had an effect”, “reduce electricity tax”). In addition, there is a need for a rescue package for medium-sized companies. With the decision to brake electricity prices, he is also very skeptical as to whether this can be implemented at all.

When it comes to Corona, Söder sees himself as “appropriate in the team”. A few days ago he announced that he would take part in the Oktoberfest, which starts next week, without a mask. Even at the big Gäubodenfest Straubing, the second largest folk festival, there were infections, but no significant increase in corona patients in hospitals. Söder: "I have no major concerns now."

Virologist Oliver Keppler from the Ludwig-Maximilians-Universität warned in August that the world's largest folk festival in Munich could lead to millions of new infections within two weeks and to "superspreading". Söder does not believe that this will happen. “We are in a different phase of the pandemic. In a phase of personal responsibility. Closing off and prohibiting has now come to an end," said the Prime Minister.

Maischberger spoke to the journalists about the Russian-Ukrainian war. Miriam Lau does not see any fundamentally different interests between the German and Ukrainian populations. “We are also among those attacked. Putin is waging an economic war against us,” she said. "We are not only on the side of Ukraine out of altruism and selflessness, but because it corresponds to our inherent interests." Arms deliveries are important, Germany hesitates too much. The journalist suspected that Germany would only follow suit when the United States began supplying more.

Vassili Golod also described the arms deliveries as "totally essential". However, people in Ukraine also understand that interests and Germany's dependence on Russian gas make the situation difficult. Nevertheless, one has to see: “Germany has given Ukraine many billions in aid. However, Germany has also transferred many billions to Russia for gas and oil since the beginning of the invasion.” In relation, the billions to Russia are significantly more.

Astronaut Matthias Maurer was in space for a mission on the ISS until May 2022. At Maischberger he gave an insight into the training and work as an astronaut. He also found impressive words about the war in Ukraine. "From up there we don't see any national borders, we see nature and where people interfere with nature, such as the drought. But we don't see the people and life from up there. Only at night do we see the lights of humanity.”

The big cities in Europe, such as Germany or France, are brightly lit at night. Ukraine was quite dark after the start of the aggressive war in February. "I thought there was a country missing. Ukraine was totally black, only Kyiv lit up. I noticed at a glance that something was happening down there.” And if you look closely: “Then you see small flashes of light. You might think it's fireworks, but it wasn't fireworks. I knew the war started down there and I know rockets are falling down there.”

Russian cosmonauts were also with him on the ISS at the beginning of the year. "We are a team and like a family," said Astronaut Maurer. He has already spoken to his Russian colleagues about the situation. “We said we are all against war. But I had already understood that my Russian colleagues had different sources of information than we did. There were indeed differences in the perception of this war. But we didn't exhaust the topic to the full between us, because we had to work as a team and had no influence on it anyway."

‹ ›
Keywords:
MaischbergerSandraSöderMarkusRusslandUkraineKrieg (24.2.2022)ARDNewsteam
Your comment has been forwarded to the administrator for approval.×
Warning! Will constitute a criminal offense, illegal, threatening, offensive, insulting and swearing, derogatory, defamatory, vulgar, pornographic, indecent, personality rights, damaging or similar nature in the nature of all kinds of financial content, legal, criminal and administrative responsibility for the content of the sender member / members are belong.
Related News