After 1574 copies, the jumbo jet is over

The Boeing 747 managed to be two things for two different worlds at the same time: it brought cheap flight tickets to the general public, which many who had previously been largely excluded from air travel could also afford. 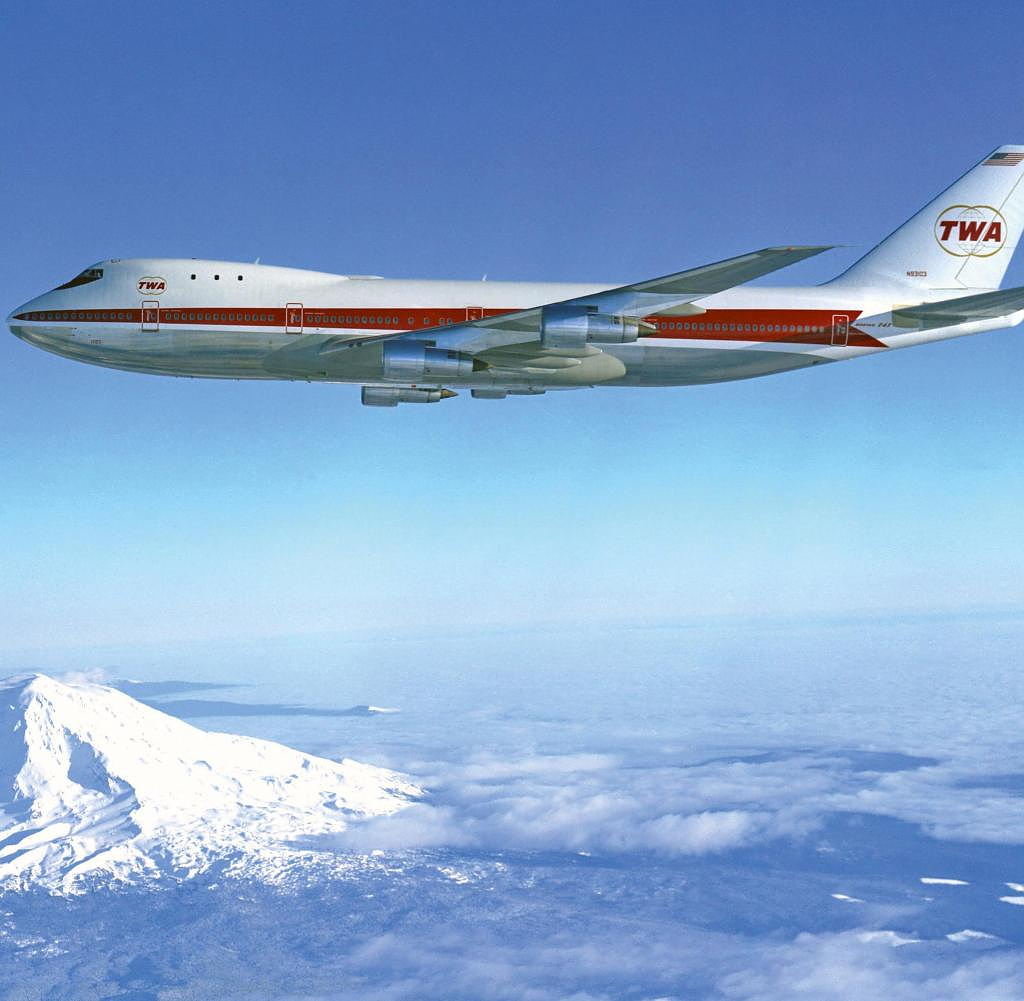 The Boeing 747 managed to be two things for two different worlds at the same time: it brought cheap flight tickets to the general public, which many who had previously been largely excluded from air travel could also afford. Suddenly, flights were being sold almost as an everyday necessities, made possible by the immense capacity aboard the 747. But at the same time, the big airlines lured wealthy premium customers with unexpected luxury on board their jumbo jets, especially on the upper decks.

However, early 747 operators struggled to fill their gigantic jumbos with enough revenue-generating passengers during a recession. The solution soon became part of aviation history: unprecedented luxury for economy passengers too, born of the need to make the most of the extra space in the cabin that was actually superfluous.

American Airlines removed 50 of a total of 303 seats onboard from the rear of the cabins of its early 747s and installed piano lounges in their place, which even featured a scaled-down Wurlitzer piano. Well-known singers on transcontinental flights such as Frank Sinatra Jr. often played here, in return for a free ticket.

"This is the most wonderful thing that has ever happened to an economy passenger," the airline proclaimed in an ad campaign, and it was probably true. While American initially marketed their jumbos as the "Astroliner", this has now been changed to the "747 Luxury Liner".

United Air Lines even built not one, but two economy lounges on the main deck of their first 747s, one at the front of the cabin and a smaller one at the back, which still offered ten standing places around a wet bar. United stuck to their line of marketing the planes as "Friend Ships" and therefore called the lounges "Friend Ship Rooms".

Not surprisingly, this dream come true didn't last long for passengers paying economy fares (which were heavily regulated and comparatively high at the time). As soon as the recession ended, all seats came back on board, bars and pianos were removed.

All the luxuries left to the passengers at the back of the plane were film screenings, initially shown with huge projectors from large rolls of film, and audio programs to be heard through pneumatic plastic headphones that today seem archaic.

From now on, luxury was pushed back to the upper decks, where the premium customers aboard the 747 were pampered. The offers hidden in the "hump" soon became the symbol of the 747 cabin - and became an illustrious projection surface for the zeitgeist of the early 1970s. This has inspired many of the boldest designers to create pioneering interior design concepts.

When Pan Am introduced the 747, the advertisements focused heavily on this particular space on the upper deck, giving it an almost mystical aura: "The circular spiral staircase leading to the cocktail lounge in the sky."

Other airlines tried even bolder designs than Pan Am. For example Qantas with their Captain Cook motto including a replica of a ship's steering wheel on the wall. Or Air India's Maharaja lounges, with semi-circular murals depicting scenes with Ajanta frescoes.

All airlines restricted this exclusive location to first-class passengers only, encouraging them to climb the spiral staircase and meet fellow travelers for a drink.

However, Pan Am saw a need to increase the value of their upper deck offering. "Management decided to convert this space into a dining room, and once again Pan Am has delivered a winning innovation unparalleled in the industry," said Jay Koren, Pan Am's first flight director.

The twelve-passenger restaurant concept was successfully tested in 1972, after which the decision was made to convert all upper deck lounges into restaurant-like venues. A galley and four tables were fitted, three with both forward and reverse facing seats, each for four guests, plus a table for two. Now first-class guests have even been asked to make reservations for their dinner session.

A former Pan Am marketing director described the ambience: “The dining on the upper deck was the same as in the main cabin but a little more relaxed. The upper deck was decorated in warm colors and the tables were set with fine china and cutlery, crystal stemmed glasses, beautiful tablecloths and flower arrangements. A name tag showed where each passenger was seated.”

Since then, the 747's own Stairway to Heaven "exuded an aura of mystery, and press articles vaguely hinted at the glamorous happenings in the partitioned area above the main cabin," according to Pan Am veteran Jennifer Coutts Clay, who later became a cabin facilities consultant. She even went so far as to refer to the Pan Am upper deck as "the first real mile high club," suggesting a sexual connotation.

In the early 1970s, the Boeing 747 also presented itself as an ideal vehicle for another emerging market: mass tourism. Since the late 1960s, package tourism by plane had been gaining momentum, especially in Europe. Holidaymakers flew with charter airlines and booked cheap flight and hotel arrangements with tour operators. The charter scene quickly experienced a boom.

As early as 1968, half of all package deals sold in Germany had a destination abroad, especially Spain, while in Great Britain it was only 15 percent. The big airlines also wanted to get their piece of the pie, because good sales could be achieved here outside of the heavily regulated scheduled services. Lufthansa made the best start here, through its charter subsidiary Condor at the time. She was the first to recognize what a perfect tool the 747 was for this market.

On April 26, 1971, Condor used the Boeing 747 on charter flights for the first time. Initially, Condor installed 470 economy seats in a one-design class, by far the most seats of any 747 at the time.

That was a quantum leap and more than two and a half times the seats on a single plane than before. Including babies and toddlers without their own seat plus the 16-person crew, the Condor 747 carried more than 500 people on many flights in 1971. And Condor never succumbed to the temptation to set up a lounge on the upper deck, instead there were 16 seats from the start.

"With its low prices, Condor made flying possible for many in the first place," says airline historian Karl-Peter Ritter. Operators in other countries soon followed the German example. The Canadian companies Wardair and National use the 747 on holiday flights, but also British Caledonian, the French Corsair and the Spanish Wamos Air, the latter even until recently.

The text is an excerpt from the recently published, lavishly illustrated book "Boeing 747: Memories of the Jumbo Jet" by Andreas Spaeth and Geoffrey Thomas, Delius Fine Books, 272 pages, 39.95 euros, delius-books.de.

‹ ›
Keywords:
LuftverkehrBildbändeLuftfahrtFlugzeugeFlugreisenAirlinesFluggesellschaftenBoeing 747United Airlines 747American AirlinesDelius Fine BookJumbojetOberdeckReiseBuchkapitelAndreas Spaeth
Your comment has been forwarded to the administrator for approval.×
Warning! Will constitute a criminal offense, illegal, threatening, offensive, insulting and swearing, derogatory, defamatory, vulgar, pornographic, indecent, personality rights, damaging or similar nature in the nature of all kinds of financial content, legal, criminal and administrative responsibility for the content of the sender member / members are belong.
Related News