After 12 years of delays, the Finnish EPR launched in the midst of the energy crisis

Steam from the nearby reactor, heated to nearly 300 degrees, spins the more than 60-meter-long turbine up to 25 times per second, heating the atmosphere inside the building to a temperature worthy of a sauna. 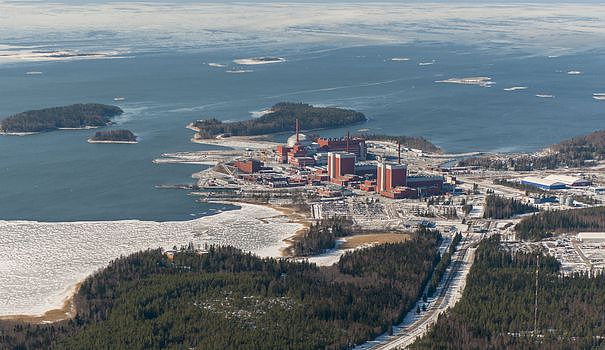 Steam from the nearby reactor, heated to nearly 300 degrees, spins the more than 60-meter-long turbine up to 25 times per second, heating the atmosphere inside the building to a temperature worthy of a sauna. finnish for the visitor dressed in protective equipment.

After long months of testing, normal commissioning is scheduled for December, but the concrete and steel cathedral built by the French group Areva on the south-west coast of the country reached full capacity at the end of September.

"It took a lot of perseverance and years of hard work to get here, so we feel pretty good right now," said Johanna Aho, a spokeswoman for Finnish nuclear operator TVO.

With 1,600 megawatts, it is now the most powerful reactor in Europe in operation, and the third in the world.

When "OL3" reached full capacity on September 30 for the first time since its construction was announced in 2003, it alone produced around 20% of the electricity consumed in Finland - 40% when adding the two reactors. existing OL1 and OL2.

"That's a lot of electricity and that's the stable and predictable level of production that nuclear power provides," boasts Ms. Aho.

The timing is crucial as Finland has to deal with the shutdown of electricity deliveries from Russia, i.e. an import capacity of around 1,000 MW.

A possible new problem would be bad news for the Nordic country, which already had to operate reserve oil-fired power stations last month.

Sweden remains a possible source of supply, but the neighbor is itself facing the risk of shortages this winter.

At the beginning of October, a dozen full-power tests remained to be carried out on Olkiluoto 3, during which the reactor will periodically stop producing for several days, or even weeks.

The enormous additional costs of the site started in 2005 were one of the main causes of the industrial dismantling of Areva, weighed down by losses of several billion euros.

A structure remains, whose main task is to complete the Olkiluoto site.

Despite this fiasco, support for civilian nuclear power has grown in recent years in Finland, spurred by climate concerns and global energy tensions. According to a poll published in May, 60% of Finns are now in favor of it, a record.

Since the cancellation in May of the Hanhikivi 1 nuclear project of the Finnish Fennovoima and the Russian Rosatom, no new nuclear reactor project has however been launched outside of OL3.

As early as 2006, delays in the construction of the main cooling pipe had already postponed the start-up of the reactor to 2010-2011.

The Finnish nuclear safety agency STUK then requested in 2009 several hundred improvements due to "problems related to construction", opening a conflict between the operator of the future reactor, the Finnish TVO, and Areva-Siemens, with also criticism of the Finnish policeman.

After several years of litigation and additional delays, Areva finally settled its dispute with TVO in November 2018, paying compensation of 450 million euros.

Launched in 1992 as the ultimate in French nuclear technology, the European Pressurized Reactor (EPR) was designed to revive nuclear energy in Europe, in the aftermath of the Chernobyl disaster of 1986.

The new model was touted as offering both higher power and better safety, but its construction proved to be a headache, and not just in Finland.

In France, the construction of the Flamanville EPR, which began in 2007, was also affected by massive delays, due in particular to anomalies in the steel cover and the reactor vessel.

The EPR has also been selected for a two-reactor plant at Hinkley Point, in the south-west of England, where the site has suffered from the coronavirus pandemic.

Electricity production is currently planned for mid-2027, instead of 2025 initially.

In China, two EPRs were launched at the Taishan power plant in the south-east of the country in 2019. One of the reactors, shut down for a year for a sealing problem, resumed production in August.