Afghanistan: exchange of prisoners between the United States and the Taliban

The American Mark Frerichs, kidnapped in 2020 in Afghanistan, was exchanged for Bashar Noorzaï, a warlord close to the Taliban imprisoned for 17 years in the United States for heroin trafficking. 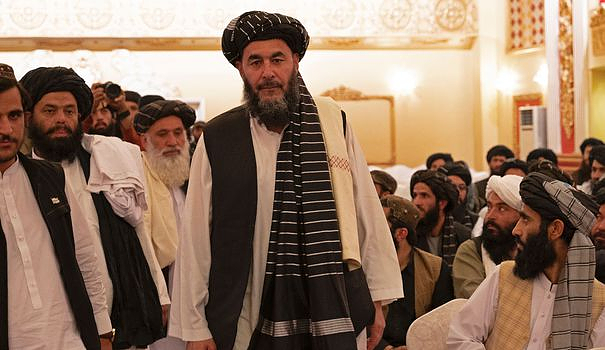 The American Mark Frerichs, kidnapped in 2020 in Afghanistan, was exchanged for Bashar Noorzaï, a warlord close to the Taliban imprisoned for 17 years in the United States for heroin trafficking.

"After lengthy negotiations, US citizen Mark Frerichs was handed over to a US delegation and this delegation handed over to us (Bashar Noorzai) today (Monday) at Kabul airport," the Afghan foreign minister said. , Amir Khan Muttaqi, at a press conference in the capital.

The US Navy veteran was working as a civil engineer on construction projects in Afghanistan when he was taken hostage, according to the US State Department.

He nevertheless "provided significant support, including in arms", during the emergence of the Islamist movement in the 1990s, he added.

"If the EIA (Islamic Emirate of Afghanistan) hadn't shown its strong determination, I wouldn't be here today," Bashar Noorzai told reporters when he arrived in Kabul.

His return was celebrated with fanfare by the Taliban regime, which returned to power in August 2021 after 20 years of occupation of Afghanistan by the United States and its NATO allies.

No country has yet recognized the new Afghan government, Washington having repeated to the Taliban that they had to "earn" their legitimacy before being recognized by the international community.

Despite the pride of the latter to have regained power, the country of 38 million inhabitants must face one of the worst humanitarian crises on the planet, according to the United Nations.

The situation only worsened when the disbursements of billions of dollars in foreign aid, which had supported the Afghan economy for decades, were suddenly cut off when the United States withdrew from the country. Some seven billion dollars in reserves have been frozen by Washington.

The Taliban's severe restrictions on women's rights have become a major obstacle to official recognition by the international community of the Islamist government in Afghanistan.