Afghanistan: at least 20 dead in an attack affecting students and the Hazara community

"Students were preparing for an exam when a suicide bomber blew himself up," said Khalid Zadran, Afghan police spokesman. 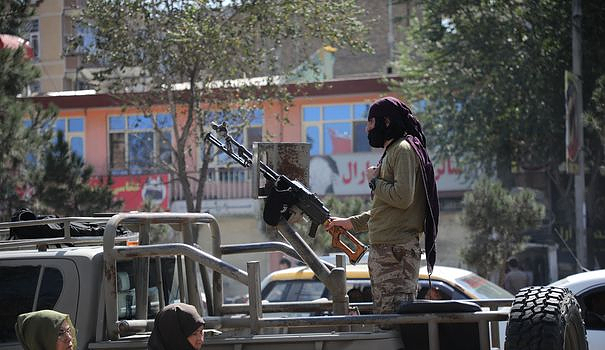 "Students were preparing for an exam when a suicide bomber blew himself up," said Khalid Zadran, Afghan police spokesman. Twenty people died and 27 others were injured, the source added in the evening.

The United Nations Assistance Mission in Afghanistan (Manua) told AFP that "according to the information it had, at least 24 people had been killed and 36 injured". Those numbers could rise, she warned.

According to a student on site at the time of the explosion, "most of the victims are girls". About 600 students were in a class at this training center preparing for university exams.

“Few of the boys were hit as they were at the back of the classroom and the suicide bomber entered through the front door where the girls were sitting,” said fellow student Ali Irfani.

This survivor said he first heard gunshots. The suicide bomber shot dead two guards before entering the classroom, he said.

"There was a loud explosion and then chaos, many students, boys and girls, tried to escape from the building," a shopkeeper, requesting anonymity, told AFP. "It was a horrible scene. Everyone was so scared."

"Many students received shrapnel in the head, neck and eyes," said resident Asadullah Jahangir, who helped transport the victims to hospitals.

The roof of the classroom collapsed, doors and windows were shattered by the blast.

This attack, which once again targets the education sector, took place in the Dasht-e-Barchi district (west of Kabul), a predominantly Shiite Muslim area where the Hazara minority community lives.

Education is an extremely sensitive issue in this predominantly Sunni country, with the Taliban preventing many girls from returning to secondary education (middle and high school). On the other hand, female students are admitted to university, but their number should decrease over the years, for lack of having been to college and high school.

The Islamic State (IS) group - another Sunni group also opposed to girls' education and the main threat of the Taliban regime - has claimed responsibility for several attacks in recent months. That of Friday was not claimed.

In the morning, families flocked to the various hospitals in tears, looking for their loved ones. Lists of people who died or were injured were hung at the entrance to the establishments.

"We didn't find her here," worried a young woman looking for her 19-year-old sister in one. "We call her but she doesn't answer," she despaired.

On April 20, at least six people were killed and 24 injured in two explosions that hit a school for boys in the same district in the west of the capital.

Dasht-e-Barchi has been heavily hit in recent years and since the Taliban returned to power in August 2021. Several attacks have been claimed by ISIS, the regional branch of the jihadist group Islamic State, which considers the Hazaras to be heretics.

In May 2021, a series of explosions also occurred in front of a school for girls in the same district, killing 85 people, mostly high school girls, and more than 300 injured.

IS, which had already claimed responsibility for an attack in October 2020 against a training center (24 dead) in the same area, is strongly suspected of having carried out this attack.

The Taliban are also accused of attacking the Hazaras as during their first governance (1996 to 2001). Their return to power ended 20 years of war and led to a significant reduction in violence, but security has begun to deteriorate in recent months.

The attack is "a shameful reminder of the Taliban's inability and total failure" to protect the Afghan population, said the NGO Amnesty International.