Activists in front of Lützerath throw firecrackers, bottles and stones at the police

On Monday, there were small scuffles between police officers and climate activists just outside the lignite village of Lützerath. 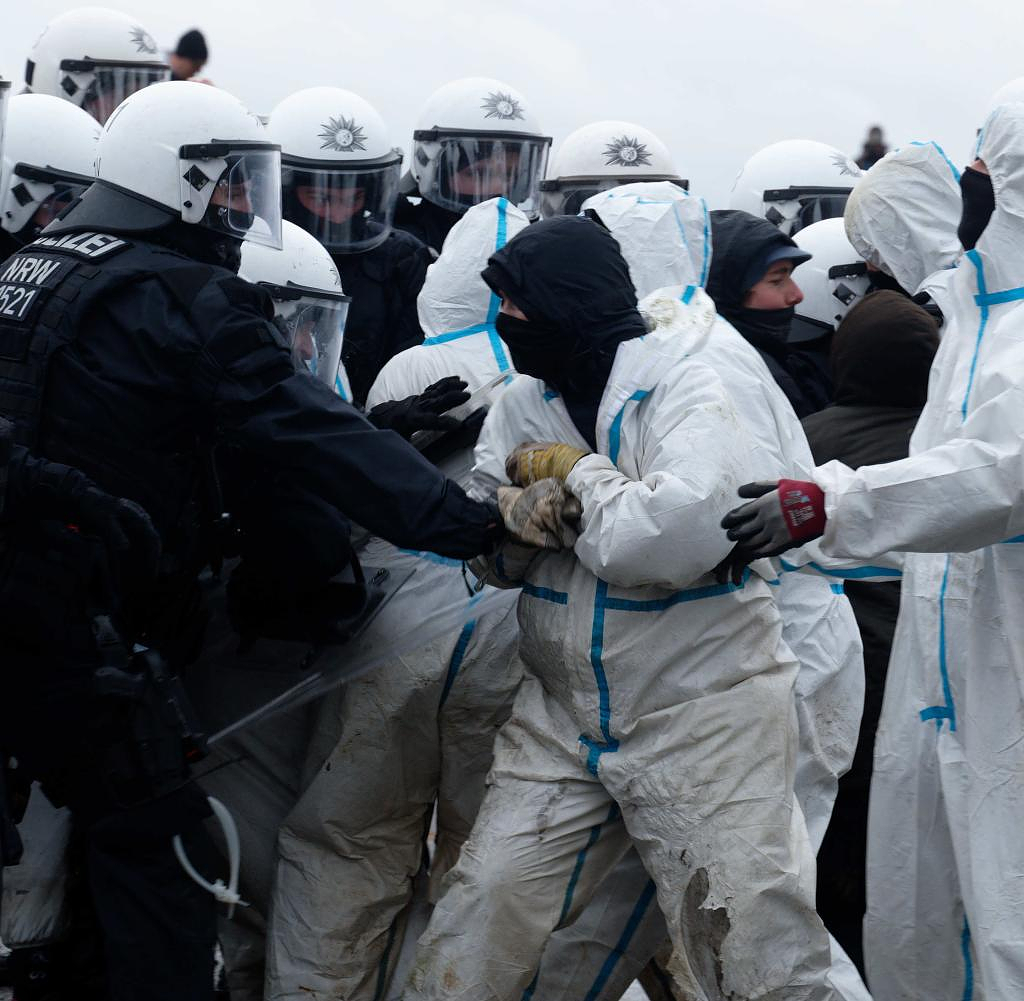 On Monday, there were small scuffles between police officers and climate activists just outside the lignite village of Lützerath. The activists threw firecrackers, bottles and stones at the police, reported dpa reporters on site. After that, the situation initially calmed down again. Police officers and activists faced each other in two rows in front of the "Lützerath" place-name sign. The police then withdrew.

Activists had previously positioned themselves behind a burning barricade. An activist from the “Last Generation” alliance had his left hand taped to the access road. According to the police, an activist who had been sitting on a so-called “tripod” injured his foot when dismounting without external influence.

A police spokesman said that the eviction of Lützerath was not scheduled for Monday. However, preparatory work for the planned large-scale operation would be carried out in mid-January. According to its own statements, the energy company RWE, which owns the houses and land, blocked three country roads.

Lützerath near Erkelenz in the Heinsberg district is to be dredged for coal extraction. However, activists who want to fight for the place live in the houses whose former residents have moved away. They see no need to dig up and burn the coal. RWE, on the other hand, says that Lützerath must be demolished in order to ensure a secure supply of power plants in the midst of the energy crisis.

According to the police and climate protection officials, the officials banned car trips to Lützerath on Monday, which is now fully owned by the RWE Group. The place could only be reached on foot. At the beginning of December 2022, the Bundestag approved the plans negotiated by the federal government, the state of North Rhine-Westphalia and RWE to bring forward the phase-out of lignite mining in North Rhine-Westphalia to 2030. The regulation also ensures the preservation of several other towns that originally also needed expansion of the Garzweiler mine should give way.

‹ ›
Keywords:
KohleRWEApple PodcastTexttospeechBundestagNewsteamPolizeiKrimiAktivistenAufstand Der Letzten Generation (Aktivisten)LützerathBraunkohle
Your comment has been forwarded to the administrator for approval.×
Warning! Will constitute a criminal offense, illegal, threatening, offensive, insulting and swearing, derogatory, defamatory, vulgar, pornographic, indecent, personality rights, damaging or similar nature in the nature of all kinds of financial content, legal, criminal and administrative responsibility for the content of the sender member / members are belong.
Related News