According to the PSOE, the meeting with Health delegate in order to improve local health care was an "absolute failure". 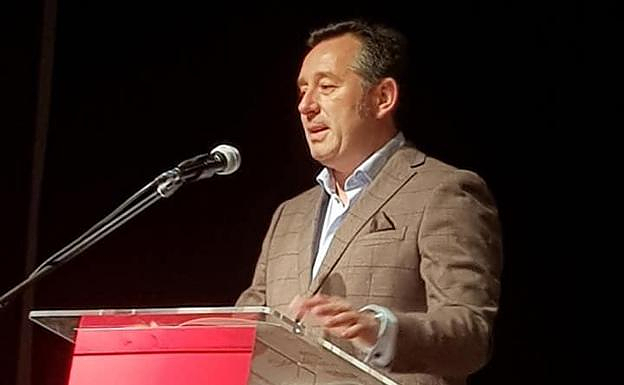 Diego Castano, the spokesperson for the Socialist Municipal Group in Olula del Rio City Council has called the meeting with the Andalusian Regional Government Health Council provincial delegate a "complete failure". The goal of the meeting was to improve the quality of health care in the municipality, which also affects the region of Almanzora. The socialists requested the meeting and it was attended by the mayor from the PP. It "has only served as a certification that the Andalusian Government, PP and Citizens does not intend to improve the services provided at the health center."

"All the promises made in September 2019 by the Andalusian right wing government at the inauguration our center have been forgotten" The socialist spokesman reproached the leaders of PP, Ciudadanos and Diego Castano, and said that the mayor "has once more looked the other way and continues turning his back on his neighbors who have been demanding improvements in health care for many years."

Diego Castano assured that it was "inconceivable", that representatives of the PP Board continued to "determined to keep this regional health centre with a minimum staff member of professionals" and that, further, the mayor "for not bothering party comrades is unable raise his voice to defend himself."

According to the socialist spokesperson, what is actually happening in the health center is that there is "a shortage of personnel" and a second team to provide quality care to the 10,000 residents of Olula Del Rio and five neighboring municipalities, such as Somontin and Urracal, Sufli and Sierro, who are currently being served.

‹ ›
Keywords:
PSOECalificaAbsolutoFracasoReunionDelegadoSaludMejorarAtencionSanitariaLocal
Your comment has been forwarded to the administrator for approval.×
Warning! Will constitute a criminal offense, illegal, threatening, offensive, insulting and swearing, derogatory, defamatory, vulgar, pornographic, indecent, personality rights, damaging or similar nature in the nature of all kinds of financial content, legal, criminal and administrative responsibility for the content of the sender member / members are belong.
Related News