Acceleration of renewable energies: mixed reception for the bill

On the menu of the text of 20 articles: transitional measures for 48 months to simplify procedures (relief in environmental assessment obligations or extension of public voting by electronic means), the multiplication of possibilities for installing solar panels (obligation to equipment on large car parks, possibility of installation on abandoned roads), pooling of discussions by seafront for offshore wind power. 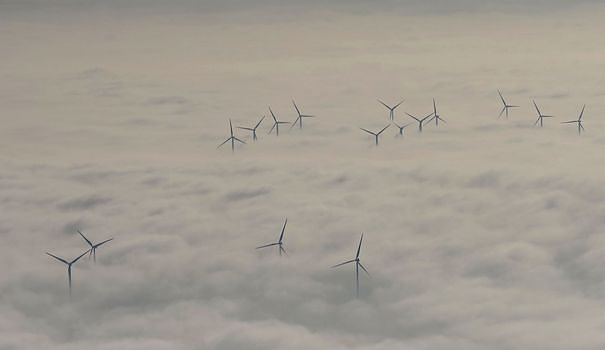 On the menu of the text of 20 articles: transitional measures for 48 months to simplify procedures (relief in environmental assessment obligations or extension of public voting by electronic means), the multiplication of possibilities for installing solar panels (obligation to equipment on large car parks, possibility of installation on abandoned roads), pooling of discussions by seafront for offshore wind power.

The text further encourages the "sharing of the value" of renewable projects with local residents, who would thus be more favorable to it.

The Council of State and the National Council for Ecological Transition have just been seized of this text, which should be presented to the Council of Ministers in mid-September.

"France is lagging behind" compared to its European neighbors, recognizes the text in its explanatory memorandum, calling into question administrative and legal red tape.

It takes 10 years to develop a wind farm at sea, twice as long as elsewhere. France has just produced electrons from its first marine park, off Saint-Nazaire.

The host country of the Paris agreement against global warming is generally behind on its plan to reduce greenhouse gas emissions and Emmanuel Macron announced in February an increase in targets on renewables.

France wants to multiply solar capacity by ten to exceed 100 GW and deploy 50 offshore wind farms to reach 40 GW by 2050. The doubling of onshore wind capacity to 40 GW will, however, be slower than expected, in 10 years instead of 30.

"There are a lot of good ideas" in the bill, greets Jean-Louis Bal, president of the Union of Renewable Energies (SER).

"On the simplification measures we are obviously very favorable, especially on offshore wind power": "it can greatly shorten the development times for projects", he notes.

But he remains cautious: "Many things will be decided in the decrees".

On the other hand, the reception is much more negative at the League for the Protection of Birds (LPO), which regrets a "purely sectoral" project which "completely forgets the issues of biodiversity".

"IPBES (UN biodiversity experts) says that the artificialization of environments is the first cause of the collapse of biodiversity. But what are we proposing? To go and put photovoltaic panels full field in sectors where it was impossible before, by derogating from the mountain law, the coastal law, etc.

"The best allies of renewable energies, like the LPO, are dropping out. It's indefensible", judges Mr. Verilhac.

Some measures also raise legal problems, such as the possibility of "raising more easily the thresholds for submission to systematic environmental assessment", included in the text. The idea is to exempt small projects from this long and costly procedure.

A measure that would go against the principle of "non-regression", which stems from the 2016 law on biodiversity. This principle states that environmental protection "can only be subject to constant improvement".

The bill "neutralizes it by explaining that it is a symbolic, decorative principle, and that we can no longer rely on it before a judge", explains lawyer Arnaud Gossement.

"It is the first time in the history of environmental law that the legislator would have to neutralize a general principle of law that he has just created (...) it is very dangerous because it creates a previous," he said.

According to the lawyer, it is possible to simplify impact studies without unraveling this principle of environmental law, for example by reducing the study or by pooling the costs.

A debate that parliamentarians will have to decide in October if the government calendar is maintained.