It is with this first text for the protection of abortion to "protect against a regression", as recently in the United States or elsewhere in Europe, launched at the start of the debates the leader of the deputies rebellious Mathilde Panot. 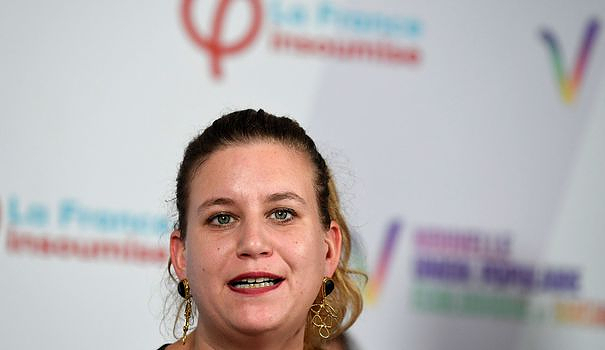 It is with this first text for the protection of abortion to "protect against a regression", as recently in the United States or elsewhere in Europe, launched at the start of the debates the leader of the deputies rebellious Mathilde Panot.

In front of a hemicycle provided on the left, she quoted Simone de Beauvoir: "It will be enough for a political, economic or religious crisis, for the rights of women to be called into question".

Justice Minister Eric Dupond-Moretti supported the proposed constitutional review, "more than necessary in these turbulent times". And deplored a "little game of parliamentary obstruction" with in particular "dozens of amendments, sub-amendments tabled last night" by opponents of the text.

"The sanitary cordon becomes loose" between LR and RN, estimated Ms. Panot, evoking "a misogynistic continuum" on this side of the hemicycle.

The number of amendments grew to more than 300 on this text alone.

The Insoumis had already reluctantly renounced on Wednesday two other of their initially registered proposals, one asking for a commission of inquiry into the "Uber Files" and the other an increase in the minimum wage to 1,600 euros net.

LR Xavier Breton, member of the Parliamentary Entente for the Family, accused LFI of preferring "societal one-upmanship" to "social issues", in a series of points of order showing the determination of each camp.

LR deputies believe that the right to abortion is not threatened in France. Some at the RN group have had anti-abortion positions.

Another proposal that unleashes passions, for a total ban on bullfighting, must be examined after that on abortion.

Unless there is a new change in the agenda, the following proposals, for the reintegration of unvaccinated health personnel or even the creation of an "autonomy allowance" for young people in training, risk falling by the wayside, the session ending at midnight.

The wish to engrave the right to abortion in the Constitution is shared by a majority of deputies, including those of the presidential camp. Who intend to vote, a rare thing, in favor of the text of the Insoumis.

"It would be politically illegible" not to do so, explains a Renaissance deputy, whose leader Aurore Bergé is carrying a proposal on the same theme, on the menu of the Assembly the week of November 28.

The text carried by Mathilde Panot, which received a first green light in committee, has a different wording from that of Ms. Bergé and asks to also sanctuary the right to contraception.

It is held in two sentences: "No one may infringe the right to voluntary termination of pregnancy and to contraception. The law guarantees to any person who so requests free and effective access to these rights".

Mr. Dupond-Moretti said he was "reserved on the current writing which has almost no chance of leading" to a constitutional reform, the conforming vote of the Senate being necessary.

However, a similar text had been rejected in October by the Senate dominated by the right, but by only 17 votes.

But "the political will is there", "let's walk together", invited the Keeper of the Seals to address the left.

The Insoumis urge the government to present its own bill to constitutionalize abortion.

A text coming from the government should also obtain the approval of the two assemblies, but, unlike a text of parliamentary initiative, it would not need to be submitted to a referendum at the end of the race.