Abdel Latif Rachid, an engineer at the head of a polarized Iraq

A graduate of Great Britain, this early Kurdish activist can boast of a long career in power in Baghdad. 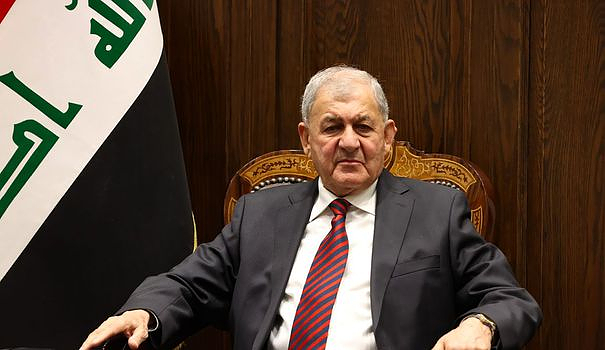 A graduate of Great Britain, this early Kurdish activist can boast of a long career in power in Baghdad. From 2003, he will be part of the first government after Saddam Hussein, whose regime was overthrown in the wake of the American invasion.

In the largely honorary position of President of the Republic, Latif Rachid, as the Iraqis call him familiarly, succeeds Barham Saleh for a four-year term.

Both come from the Patriotic Union of Kurdistan (UPK), the historic party of the Kurdish minority that Mr. Rachid represented in the 1990s in London.

Close to Jalal Talabani, founder of the PUK, Mr. Rachid has held the position of presidential adviser since 2010 – far from the spotlight.

While the pro-Iran factions of the Coordination Framework sought at all costs to form a government, his candidacy resurfaced at the last minute, the two Kurdish parties the PUK and the Democratic Party of Kurdistan (KDP) not arriving. to agree on a president.

"Latif Rachid's advantage is that he is no stranger" to the political scene, political scientist Hamzeh Hadad told AFP. "He was a minister for many years. Nothing will be new for him, even if he will be a new face for young Iraqis."

Born on August 10, 1944 in Suleimaniyeh, a large city in the autonomous region of Kurdistan (north), Mr. Rachid continued his studies at the University of Liverpool and then Manchester, obtaining a doctorate in hydraulic engineering in 1976.

Brush mustache, classic glasses and suits in sober colors, the septuagenarian who speaks Kurdish, Arabic and English rarely diverges from his technocratic style.

On his website, his CV recalls that he has been a consultant for international institutions, involved in several irrigation and agricultural development projects.

Between 2003 and 2010, he held the Water Resources portfolio, notably in the government of former Prime Minister Nouri al-Maliki.

In an Iraq severely affected by drought and considered one of the five countries most exposed to certain consequences of climate change according to the UN, he brings valuable experience.

Mr. Rachid will revive old battles waged when he was Minister: the diplomatic dispute with neighboring Turkey over the sharing of river waters, but also the safeguarding of the Mesopotamian Marshes, listed as World Heritage by Unesco, which he had helped regenerate in 2004.

It remains to be seen whether he will perpetuate the interventionist momentum initiated by his predecessor in the presidential office, at a time when the political scene remains polarized between a pro-Iran camp and the influential religious leader Moqtada Sadr.

In a multi-confessional and multi-ethnic country, "he has good relations with Shiite and Sunni politicians, he is respected by the Sadrist current", assures a government official who worked with him.

He has certain advantages, in particular his proximity to Mr. Maliki, a pillar of the Coordination Framework, an alliance that now dominates Parliament.

Another stormy dossier awaiting him: pacifying the rocky relations between Baghdad and Kurdistan.

"Barham Saleh will have left his mark as a charismatic president, but that has hardly improved relations between Baghdad and Kurdistan," adds Hamzeh Hadad. "If Latif Rachid is able to improve on this, he will eclipse everything his predecessor has achieved."

Married and the father of two boys and a girl, Mr. Rachid is a painting lover. In 2014, he opened an art gallery in Sulaymaniyah which exhibits local artists.