A visit to Canada's underrated capital

"Hello! Bonjour!” The bilingual greeting has long since become second nature to the seller at Ottawa's ByWard Market. 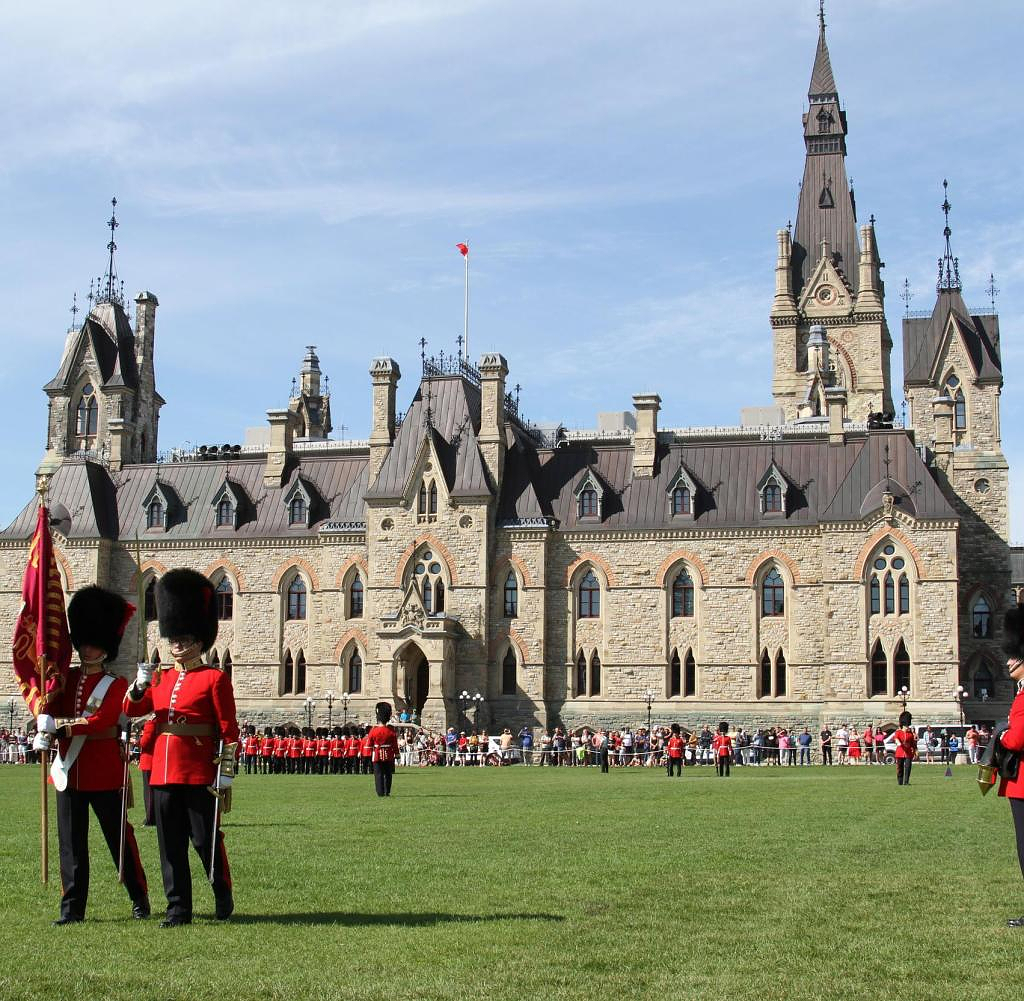 "Hello! Bonjour!” The bilingual greeting has long since become second nature to the seller at Ottawa's ByWard Market. Although Canada's capital is in the south-east of the English-speaking province of Ontario, French-speaking Quebec is only a stone's throw away. It has grown together with its Quebec sister city Gatineau on the other side of the Ottawa River to form a metropolitan region.

And with that, the Anglo-Saxon and French cultures merge in Ottawa like in hardly any other Canadian city. Although 63 percent of the residents state English as their mother tongue, many speak French as a matter of course.

Because in Ottawa, a lot of people work for government and administrative agencies – and the employees there have to be bilingual. Using both languages ​​side by side on an equal footing is extremely important to Canadians striving for balance. Not only Prime Minister Justin Trudeau and his cabinet colleagues therefore jump back and forth in speeches and statements between English and French - the people do it too, like the saleswoman in the market district.

Trudeau's workplace is the biggest tourist attraction and dominates the city's skyline. The government district on Parliament Hill is reminiscent of London with its venerable neo-Gothic buildings. The Parliament with the Lower House and Senate is towered over by the 98 meter high Peace Tower with its distinctive clock.

Visitors can tour the Parliament on guided tours, although the historic rooms have been under restoration since 2012. The meetings are held in an impressive outbuilding with a fascinating mix of old walls and a modern roof construction made of glass and steel.

A flight over Parliament Hill in one of Ottawa Aviation Adventures' almost 100-year-old biplanes is fascinating. The team around chief pilot Greg Reynolds starts its sightseeing flights right next to the Canada Aviation and Space Museum on the north-eastern outskirts of the city, where numerous aircraft and the working arm (also called "Canadarm") of the space shuttle developed in Canada are exhibited.

Equipped with a nostalgic pilot's bonnet, two passengers climb onto the double seat of the open machine. The pilot takes a seat behind it. No sooner has the engine started than it starts. After a few meters, the old plane lifts off the runway and turns in a wide arc in the direction of the city.

Mansions and embassy residences along the Ottawa River soon appear below. There are several small islands in the river and the Chaudière Falls, where the water rushes around 15 meters down.

Further east, the Rideau River flows into the Ottawa River via several stages. The Rideau Canal, which has been connecting Ottawa with Lake Ontario 202 kilometers away since 1832, meanders right through the city centre.

When the canal freezes over in winter, locals skate to work. In the summer, bikers bike along its banks and kayakers paddle across the canal, whose manually operated lock between Parliament and the historic Fairmont hotel "Château Laurier" is a tourist attraction.

Visibly overwhelmed houseboat renters and cool professional skippers on noble yachts are channeled over eight barrages between the canal and the Ottawa River, which is sea-like here.

East of the lock is Lower Town, the oldest district where the later Dutch Queen Juliana was in exile during the Second World War. When Juliana gave birth to Princess Margriet in the city in 1943, the Canadians declared the hospital room Dutch territory. So the princess could only become Dutch and stay in the line of succession.

Queen Juliana was grateful for the support throughout her life. Upon her return, she sent 100,000 tulip bulbs. To this day, the Dutch royal family sends replenishments every year.

The Canadian Tulip Festival in Ottawa, with more than a million plants, attracts around 650,000 visitors annually in May. Around 300,000 tulips bloom along the Rideau Canal alone.

ByWard Market is also located in Lower Town, which is teeming with art objects because the city invests one percent of its budget in public art. Around the large market hall there are countless bars, restaurants and specialty shops. Local farmers offer vegetables, meat, cheese and of course maple syrup.

Robert Hupe produces his maple syrup at his Maple Country Sugarbush farm two hours east of the capital. "We need 40 liters of maple juice for one liter of maple syrup," explains Hupe. The juice is only harvested over a period of 20 days.

What sounds like a tepid job is actually hard work. “We have 23,000 taps that have to be changed every two years. In addition, a 200-kilometer-long vacuum hose network that connects all the trees.”

The farmer is happy to let his customers try the different types of maple syrup, which of course also taste good on the Beaver Tails. The sweet lard in the shape of a beaver tail was invented near Ottawa in 1978 and gave its name to a chain of bakeries.

Beaver Tails opened one of the first of more than 150 stores in ByWard Market. The red hut is almost always under siege. The then US President Barack Obama also stopped by during a state visit. Obama seemed to like the cute beaver tails just as much as Ottawa, which is tranquil compared to Washington.

Getting there: Most flights to Ottawa are operated by Air Canada, with stopovers in Montreal or Toronto.

Entry: The Federal Foreign Office offers up-to-date information on its website; The Canadian government also provides information on the rules applicable to Corona on its English-language website; Information on electronic travel authorization

‹ ›
Keywords:
KanadaLänderporträtsOttawaStädteporträtsStädtereisenRideau CanalMaple SirupOntarioseeQuebecVancouverBarack ObamaPrinzessin MargrietReiseAhornsirupMontrealTorontoChâteau LaurierLondonBernhard KriegerLower TownOttawa RiverHillRideau Kanal
Your comment has been forwarded to the administrator for approval.×
Warning! Will constitute a criminal offense, illegal, threatening, offensive, insulting and swearing, derogatory, defamatory, vulgar, pornographic, indecent, personality rights, damaging or similar nature in the nature of all kinds of financial content, legal, criminal and administrative responsibility for the content of the sender member / members are belong.
Related News