A vision that wants to revive traditional trades

Andujar and crafts have had an indelible, everlasting relationship since the time the terra sigillata was shipped from Isturgi to the ends. 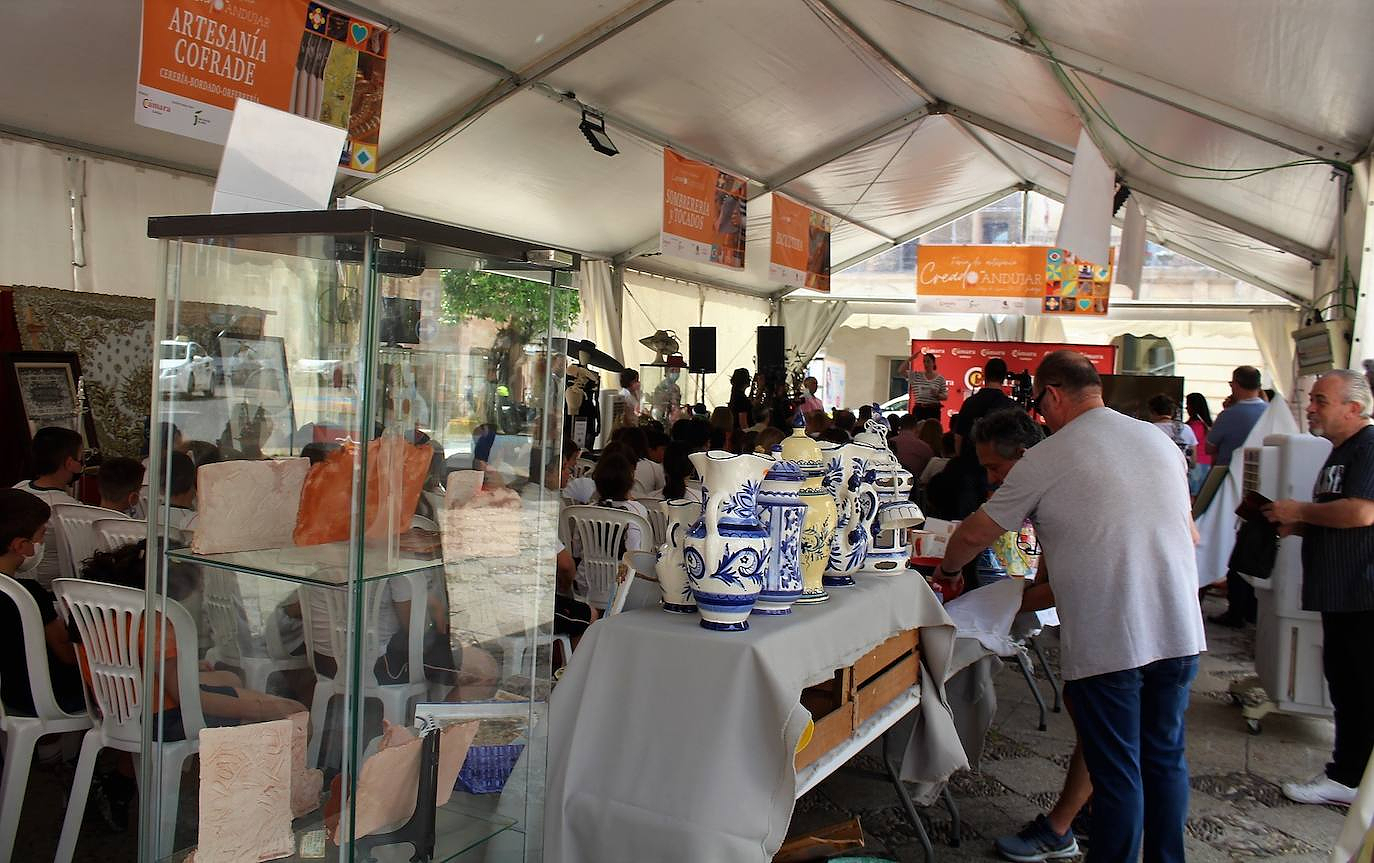 Andujar and crafts have had an indelible, everlasting relationship since the time the terra sigillata was shipped from Isturgi to the ends. This exhibited a root that could be used for trades like tailoring or albadoneria. Or establishing a symbiosis that is rooted in the city's depths as pottery or ceramic painting. These pieces are known as the "grotesque" jug and the "clay pit".

Andujar is also a great reference in the manufacturing of waxes. It supplies this material to religious entities as well as buildings across Spain thanks to the persistence of the Bellido family, who gives it great care and dedication in manufacturing. .

This splendor and implantation was wrought in a difficult and laborious situation. It was halfway between its greatest past and the danger of its disappearance due to lack of generational relief. The Andujar Chamber of Commerce and the Jaen Provincial Council, Andujar Town Hall, and the guild that gathers artisans have created synergies to strengthen an artisan sector closely tied to the city's idiosyncrasies. The Craft Fair "Created In Andujar" was created. Its title condenses many pretensions. It was inaugurated on Friday at Plaza de Espana and will continue until Saturday, May 21. The organization's leaders, the artisans and young people, have taken the lead because they are the ones who will ensure the survival of the craft.

Ana Pena, the manager of the Andujar Chamber of Commerce, recalled the fair's organization and how it involved institutions. He also stated that the Chamber is always aware of the support lines for the craft industry.

Pena said that the different meetings organized by the chamber entity, which included representatives from the institutions as well as artisans, showed the low visibility of the craft in the area. The creation of an association was one of the first outcomes.

In her speech, the Chamber of Commerce manager reflected on the fact that it was the artisans who proposed the creation of a fair to showcase the trades.

Luis Miguel Carmona (provincial deputy for employment) pointed out that the agreement with the Chamber of Commerce, which was substantiated at this craft fair, is linked to the intention of that provincial entity to generate wealth, employment in the municipalities, and support all socioeconomic sectors. "Despite the fact that our skills are not in employment, we are close to the needs of groups that we must help to create opportunities," Carmona stated in his speech. He also indicated the path to be followed in order to keep trades that value the land. He warned that training is the only way to go.

Manuel Bellido (the president of the Association of Artisans of Andujar) expressed satisfaction at the creation of the fair and thanked all those who contributed to its success. Bellido spoke of how the artisan trades are the economic engine for the territory, "they produced the products that were every day in the daily life of the people, which served as an important economic incentive." Bellido referred to the streets of the city named after these trades, and lamented their loss due the changes in technology and customs. Bellido, at the inauguration, predicted that "but this bet will serve as to revive these tasks."

Pedro Luis Rodriguez, the mayor, expressed his appreciation for the fair's participation. "This comes to showcase the talent of our craftmen and women who contribute in maintaining old trades that are part our culture and history which have been passed down from family to family. These initiatives will help strengthen the Andujar brand, said the councilor. He also announced a number of future activities that would try to create wealth in the municipality. Angeles Ferriz, the PSOE's parliamentary spokesperson, was also present at the ceremony.

Artists from the city of sacred and leather, including goldsmiths, embroiderers and potters, will be showcasing their work until Saturday. They will also hold talks and exhibitions to educate the public about the trades that can take you from the past into the future.

‹ ›
Keywords:
IdeaAnhelaReverdecerAquellosOficiosTradicionales
Your comment has been forwarded to the administrator for approval.×
Warning! Will constitute a criminal offense, illegal, threatening, offensive, insulting and swearing, derogatory, defamatory, vulgar, pornographic, indecent, personality rights, damaging or similar nature in the nature of all kinds of financial content, legal, criminal and administrative responsibility for the content of the sender member / members are belong.
Related News